The Bakers Dozen of BHRR’s Murray!

UPDATE: BHRR’s Murray has now been weaned down to 7.5 mg of Pred EOD and next week, should he continue to do well, go down to 5 mg and this is when he had his last relapse. So, in the weaning of his pred this time around, his Vet is going even slower and to date, BHRR’s Murray is responding great!

His bones continue to cause him issues and we have intermittent swelling plus limping on one of his front legs that is being monitored closely.

AND through it all, Mr. Furry Murray has been a rock star!

He may be a LOT smaller than his litter-mates yet he is mighty and strong and a thrivor.

Plus, he is so freakin’ adorable.

Once he is healthy, we can then neuter this cryptorchid boy.

Unfortunately, as can happen with Puppy Strangles, BHRR’s Murray had a relapse and the relapse was worse.

He was also losing weight.

His lymph nodes were still swollen. So, he was not able to be neutered at this time. He also remains cryptorchid.

AND once he gets into the exam room, he tries to jump and climb on to the exam table as this is where he has been examined since he was a wee squeaker.

Tried telling him that at over 75-80 pounds, perhaps the exam table is not ideal for being examined any longer yet, he feels differently! So, on the exam table he continues to go! LOL

He is responding well to the increased Pred and every two weeks, the dose has been dropping by 2.5-5 mg.

He was first rushed into Kanata Animal Hospital on Thursday November 2nd, 2017.

Months ago, we made the decision to move Monsieur Furry Murray to our Haven Program. He has had medical issues since he was born and has overcome much with his hind end and to all that meet him, he is not conformationally built like his siblings.

We adore him and his fan club adores him and we are committed to him and he will be given the best of lives…..

For anyone who may consider helping us with his ongoing care:

Donations can be made direct to Kanata Animal Hospital:
613-836-2848
*Murray has an extensive file under the “Birch Haven Rescue & Rehabilitation Services’ account

Via Email Transfer to gwen@birchhaven.org 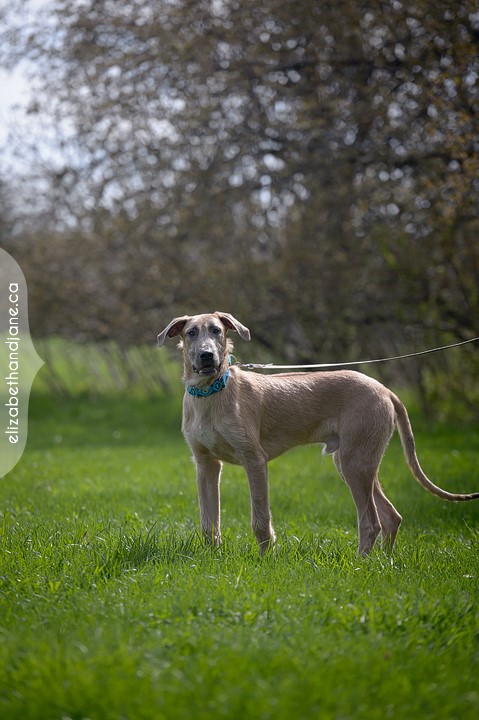