I captured this lovely shot of him during one of our walks today!

At the Vet tonight, he weighed a skinny 58.3 kgs(128.26 pounds). This boy should easily weigh 150 or so pounds and when he puts on more weight including much needed muscle mass/tone, he will look magnificent.

You can see from how he stands/moves that his hind end is a bit of a concern. The Vet agreed and also found that his left side was worse than his right and they wish for us to have him develop more muscle mass and tone prior to further investigation such as x-rays etc.

The Vet did not believe that he had any cruciate issues yet it is hard to truly manipulate a giant breed dog’s stifles without sedation. The plan is to let him settle in more before re-visiting. He went through a lot tonight and was AMAZING!

The one growth is as I thought, a skin tag, nothing that needs to be addressed unless it changes size, colour, bothers him etc.

The growth on his penis is not able to be determined without a biopsy and as he went through more than enough today, we will hold off until his next visit – when he has boosters. His hind end will be re-examined at that time. The Vet did not feel that it was cancerous yet no way to really tell without sending to histiopathology.

His resting heart rate was 20! He was so chill…laid on his side and pretty much almost fell asleep!

Heart, lungs, ears, all given a thumbs up!

According to the paperwork that was given to me upon his surrender – he was at a shelter in November and this previous home got him from there – he had bad ear infections yet his ears look good now.

Some tartar buildup on his teeth yet nothing that is urgent that needs to be addressed right now.

The raw area on his left rump area has new hair growth and his Vet was not overly concerned at the present time.

We did bloodwork that includes tick borne disease and heartworm testing.

Per his shelter paperwork, he was only given bordetella and so, we began his vaccine protocol.

Tomorrow, we will begin his de-worming protocol and put him on proper heartworm, flea/tick preventative.

When he is more settled, we will do a much needed nail trim too.

I truly cannot believe that this sweet boy had at least 3-4 prior homes AND also ended up in a shelter in his short life to date.

I really cannot believe it…. 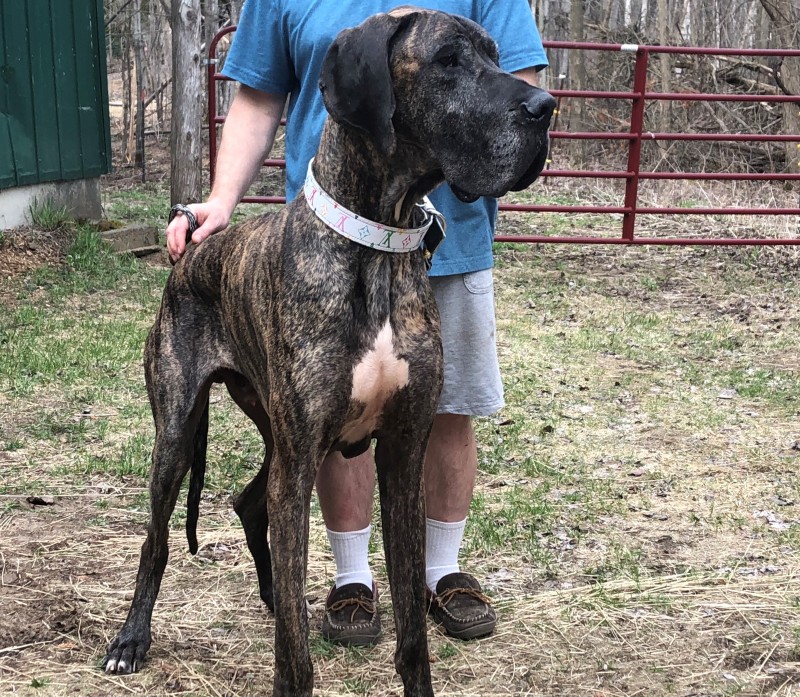