Last night – April 6th – he had his annual at KAH and he had a fantastic Vet visit.

He had to have a total of 4 leg surgeries on his front legs and he is now a happy, healthy, super affectionate, butt nipping if you ignore him and really life loving boy!

Several told us that he should have been killed – their words – and that it was not humane to give him what we felt strongly was the opportunity to have a great future.

Well, we believe in the dogs we assist…it was not BHRR’s Mavericks’ fault that others failed him….and, 5 years literally later, LOOK at him?!

MY heart just pounds with so much love and excitement for the life that this boy now leads!

He has human and canine friends. He has a 3+ acre fenced in yard to romp in, he has 148 trails to explore on, he gets to go for car rides to visit all of his favourite people and places and WINS hearts all over.

His name is legendary, his journey miraculous and we remain honoured to have been asked to assist him.

BHRR’s Maverick – you represent so much in goodness and heart plus soul!

You are literally an almost $25,000 dog and WORTH every penny, nickel and dime.

AND he is now sporting a new collar thanks to Julianne from onepawtwopaw who generously sent an extra one with the one I bought for my Wolfie Torin.

As soon as I saw the planes on the collar, I knew…I just knew that BHRR’s Maverick had to have it.

This boys’ soul sours…..and well, his brain is often in the clouds!

BHRR’s Maverick will need to go in for a dental and he has a lump on the top of his head that we need to biopsy – Vet was not overly concerned – and received a thumbs up for being a model patient!

Don’t you just love the frosting he is developing?!

AND he is also available for a special picnic snack play DAY date in our 7th Annual ‘1-on-1’ Special Date With A BHRR Dog Online Auction that is going on right now! 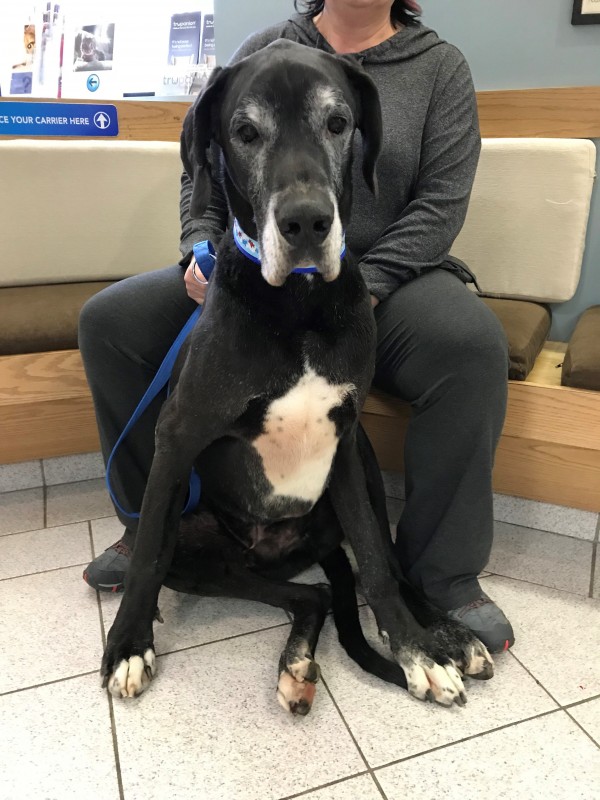