So BHRR’s Ryder was back at Liston Animal Hospital (613-591-0966) today for his eye as a post op check to his surgery on August 31st as it is no better and in fact, looks worse post op.

Sadly, as per our other post, the repair of what was not Cherry Eye as we know it yet, was eversion of the cartilage of the nictitating membrane was not successful. As you can see in the photo taken today on our way in to see Dr. Liston, his eye is not good.

Today, to see what may be going on, Dr. Liston put a local freezing on his eye and pulled up the third eyelid yet the one corner with every attempt made kept rolling back down within moments and the cartilage pops back up and is exposed.

Dr. Liston will operate again at the end of the month – when he also has his first opening and if the surgery fails again, he shall do a third surgery and remove the third eyelid. We discussed the long term effects of having the third eyelid removed and I was told that ‘he could be more prone to eye infections in his future.’ No crystal ball. He would not need eye drops as the tear duct would not be affected.

We will do whatever is in his best interest.

He is healing well from his neuter though – also done on August 31st – and is now almost 103 pounds! Where once he was an emaciated barely 48 pounds at 10 months of age, is now lean and muscled and has a fabu glossy shiny healthy black coat.

He will not be making his special announcement until we can get that eye of his properly repaired.

I shall update on Puppymill Mama BHRR’s Gem tomorrow and I know we have a Saint Lady excited to make her special announcement tomorrow too.

From our home to all of our friends, family and supporters, we wish you a good night! 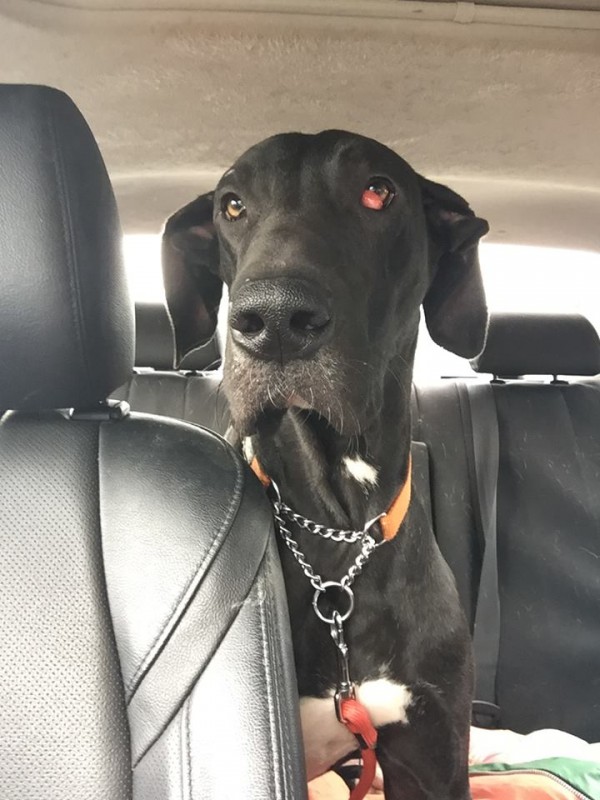