Both have been transferred to under Kanata Animal Hospitals care this AM.
613-836-2848 for donations

BHRR’s Lacey – in picture
*fecal smear done
*had fecal done last Thursday so was not repeated and was negative
*recheck exam
*remains on Famotidine, Sulcrate
*prescription special ordered for more meds
*will be de-worming yet again with Interceptor & Panacur once stomach/gut settles
*Progut will be started and she will be taken off of Forti Flora
*she is eating Gastro wet and dry and doing well
*she has gained weight since Saturday – now 39.2 kgs
*her Vet @ KAH also believes a toxin exposure is the cause of her being ill
*she is being taken off the Benadryl from the allergic reaction she developed in hospital at Alta Vista Emergency
*Vet does not want her to be on clindamycin for her mouth – the Vet has found three of these granulating wounds in her mouth – there was 2 noted by Alta Vista on Saturday – cause is not known – inflammed, some pus yet with all the stomach/gut issues, feels it is too much for her right now. Her Vet at KAH says that one is a puncture wound. Fostermom did say that one of their own puppies they own has grabbed her on the mouth.
*has not vomited since Saturday and is drinking some. Urine is concentrated.
*still has diarrhea

BHRR’s Cagney – not doing as well as her sister
*recheck exam
*fecal smear
*had fecal done last Thursday so was not repeated – was positive for Coccidia
*remains on Famotidine and Sulcrate
*repeat x-rays done to confirm is partial obstruction and is moving and yes….deep in colon now and no longer in cecum area – will continue to be monitored and surgical measures taken if necessary
*prescription meds special ordered
*will be de-worming yet again with Interceptor and Panacur once stomach/gut settles
*Progut will be started and she will be taken off Forti Flora – which she has not eaten as is
*as of late last night, she has begun to nibble at some wet a\d food and now today she has eaten some wet a\d food twice and now some dry Gastro kibble has been offered around 1 pm and she ate that too.
*she has lost weight since Saturday – 37.6 kg now
*her Vet @ KAH also believes that there has been a toxin exposure
*she is being taken off of Benadryl from the allergic reaction she developed while in hospital at Alta Vista Emergency
*is drinking some, urine is concentrated
*still having diarrhea
*has not vomited since Saturday. Did have one small nauseous moment on Sunday late afternoon yet only a small amount of drool noted
*subdued and quieter than her sister

We truly would be so humbled and forever filled with appreciation for any consideration to their bills…..

One other thread link is below of their story…..and I promise to update as I can. 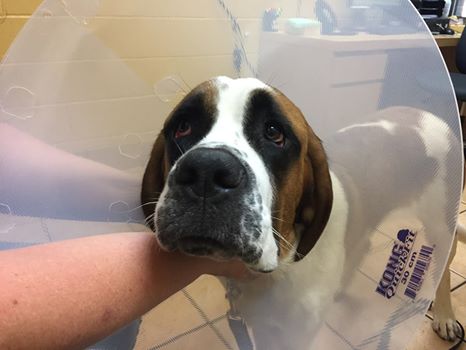