Today BHRR’s Maple headed to LAH to see about the removal of this mass since she is now done her course of antibiotics.

Upon exam, Dr. Liston noted her one lymp node by the mass was swollen. He was also able to extract some ‘amber’ fluid with his fingers on one of her teats.

The mass has shrunk since her antibiotic course has ended yet is still substantial as noted in the picture below.

He felt that she still most likely had some infection left and explained his theory on how BHRR’s Maple as a spayed female had mastitis. He believes that she most likely had been close to having a false pregnancy at the time of her spay in August of 2016 and that this could be the possible underlying cause of her current mass condition. There is no definitive answer of course yet a theory given.

We had done blood-work in December and her mass removal surgery has been scheduled for January 25th. 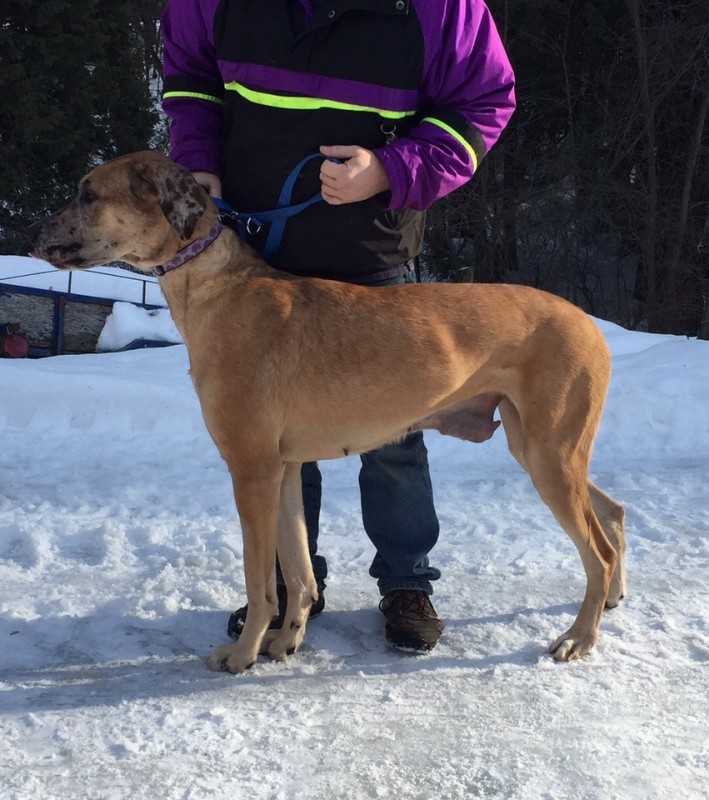