BHRR’s Hercules had a GREAT day at our 8th ANNUAL KAH/BHRR Fundraiser! A fabu day!
Here is a testimonial of his human ‘handler’ for that day. 🙂

Here is my blurb for Herc. I really fell in love with this guy.

“I was a little surprised and a bit nervous when I was told that I would be partnered with Hercules at the July 2015 Nail Trip and BBQ event in Kanata. I was worried about what I would have to do to make sure this three legged fellow would be comfortable for the day. Would I have to avoid the pavement? Would I have to make sure he rested regularly to ease the burden on his remaining legs? How hard would it be for him to navigate tight spaces? Those concerns vanished after about five minutes of handling this strong and social boy. Right from the time I met him, Hercules’ attitude was “let’s meet new people and explore”. I did not get much time to sit for the first few hours of the event as Hercules was intent on seeing every display and every person there. Any cluttered or tight spaces he encountered were not a problem for Hercules as he navigated them with ease and grace. Another foolishly thought I had was that with only three legs, Hercules would not be as strong or energetic as most Danes his size. That thought went out the window when he nearly blew me off my feet to go see someone he knew who had called him. I wasn’t expecting him to show such power and that is when I started to call him “Mr. Hercules” because he had earned my respect. This guy is also quite the charmer. Hercules quickly discovered that the ladies in one tent had treats and made an hourly visit to them like clockwork to get a snack and lots of attention. His attitude and looks melted their hearts and I think he knew it. I could tell Hercules was enjoying the social interaction because of his tail. The only times it stopped wagging was when he laid down for the occasional rest in the sun and even then, Hercules wagged it a bit. I was very impressed with his social skills and he was wonderful with everyone he met, especially small children. I watched a small four year old girl approach him and stop a few steps away from him. Hercules got up, wandered over and sat down with his head resting over the little girl’s head. I helped her pet the big fellow and I could tell both of them were very happy with the result. I was also impressed about his reaction to other dogs that were vocal towards him. A few times, some of the smaller dogs who had come to visit the event barked at him because he had wandered too close to their owner or one of the kiddie pools that the smaller dog was in. Mr. Hercules merely paused and moved on without a hint of retaliatory bark or action. The only time I heard him grumble was if another dog rolled into him while he was lying down. It was a short, low “push off, please” grumble that let the other dog know that Mr. Hercules was trying to relax. Overall, I really enjoyed my experience with this fellow. Strong, social and energetic, Hercules has the patience of a saint and has this special kind of charm that can win anyone over. I found it really hard to leave this fellow at the end of the day and it broke my heart to have to load him up for his ride back to Birch Haven because I have become quite fond of this wonderful, amazing guy.” 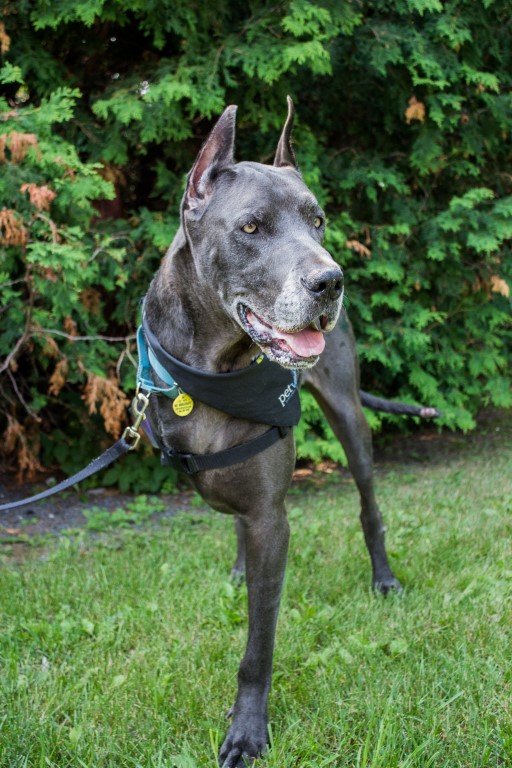 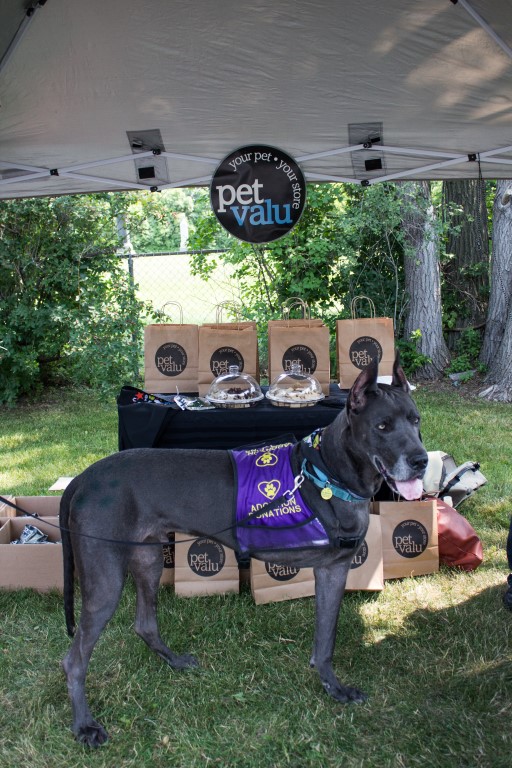 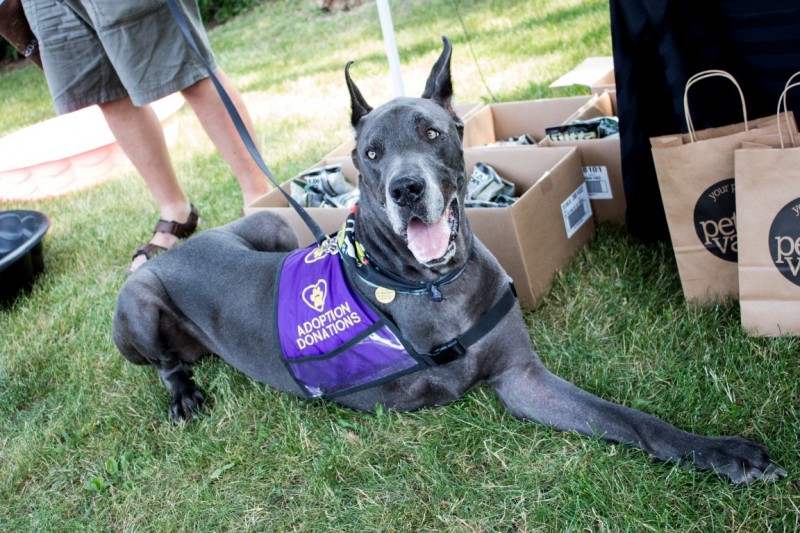