BHRR’s Mindy arrived today. I have added 4 pictures to her slideshow and put one below. She has personality inside that quiet demeanor of hers! She is very tall for a female and I will measure her tonight yet I think around 35″. For all that have met BHRR’s Shiva; you will understand what I mean when I say that BHRR’s Mindy is a ‘taller’ version of her. She needs a pound or two and some muscle toning yet is in excellent shape and though her paperwork lists her as having a birthdate of January 11th, 2004 on the shelter paperwork(yet owners can put down wrong information); I am finding it very hard to believe she just turned 6. I would say 4+ years if I was a betting woman. The white on her face means nothing. With the ‘masking’ gene, many Danes are white/grey by the time they are 1, our Brindle RIP GD Dragon included. I SO love that look!!!! Her teeth, body condition etc. are just amazing! She is defnitely spayed and clearly has never had a heat nor litter in her life. She was a great travel buddy on the way home, looking out the window, asking for some love by sniffling my hair or bumping my elbow and she came to the post office with me, through Timmie’s and just did marvelous. It was because she was such a great travel buddy that I did some errands with her. She was clearly given a nice sweetsmelling bath before I got her and had a nail trim yet for some reason, she was reeking of cigarette smoke. She came home, had a nice pee and some diarrheoa outside and when she came in, she was fine with our almost 11 year old Kona yet was not too enamored with BHRR’s Potter, who was very excited to think that there was a new playmate for him here. She was really good about trying to communicate her displeasure with him and his e-collar. Well done Mindy! Poor Potter, Albert wants to love him, he does not want to be loved by Albert; Potter wants to play with Mindy and Mindy wants nothing to do with him!  😛 Mindy was not very keen on going into her crate and with some persuasion of food, we got her in and she did vomit up some of her food a few hours later. I have begun to de-worm her under our Panacur protocol. I have put her on Sentinel and on Saturday when she sees the Vet, I will bring in blood for a HWT and have her DHPP booster done plus Rabies. I would think that in a couple of weeks, BHRR’s Mindy will be put up for adoption. I just want to get to know her better and to best determine what home she will be well suited too. Though, she has loved all humans and is calm, comfortable and confident; she has been a bit displeased with the dogs going up to her crate to investigate her(not abnormal behavour by any means for a lot of dogs). She has done some barking in her crate to tell me how she feels about being in there and us out here.  😉 I think I am going to LOVE this girl very much! Overall she has settled in her crate wonderfully. She showed deep interest in the horses, yet was not fixated. She noticed the guinea pigs yet also did not seem particularly taken with them or not taken with them. Tonight, we shall integrate her with some of the other dogs and see how things go. Her leash manners leave a bit to be desired too. As Sean was trying to work on his laptop today, she kept going up and bumping his elbow and ‘talking’ to him for some attention and loving. A princess in the development she could very easily be. I know that BHRR’s Dana has her knicker all twisted right now, anxious to meet her and set about the ground rules.  😉 I am looking forward in getting to know her better. She has also now been integrated with Cherokee and BHRR’s Parker and all seems to be fine. A busy household we have been these past couple of days with the addition of BHRR’s Albert plus Mindy. WELCOME BHRR’s Mindy to the family AND know that WE want you and that YOU are deserving of all the great things life has to offer!!! 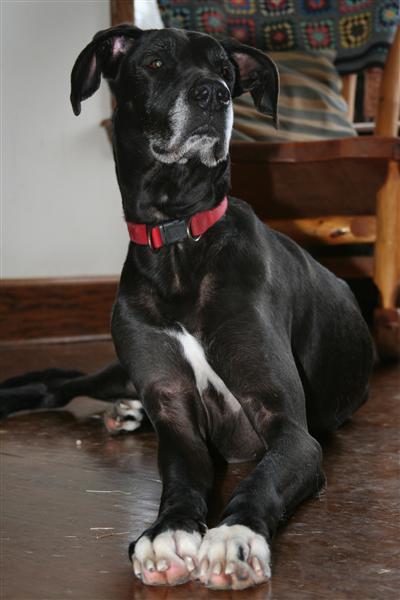