BHRR's UPDATE: The decision was made to puncture biopsy that growth on the side of his muzzle. Send him positive thoughts that it is a papilloma or some such non threatening diagnosis. It has been sent off for pathology. It was changing so fast that this is the best decision!
He broke a toe nail right back and so, antibiotics for him and he had a mani/pedi plus a good ear cleaning today!
He looks cute with his blue sutures against his fawnequin hair.
His weight was 77 KGS(169.40 pounds) and he could still stand to gain a few more.
Always a big hit at KAH or wherever he goes!
The dog that was expected not to live a year has just turned 5!!
Please do pray for no bad results on that growth…. 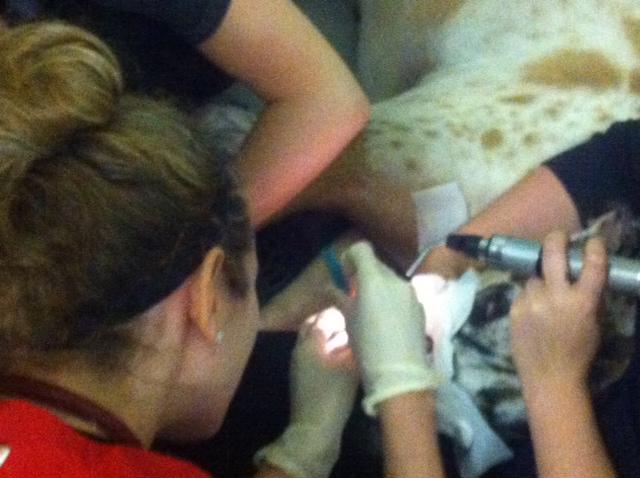 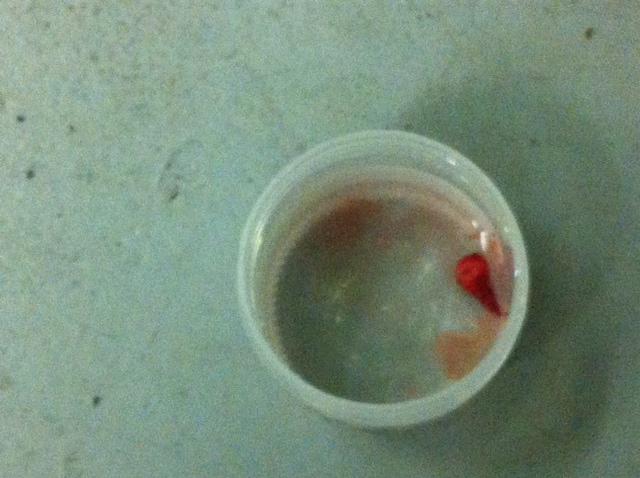 BHRR's Porridge – Biopsy surgery & the puncture biopsy tissue being sent off for pathology/histology – May 22nd, 2013