BHRR’s Jaxson is doing amazing! He completely ‘stole’ everyone he met on Saturday at our BHRR’s Mini Open house to ‘heaven’ as I knew he would! He is such an incredibly brave and strong boy. He has been healing just wonderfully and within the next day or so, I shall remove his pain patch plus his drain. The staples plus sutures can come out within another week. The Vet did say as the leg was completely ‘dead’ that Jaxsons’ recovery could be much better than other dogs who have leg amputations and though it is easier to physically remove a back leg and is also better on the dog to have a back leg removed(I have had several in-depth conversations with a couple of Vets on this topic) for mobility and balance; Jaxson is kickin’ major tush! We have had to switch over to a stronger antibiotic for his cold and now we are working hard to keep him ‘busy’ and calm for he is bored and last night, he had a small case of the zoomies in the house with Sean hot on his heels trying to ‘catch’ him to stop him. I have to admit it made me *giggle* a bit for Jaxson’s face was full of puppy glee with a facial expression of ‘I am free! I am free! You cannot catch me!’. Unfortunately, for him, Sean did ‘catch’ him and back to the X-Pen set-up we have for Jaxson he went. We have a double bed plus a twin in the X-Pen area and have been giving Jaxson nice dinosaur bones to chew and Kong toys with treats inside to work at getting out but he wants to be more physically active and we cannot let him overdue things. He is still very much in the early stages of healing and has a long way to go yet to Jaxson after having such a terrible leg with injuries like that; he feels like he is ‘on top of the world’. I have received quite a few inquiries in regards to if we shall be placing Jaxson up for adoption and the answer is ‘yes’. There is no reason why Jaxson cannot be adopted and when he is ready; we shall move his status to adoptable. As with any of the dogs under our care; should he never be adopted, he has a place to call home with us. I know that Sean is completely enamored with him and WHO would not be. This boy ROCKS! I am still debating about whether he shall come to the BHRR Boat Cruise Fundraiser this Saturday October 3rd and when I go to pay for the catering on Thursday; I shall see if the Captain is there to discuss this possibility. I do not feel overly comfortable having Jaxson be by himself that long. Up to now, he has been watched 24/7 between myself and Sean and at our Open House; by a wonderful Volunteer Suzanne. We still need to raise about $800.00+ more for his ‘Jaxson’s Journey’ Cause to pay off his Vet Bills and as always, we thank EVERYONE for their continued support of Jax. We shall continue to accept donations until his Vet Bill is paid off. We continue to plead to the public that with your kindness of monetary gifts; we can continue to help Jaxson on his journey to a much better life than what he had before coming to BHRR. I am also attaching two pictures below of Jaxson from the BHRR Mini Open House that was held on Saturday September 26th. 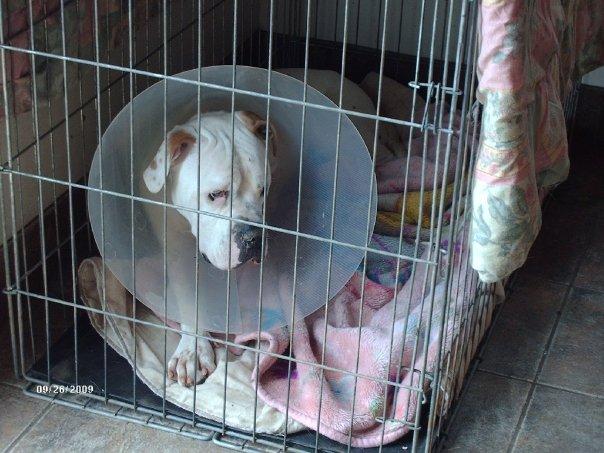 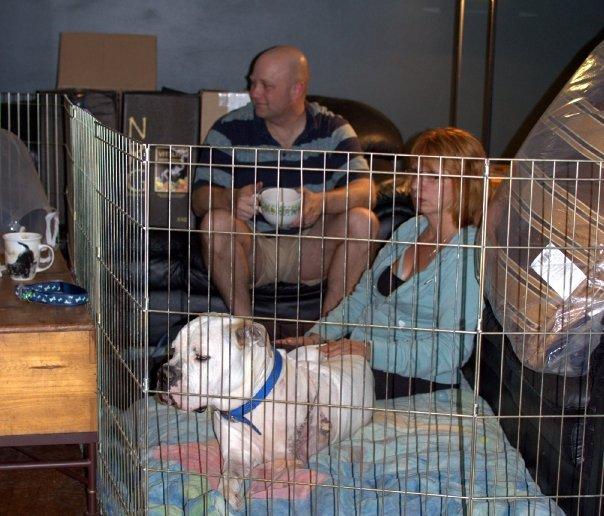