BHRR’s Miss Meadow
Rescued Mama to my rescued three blind/deaf mice
April 24th, 2019 – on our way back into KAH today

**GRAPHIC PHOTO’S IN THREAD**
IF YOU ARE BOTHERED BY BLOOD, DO NOT SCROLL DOWN*

As I was shopping for the family groceries yesterday afternoon, Sean called me to say that Meadow was suddenly actively bleeding from her privates.

Per Sean, there were not any signs of trauma and if, Sean says a dog is actively bleeding, I am going to move fast.

I immediately abandoned my cart of groceries and asked Sean to pack her up and meet me in Kemptville.

I called KAH and an appointment was made. I passed along what I knew to date from Sean.

Sean met me in Kemptville, we loaded her up into my car and on my way to KAH, I called them and updated re: her status.

Mentioned that she was passing massive blood clots and that I was taking her in through the side door as she was covered in blood.

Arrived to KAH and I shall be forever grateful to Dr. Ashdown, Cailey and to my *blood* partner Nadine who spent ages helping me to clean up after Miss Meadow…..the blood was everywhere and I mean everywhere..splattered and splashed and pooled and smudged.

Miss Meadow was throwing clots 5-7 cms in diameter and the amount of frank blood that was coming from her vulva was alarming.

Miss Meadow had not had any trauma, she was not exposed to any rodenticide on our property – neighbours do use yet her exposure to it was remote, we do not have her exposed to any intact males and she had been spayed elsewhere 13 days prior. Her spay incision was also nicely healed by this time.

She was having acute m3 vulval hemorrhage and every few minutes passing these huge blood clots.

She was placed on IVF and much discussion was had as to whether she should be transferred immediately to emerge – may need an exploratory.

Over the next couple of hours the bleeding slowed down once we got her into a run and quiet and the fairly probable cause of her hemorrhaging was narrowed down to a complication from her spay done elsewhere 13 days prior.

Possible erosion of uterine stump vessels or uterine stump ligature issue – so, complication from recent spay most likely the cause.

She ended up coming home on IV fluids as by the time 8:20 PM rolled around, the bleeding had pretty much completely subsided and though she had a clot protruding from her vulva, she was not passing any more clots.

The plan was that if she began to actively bleed again, we were heading straight to emergency.

She had a good night on fluids, drank, ate some small amounts of food & we were back first thing this AM.Temperature remained normal.

If there was limited improvement an emergency exploratory would have been done today at KAH or even at the Emerge Hospital.

PCV was repeated this AM and was normal and her personality while not quite back to normal, was getting back there…..

We wanted to keep her on IV fluids today at KAH yet she had other ideas…she pulled it right out from underneathe her bandages!

I am SOOOOOOOO grateful to her Vet Team at KAH for being there for her and I. So, a very special shout out to Dr. Ashdown, Cailey and Nadine. I could not have had her in better hands and as always you were amazing to work with!

AND she remains being closely monitored and should anything deteriorate, we will be into the Hospital or Emerge in a blink of an eye…..

What is so miraculous about this is that we were informed that these kinds of complications rarely resolve without surgical intervention and so we are all staying positive that she will not have to have surgery…..she is doing amazingly well.

I also much thank the anonymous donor who took a HUGE financial pressure strain off of me by making an incredibly generous and loving donation….you are truly a life saver.

While I have so much to do – lost last night, was up all night with Miss Meadow, worked an extremely long day, had to get those groceries to feed the family and the list goes on and on….tonight, I am calling it quits early, going to snuggle this beautiful gem of a dog that has come so far in her time with us and going to hold close to my chest that an angel was watching over her….

From my home to all of our friends, family and supporters, good night wishes being sent…..

As Nadine and I began to clean up one area & an example of the blood clots she was passing. 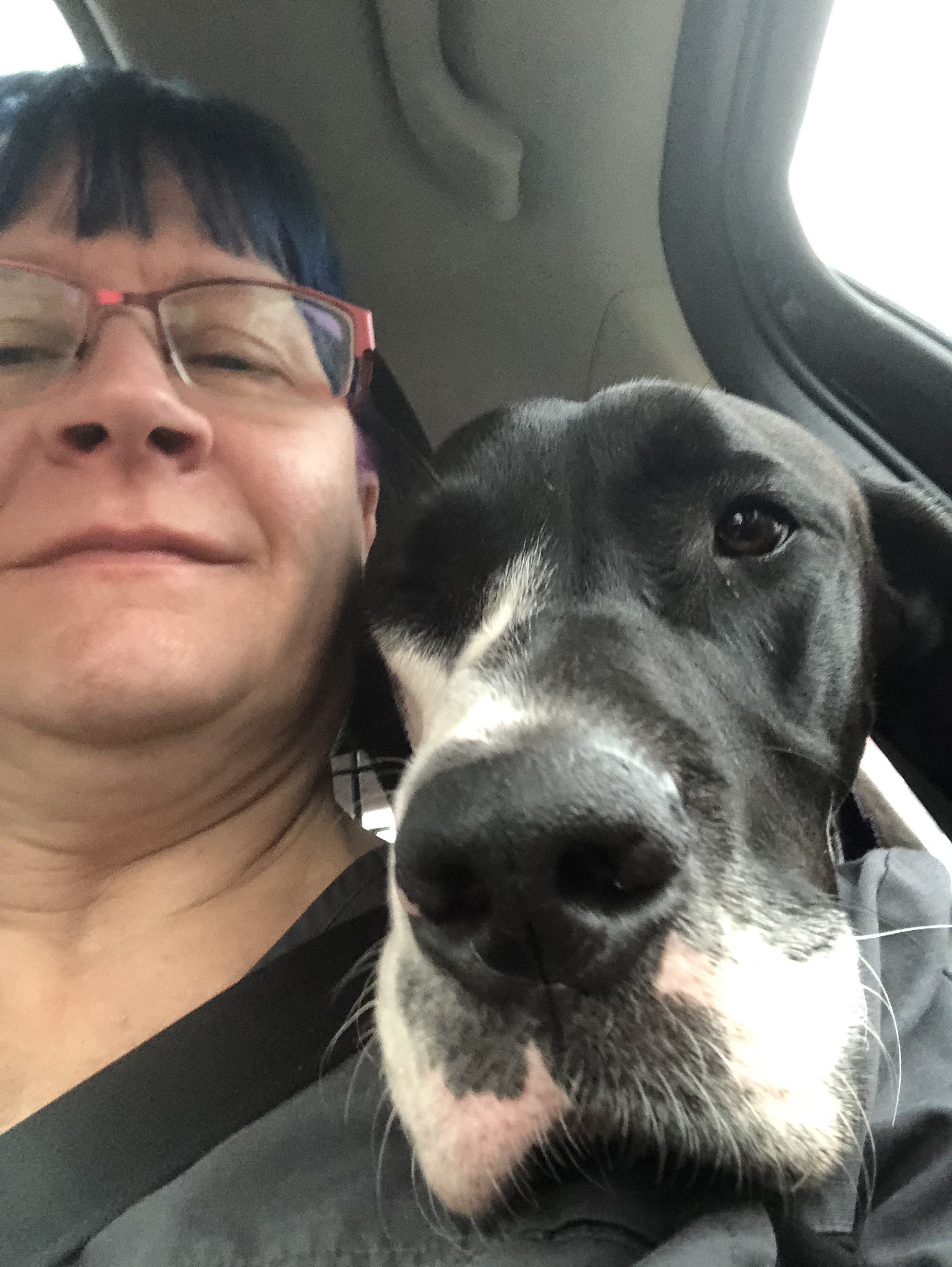 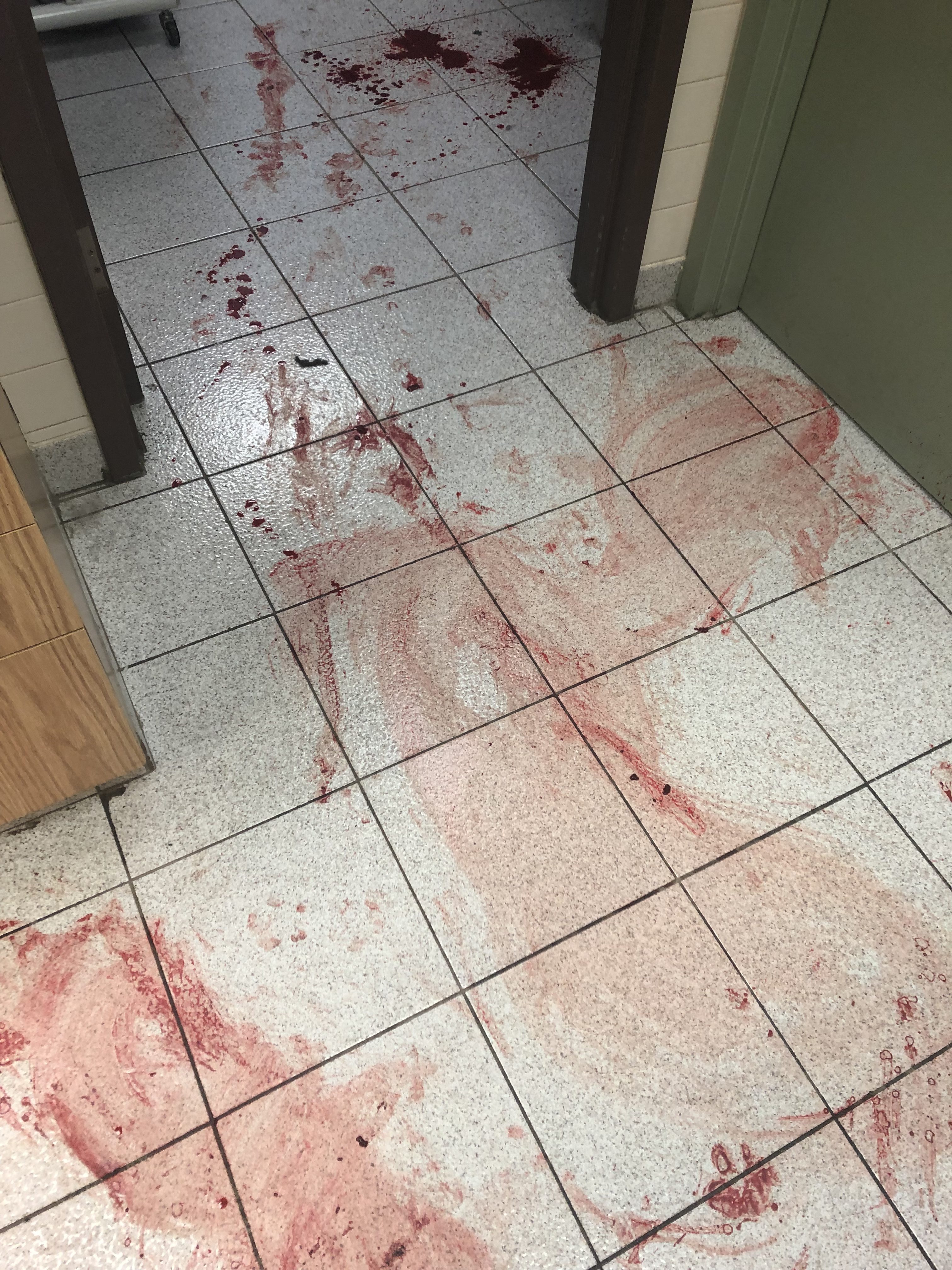 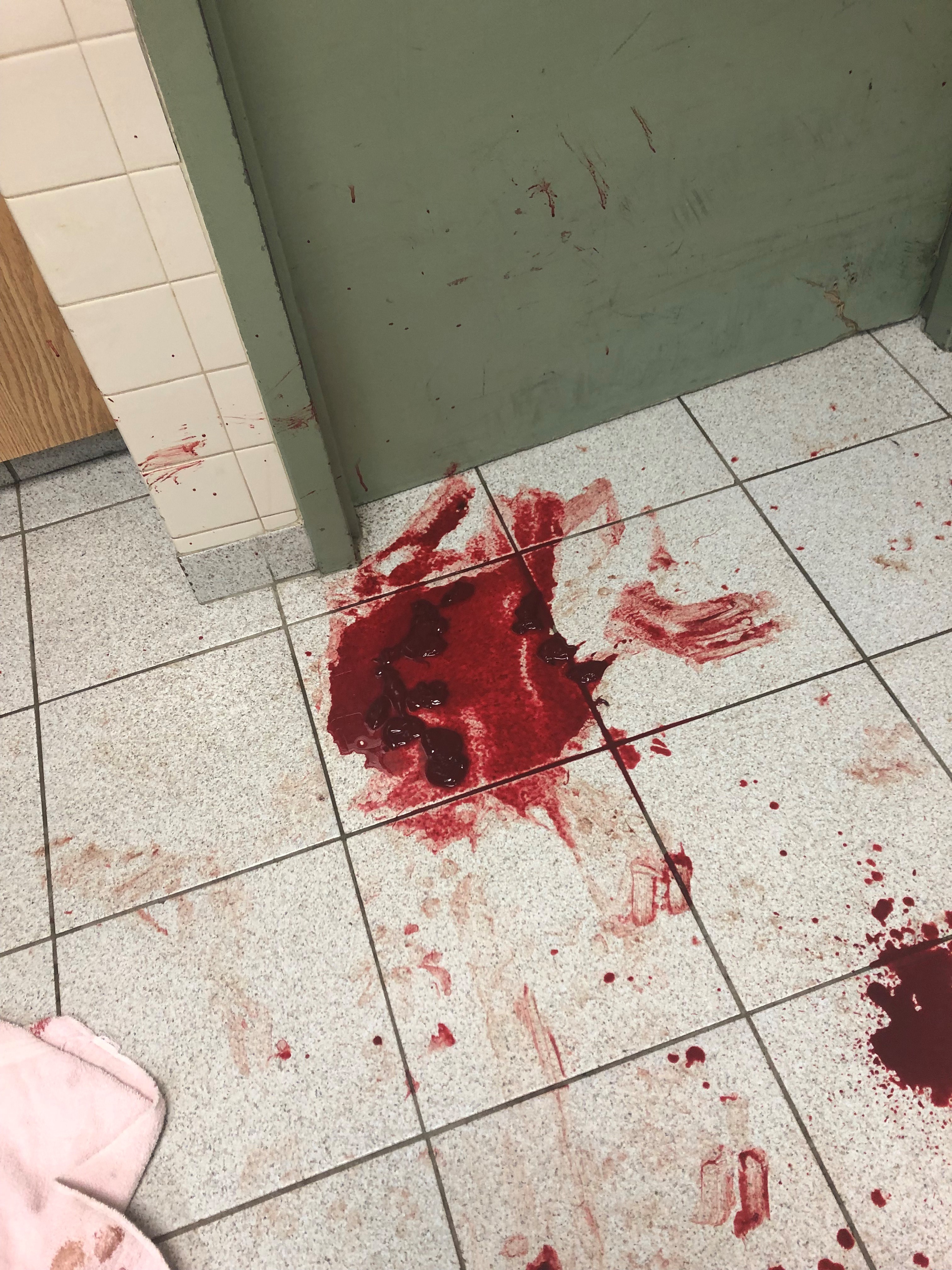