I am adding two new slides of BHRR’s Lil Linus #77 & #78 from June 18th, 2009. On Monday August 3rd, BHRR’s Lil Linus accompanied me to Ottawa’s Byward Market while I did some training with Clients of mine. He and my ‘Big Blue’ Bronson along with the other 2 Danes we were with; caused quite a stir! The only way I could sum it up was ‘crazy’ for there were just thousands and thousands of people out enjoying a day in The Market! 😉 BHRR’s Lil Linus took all in stride as his his style and it was also amazing how many people recognized ‘him’ as being from BHRR and/or that we were BHRR. So many could not believe his story and how far he has clearly come since his arrival to BHRR. I am hoping that with the added exposure; we might draw in that ‘right’ inquiry on BHRR’s Lil Linus for he is so ready for his new forever loving home. It is so clear how much he has bonded to me yet he really does not ‘need’ much of me anymore. We are still working on some ‘trust’ things and making slow progress yet those are things that his new home can also work on with him. His leash manners were just divine in the Market. When he became tired; he did attempt to pull some yet nothing that cannot continue to be worked on in his new adoptive home. I really should get a new weight on him for it is deceiving on just how ‘big’ this boy is. That head of his is just stunning and I could smooch those flews/jowls all day long. YET, now with BHRR’s Potter here; I am sure that Lil Linus enjoys seeing us love on Potters lips plus face just as much as his now! 😛 I am going to add one of his slide pictures below of Lil Linus in the newly fenced in doggie yard for I JUST love it! 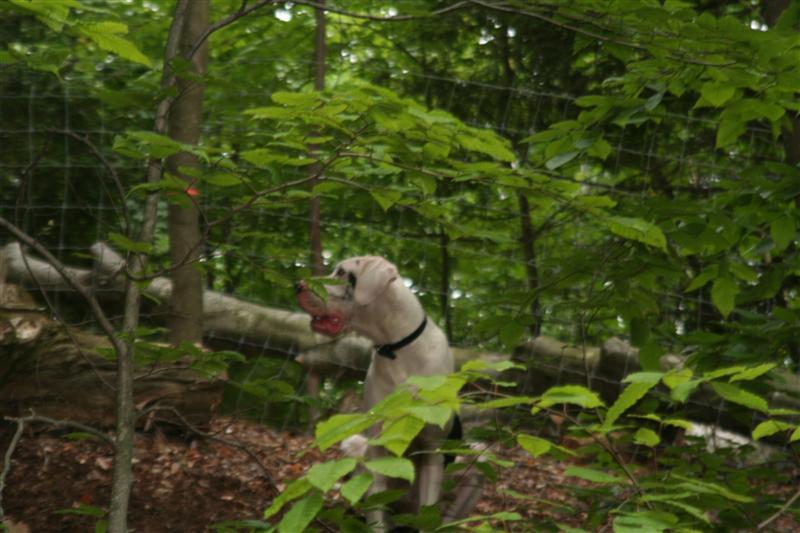