This is Mr. Titan’s leg 72 hours after the first Hospital (who put this catheter in) from the previous place that had him before our rescue took over his care.
I have been in vet med for almost 20 years, and I have never seen such clipper injury/damage.
We are keeping it clean and dry and have some cream from work to help…..he is already on two types of antibiotics, and it is already drying up and looking so much better.
I wanted to try and get a pic yesterday, yet it was an extremely busy day with him, school, and work.
Poor boy….
He had another really good night! Later today, we will be starting to slowly re-introduce some kibble into his a/d and gastro food with water mixed in.
He is such a good boy….his spirit is starting to shine through, and I can tell he is a real character with a mind of his own! So freakin’ special he is….
There will never be enough words of thanks to shout out to Alta Vista & LAH for being there for him & to all of his Titan Angels that have contributed to date to his over $6,500 bills between three Hospitals.
When he is healthy – he is booked for August 9th for repeat bloodwork and to be neutered plus to get his final boosters. He is not well enough right now….and one step at a time!
This boy never had anyone on his side – most likely was used for breeding, and the calluses and scars on his poor body speak volumes.
He certainly has not travelled often in cars as he is still figuring out how to balance.
Such a great vehicle passenger too!
Mr. Titan, my heart is head over heels in love with you…..you are a true sweetheart!
Donations to his mounting vet bills can be sent via PayPal to gwen@birchhaven.org
Or via email transfer to contactbhrr@gmail.com
By the time his rehabilitation is done, he will be a $10,000+ Dane. 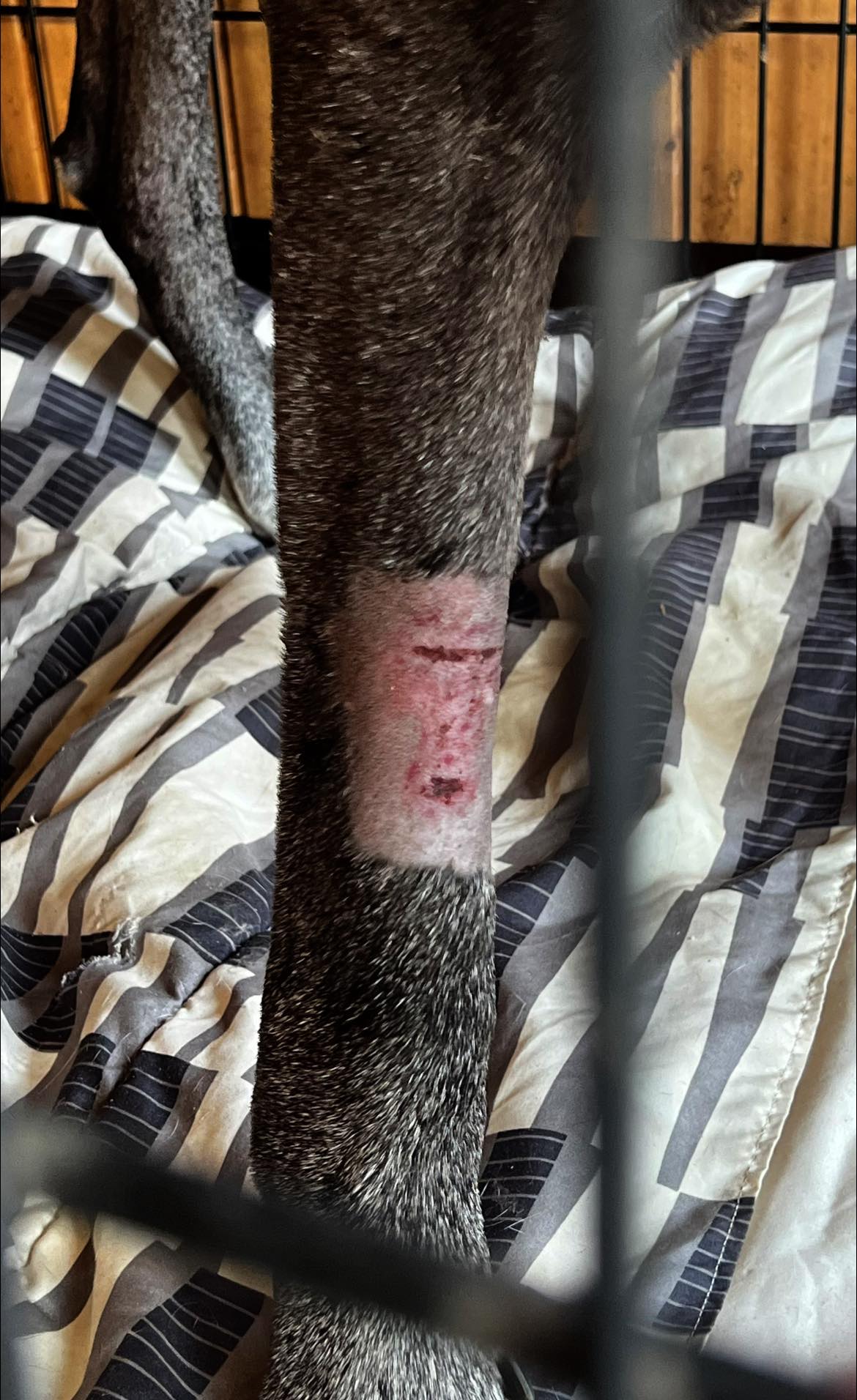