BHRR’s Rocket – the emaciated, special needs Great Dane – was at the Vet today.
Cassy Montgomery came with me shy of three weeks ago to pick him up from an unpleasant situation. Thank you again for coming with me.
His weight – and there is a picture posted in this group and also in his detailed blog – was just shy of 68 pounds when he was picked up. Pictures really do not show the level of emaciation that he came into rescue with.
His previous O. said he was about 120 pounds. I knew from photo’s sent that he was nowhere near that weight and at an ideal weight should be around 115-120 pounds, depending on his growth – he is quite young still. ~18 months or so.
Today, he weighs 40.3 Kgs(88.66 pounds). He has put on just over 20 pounds since he first arrived in our care.
He is still emaciated yet, we are slowly getting there. We started feeding him 8 small meals a day and now he is eating 5 meals a day and eating well. We had to teach him how to eat again.
With his better weight; we did his pre-op bloodwork and heartworm/tickborne disease testing and we are not surprised to note that he has very high globulin levels or that he came back Lyme positive.
He is on Doxycycline for the next 3 weeks and we will then do a recheck, repeat blood-work, re-weigh and see if that time if he is in better condition for vaccines. Next week he will be de-wormed once more with Interceptor Plus.
His neuter will not occur until he is healthier too. His happy tail is finally scabbing over and we are working to stay on top of him not banging it.
His manners are coming along so beautifully and he is such a wonderful boy!! He really is! He no longer tries to hump everything nor does he bark nonstop in inappropriate attention seeking behaviour. His leash manners are improving nicely and he really is quite affectionate.
We are teaching him that he is worthy and important and that he is going to be ok. He was very deprived of much in the way of consistency plus structure not to mention obedience plus attention and his previous O. did state that they did not have time for him since he and his partner split.
He is picking up hand signals incredibly fast and Sean/I do still believe that his potential to be placed up for adoption at some point in the future when he is ready is high. We will see…..he has such a long road ahead of him and he is safe regardless if he is adoptable or not. We assist those that are in the next of need of us, not those that are exclusively highly adoptable. Our Haven program is the majority of what BHRR does.
AND he is wearing two collars as he is a huge flight risk. His previous home would quite often leave a window open for him to come and go at will. Cassy and I remain so shocked that he was never hit by a car as he is deaf/visually impaired and was living right off a dark busy rural area road. 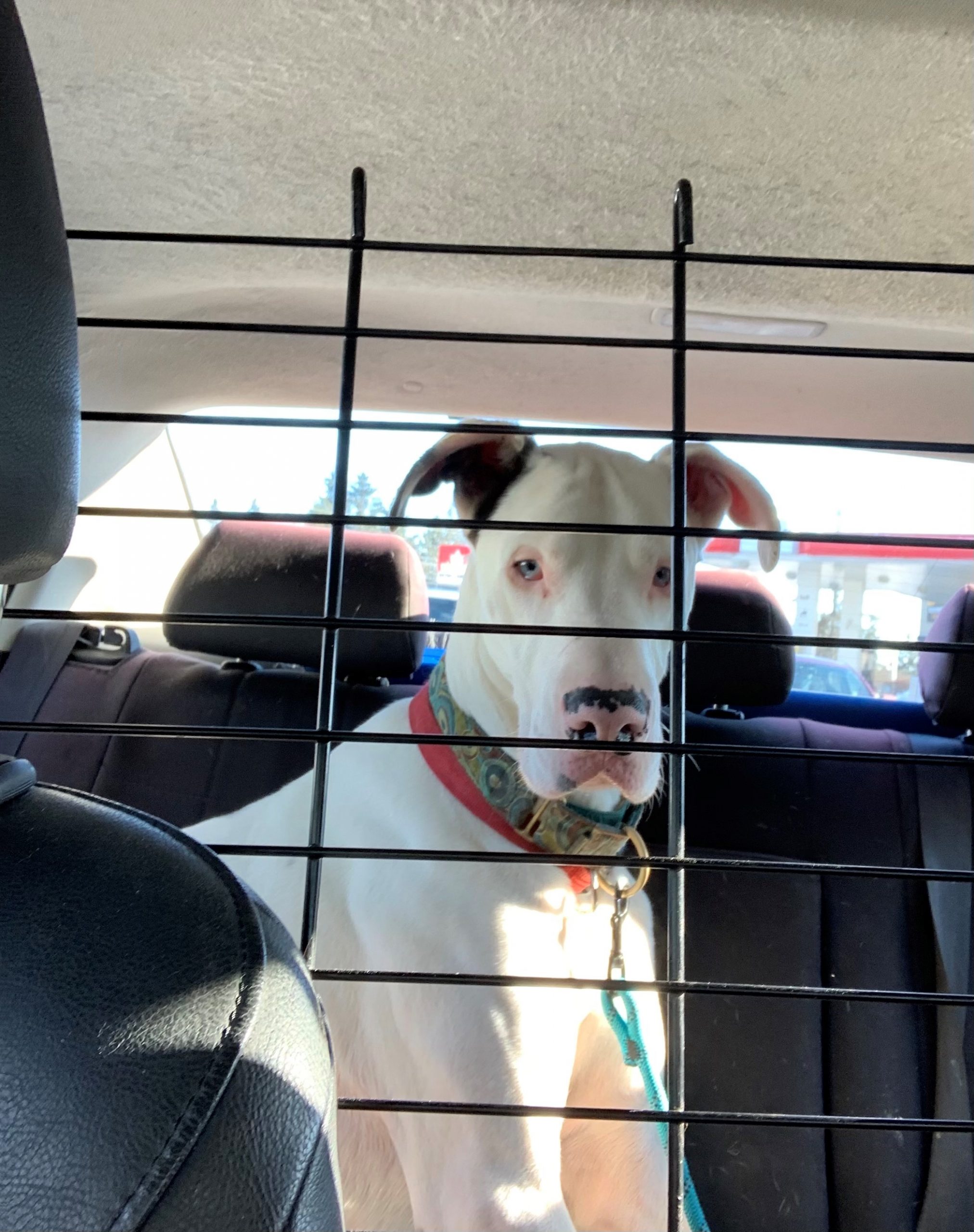