The nickname I have for my one Dane, Jigsaw that I posted about earlier this week is ‘Elvis’ as ever since he was a wee pup, he always would give me this Elvis type smile….and now he even does it when I ask.

Well, this is Mr. Fred and he just may give my Jiggie a run for his money with the Elvis lip impression!

My one sweet story re: him is how Miss Lilly(Deaf/Visually Impaired GD) has taken him under her paws.

As many may recall, she has had issues with confidence plus stress going out at night when it is dark….she has made wonderful progress with that and in her housebreaking.

For some reason, Mr. Fred has also had some worries going outside at night and from the moment they first met, Miss Lily has taken him under her paws….

Her helping him has also helped herself!

She now zips in and out of the open door, showing him that it is ok to go out in the dark and she is really smitten with him….

Mr. Fred is quite reserved in situations he is not sure of and Miss Lily has been working her own magic and now he will often ‘Kanga-Dane’ in excitement at the door to go outside.

She is now such a playful girl and is slowly bringing out his inner carefree puppy and their relationship is deeply fascinating to witness.

In turn, he has been helping her get to a point of getting that much more close in being almost 100% housebroken and that we can go out in the rain and/or in the dark and while they do not have to be outside long, to do their business outside.

I have been doing this a long time, have several degrees in psychology and behaviour including a PhD and it never ceases to amaze me to see how much the animals help each other in more ways than I ever could…..

What a humbling beautiful experience these two Danes are giving me right now….incredibly WOW moments daily!

As I also say so often, while I wish r/q Rescue did not have to exist, to be given experiences such as this is very beautiful….. 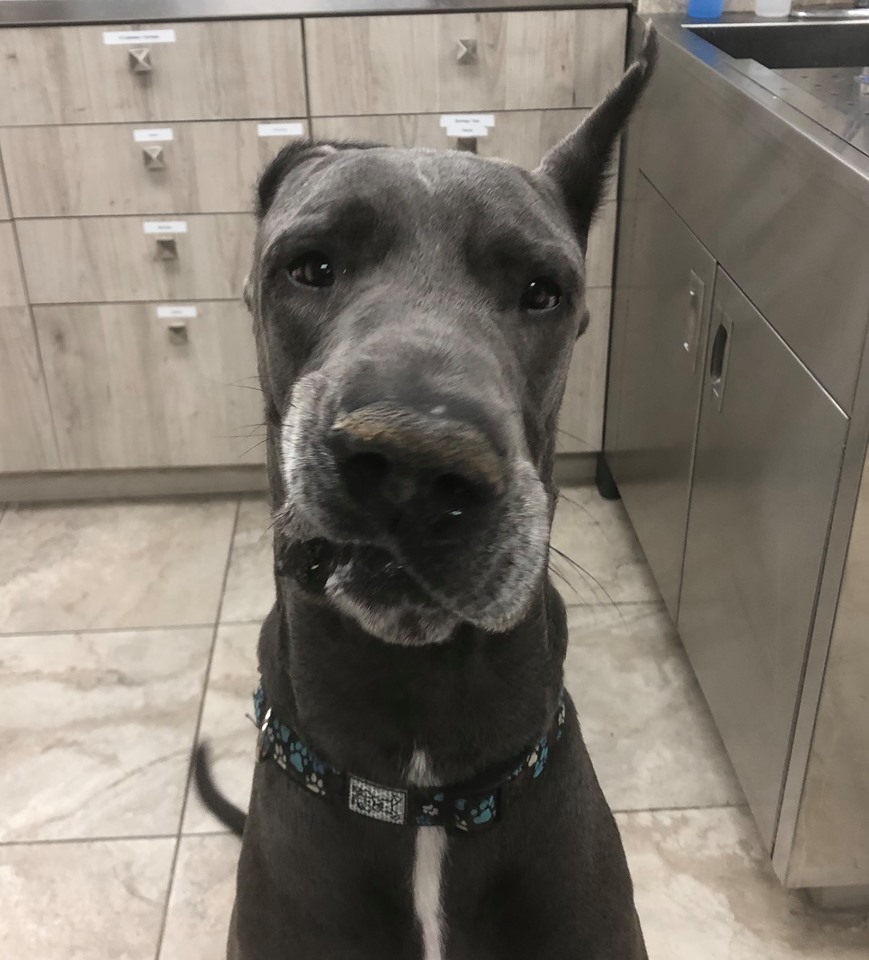