It has been a Bakers Dozen week and it is not over yet!

We still have four more to be placed up for adoption and I shall continue that tomorrow. BHRR’s Murray remains on medical hold.

All puppies(DNA Proven To Be Dane/Irish Wolfhound pups) were at LAH tonight for 5 pm for their next progress/recheck exams and vaccines, other than BHRR’s Murray due to his compromised immune system.

It was a BHRR small yet mighty village invasion and before we went in, I snapped a quick group photo – MIA are Elizabeth & Christine who had not yet arrived.

While born super tiny and emaciated, they are not any longer! They are mid to above average now for Giants. Go Babies Go!

BHRR’s Fletcher’s dark brindling colouring is deceiving as many think he is one of the smallest but he is the second biggest.

We will need to re-arrange the currently booked spay/neuter schedule as both BHRR’s Morty & BHRR’s Fletcher still have one undescended testicle and Dr. Liston recommends doing them last on the list – so December 8th – to give them more time to ‘drop’ if they are going to.

BHRR’s Murray had his temp taken – remains normal, had cytologies done on his ears – just skin cells, no infections and he is back at KAH on Thursday for another recheck, re-weigh and new dosing of his clavaseptin antibiotics & Pred meds. He is stronger in the hind end than he was with the strengthening exercises we have been doing and Dr. Parker, the ortho specialist will continue to monitor him as he grows as will Dr. Liston.

Dr. Liston found BHRR’s Oliver to not be as bad as BHRR’s Murray with his eastie eastie stance and ‘loosey goosey’ hind end yet noted that until he actually begins to move, he has some weakening in the hind end yet Dr. Liston did note that the slippery floor did hinder things. We will monitor and work on his own strengthening and stimulation further.

BHRR’s Poppy’s eyes were given a thumbs up so she will also be placed up for adoption shortly.

I did all of their nails other than BHRR’s Murray as I just did them last Thursday and will do them again this Thursday at KAH.

We were in and out within 1.25 hours and none of this would have been possible without all of the amazing Volunteers who came to help me or the staff at LAH and Dr. Liston himself!

This litter as with all that we have helped over the past almost 22 years has a village helping to raise them and thank you! Thank you for giving them different hands of love and kindness in touching and holding them.

Thank you for giving them further amazing wonderful experiences helping us help them become the best dogs they can be.

Thank you for the compliments on how calm and easy going and relaxed and social these puppies are….we have worked so hard as we do with all of the dogs we are entrusted with to do right by….

We remain truly forever touched by our committed and dedicated supporters for standing strong beside the animals!

We are continuing to think of creative ways to pay for their mounting vet bills too! 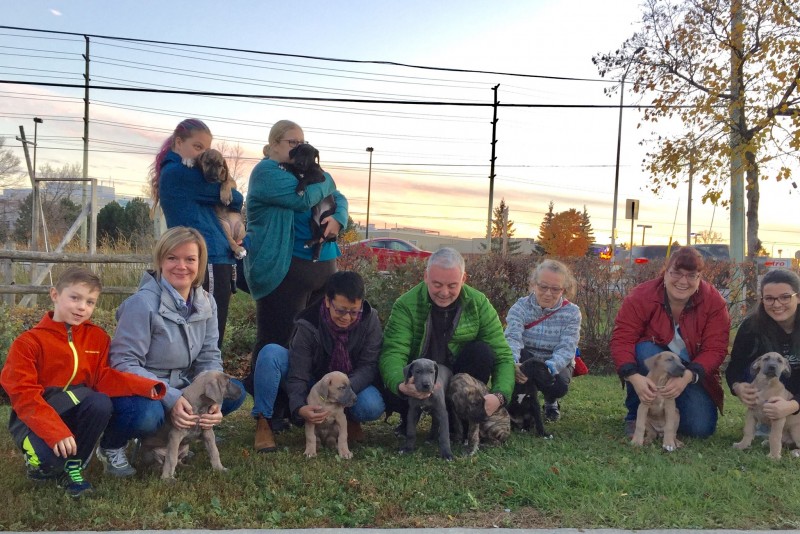