BHRR’s Capone was in today for his x-rays of hips & hocks plus to have his stifles thoroughly examined while he was sedated.

Great news overall! – he does have quite mild HD which HD is very common in his breed(unfortunate that it is this way with poorly bred danes), his stifles are normal and his hocks look equally wonderful! Everything will be sent over to one of our ortho specialists to put their own expert input on the x-rays also.

So, it appears that as he is conformationally built poorly – straight black legs – lack of angulation, butt high – he is just who he is based upon his body structure. So, for him, his normal is a slightly ‘off’ back end gait. There is no crystal ball to say if / when his HD may worsen and as with any dog and human as they age, having the right supplements will be important to keep promoting good health.

With the continued loss of weight and building up of muscle tone/mass, he is stronger, healthier, has more endurance, is happier, and looks fabu!

So, unless something majorly differently comes back from the ortho specialist, after he has his professional photo shoot, he will be making his own special announcement.

While he was under sedation, he had a wonderful nail time plus was also microchipped.

He was fawned over by all the lovelies at work and so many remarks about what an WOW & tall dog he is. AND he is! 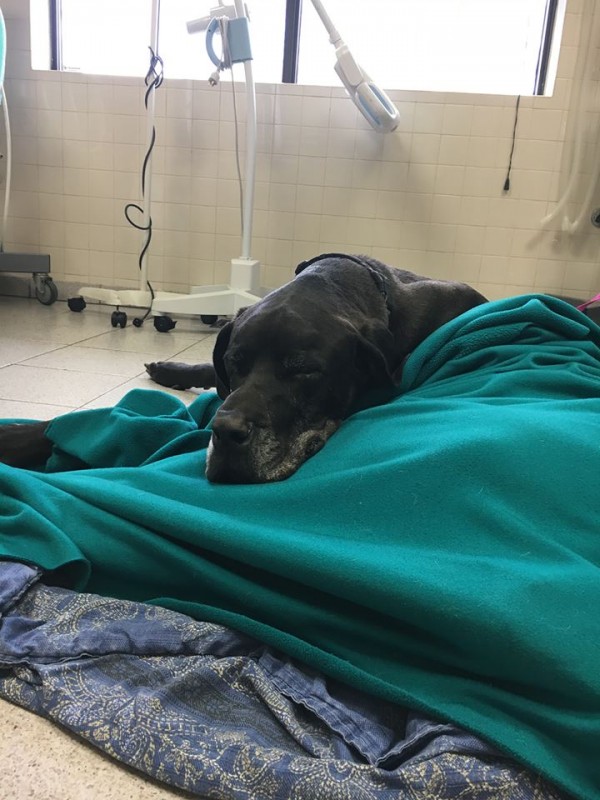