AND my final post for tonight – another busy day for us!

Remember this picture of BHRR’s Navy? Posted May 15th, 2017? AND remember the following blurb re: him at that time?

“…..I am going to post this picture(when they say that pictures put on ’20 pounds’….that will say how much this picture does not truly capture this boys’ body condition) of when he arrived yesterday and the below information.

That means that he lost 38.06 pounds during his time at the shelter.

In his records from the shelter, after he was neutered there on April 19th, he was given Rimadyl and he had a severe reaction to it…..diarrhea and a gastric ulcer plus ate poorly for a period of time.”

WTG!! Our rescue specialises & has a 100% success rate in helping emaciation cases and he was being fed 8 small meals a day of a proper balanced diet to get his system properly started and going in the right direction.

This boy was sick & hurt upon arrival. He was and still is battling terrible pressure sores plus calluses. His back right – the outside callus – still bleeds as it struggles to heal. He will always have scars and raised calluses on his back feet. He had spent far too long on hard surfaces and not given soft bedding to lay upon.

He had been put on strong antibiotics for 10 days to resolve the infection that his feet carried and showed up in his blood work.

His back left leg was swollen as were his lymph nodes in his groin. I did ask on May 15th if his Vet thought possible osteosarcoma and it could not be ruled out that night they said BUT it can now! Yay!

His Vet had thought May 15th that he could have cellulitis yet no signs of anything like that any longer!

Tonight, at his recheck, his back left hock and lower limb is now normal. His lymph nodes are almost completely normal too and there is no sign of any issues with his hips as we had been told that he had a hip issue in the request of assistance to us.

His happy tail is also healed – he came to us May 14th with a tightly wrapped up tail in tape and Vet wrap of which Sean plus I promptly removed as it was a breeding ground for bacteria & infection.

He was quite uncomfortable upon examination May 15th and tonight, not a peep, tail wagged nonstop and he was so happy!

He is a goofy, busy, nosey boy! LOL AND so vocal….about all of his feelings!

He has bounced back to health from the severe reaction that he had at the shelter from the Rimadyl that he had been given by them when they neutered him back in April – prior to us being aware of him.

He was microchipped tonight and showed off all of his new found (taught!) manners with sitting, taking a treat gently etc.

Leash manners are getting there and though still thin, he is not a rack of bones any longer and the rest of the weight shall come on…..and he is developing marvellous muscle tone and mass.

His Vet was very impressed with his progress and we microchipped him tonight, he obtained his Rabies and DAPP booster. He will go back to see his Vet again in 3-4 weeks for another recheck, re-weigh, booster and we will repeat his bloodwork to see where all of that stands now.

The bloodwork we did May 15th did at least provide good news in that he is Heartworm plus Lymes disease negative so neither one of those diseases were the cause of his medical condition concerns.

He is getting much better at sharing water bowls and toys! He gets along famously with the other dogs and a busy active boy he is! Really affectionate and a ham!

So so so proud of him as no matter that he was feeling pretty poopy, he was friendly and social and still quite happy.

From my home to all of our friends, family & supporters, may everyone have a good night! I know I am looking forward to my own bed……I am up and at ‘er bright and early again tomorrow! 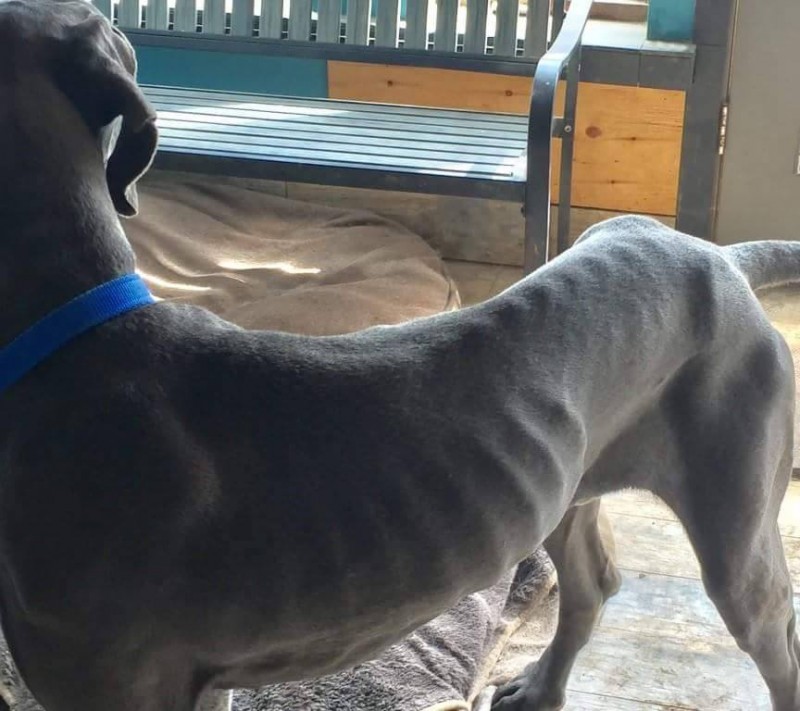 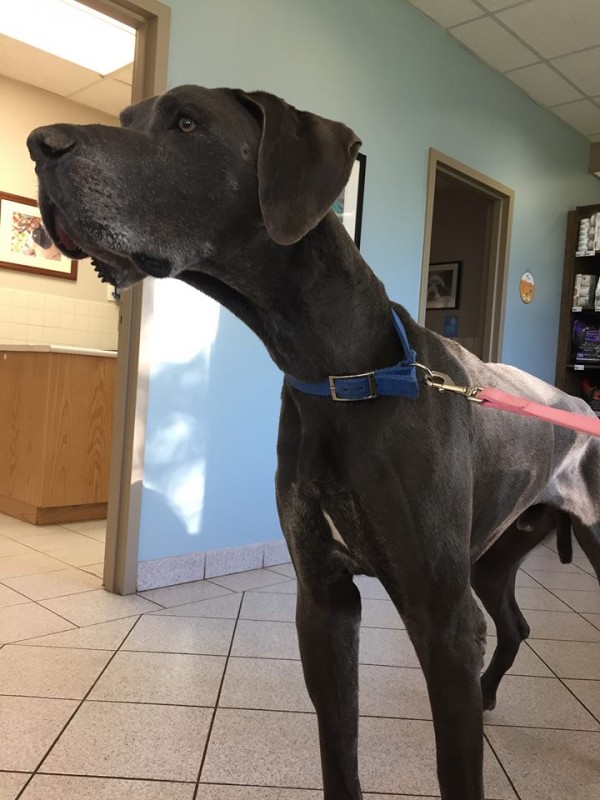 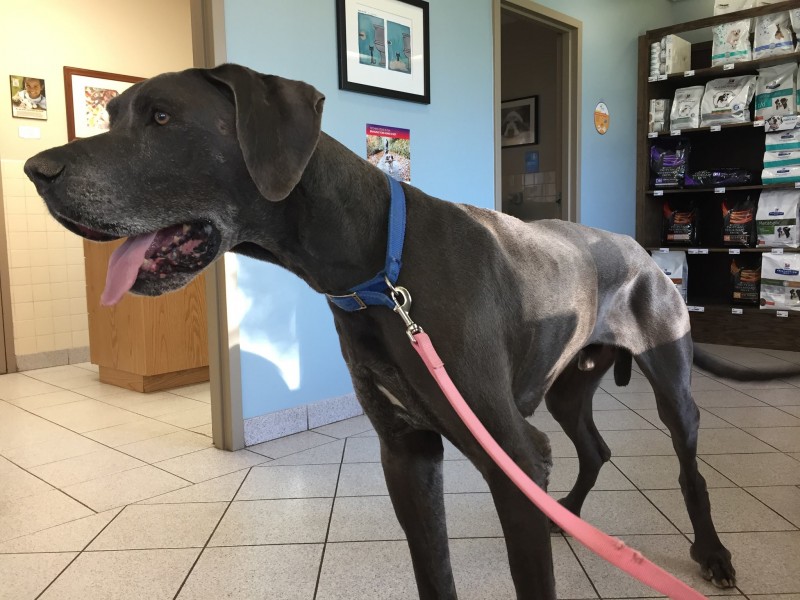