UPDATE: BHRR’s Sambuca’s surgery began at 3 pm and he was out about half an hour ago.

He is such an awesome dog!

He was quick to sedate and slow to wake up……and is now recovering with both hugger and iv fluid warmer on as his temp is low. It is now up to 35.5 degrees yet still low.

Everything went well. That mass was super vascular, holy! So many bleeders.

About 1/3 of it will be sent off to pathology. While his surgeon was in the general area, he was also neutered…

Once he was sedated, it could be determined that it was not growing from his rectrum. However, it sure did interfere with his ability to have bowel movements the poor soul.

We did nails and I got one ear cleaned and will do the other when he is on his other side.

We will remain on Anitrobe every 12 hours for another 7 days and continue his daily Deramaxx regime of 150 mg once daily.

In today’s surgery, BHRR’s Sambuca’s mouth/teeth could not be touched to attempt any dental work. The pictures in the thread show just how bad they are – this is only the left side of his mouth. His right is equally brutal.

The worry is that the bacteria that would be released into his system from any dental procedure would be disastrous when he is already under for a mass removal/neuter. He will see a surgeon who specialises in dental issues. This poor dog’s breath is truly horrible and that pain he must be feeling.

Yet, only so much could be done today with the neuter and mass removal. We cannot compromise his welbeing for the sake of trying to get everything done in one surgery. We will find ways to raise the monies for his second surgery and make the second surgery possible for him!

As he recovers and we wait to get the pathology back on the mass, we will figure out the next best steps for him for that mouth.

To say that we are grateful to so many for being his Comfort Angels is putting it mildly. I am deeply appreciative and thankful more than anything for you are helping to give him the life he should have always had…..one free of pain and one full of quality!!

He is such a wonderful boy!! 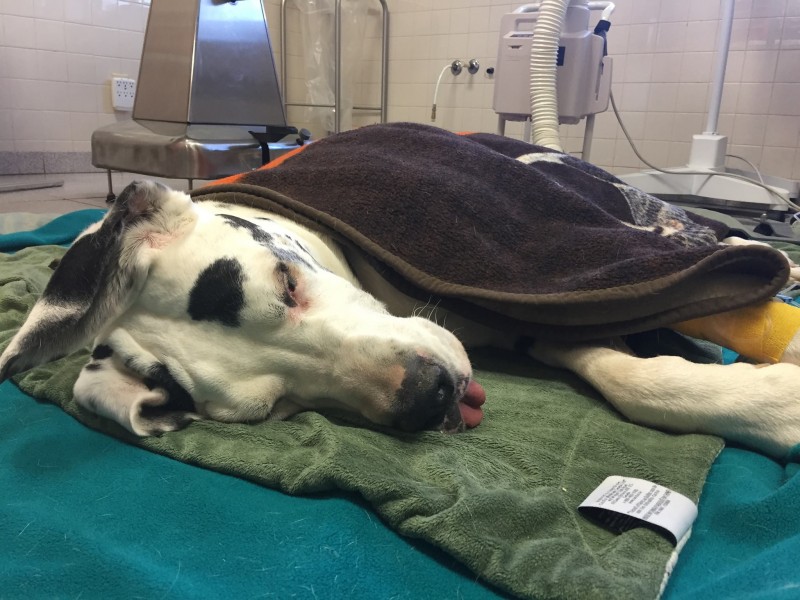