BHRR’s Rubble is ready to make his special announcement!!

He is now AVAILABLE FOR ADOPTION!

This young gorgeous blue with white Dane boy has put on over 25 pounds of much needed muscle mass/weight since he first arrived in January 2016. He is now almost 145 pounds and when I say he is solid and rippling, he is solid and just rippling…..he is a positively handsome Dane. Vibrant with health now!

He had been dumped at a shelter by his Owner who ran a daycare and felt it was perfectly fine to allow the kids to treat him as a horse and at one point a 13 year old was left alone with him.

The owner felt that this beautiful boy had something wrong with him and it was ok for for a dog to be climbed all over, pulled and grabbed and pushed. Well, it is not ok….not one bit….

When BHRR’s Rubble came to me he was scared…..scared of being hurt. Scared of being man handled. He had a *bluffy* attitude of force and bullying on the outside throwing around his body weight and inside he was not very brave and insecure and a mushball.

It took some time before he relaxed enough to truly sleep and now instead of light and restless he is deep and snoring.

He learned that while we have rules and structure and obedience, we are fair and consistent and there was no guessing about what was expected of him. He learned that we do not use hurting, rough or mean hands and words. We used loving, kind and caring hands plus words filled with praise. AND treats!

Leashes worried him for awhile and now when a leash comes out he is so happy and cannot wait to see what adventure we are going on next!

His is so incredibly affectionate and playful!! Man! Body armour needs to be worn when he gets going and he is filled with such happiness now. He does not just push his head into you, he grinds it in! LOL

He is not afraid any longer to ask for love and many a time I can feel his hot breath on my elbow and I turn to peek and he is looking at me not with worry and stress now but mischief and happiness. 🙂 He is not an intrusive Dane, he loves being around his humans….simply being near/by to his humans makes him feel good. He is often laying near my computer while I work.

AND so much credit needs to go to BHRR’s Benjamin for there is something about Benjamin The Gentleman, something super special that has calmed and settled BHRR’s Rubble more since BHRR’s Benjamin arrived in August than in the months before he came…..they are good friends.

He brings out some of the very best in BHRR’s Rubble. It is almost magical. He has given BHRR’s Rubble a proper direction of confidence that is really wonderful to see. So when it came time to do their professional photo shoots, I just had to book them together so they could travel and hang out just the two of them! 🙂

BHRR’s Rubble is good with dogs of all sizes, was fantastic at the shelter with cats and once you get over his quirkiness – for he is quirky now and then again, he will want to be your best friend!

Travels great in a car, housebroken, crate trained and uber obedient! One of my star pupils.

On the other hand, he remains sensitive to having his feet touched – he was this way at the shelter and while he has greatly improved, nail trimmings are carefully done.

He is a gem and it has been such an honour walking this journey beside him in support plus guidance for him to become the amazing boy he is. He is no longer shut down….he is living life to the fullest!!

Another I am so freakin’ proud of you dog!! So incredibly proud!! You did it!! You trusted enough to walk down a path to discover so much in great discoveries and experiences and I cannot wait for the next chapters to be written in your amazing story BHRR’s Rubble!

Thank you Liz for the WOW photo’s and to Gracie for her hands at his photo shoot on September 15th! He was a Mac truck when he saw me again after taking BHRR’s Benjamin’s photo’s yet Gracie held her own and did not face plant! 😀 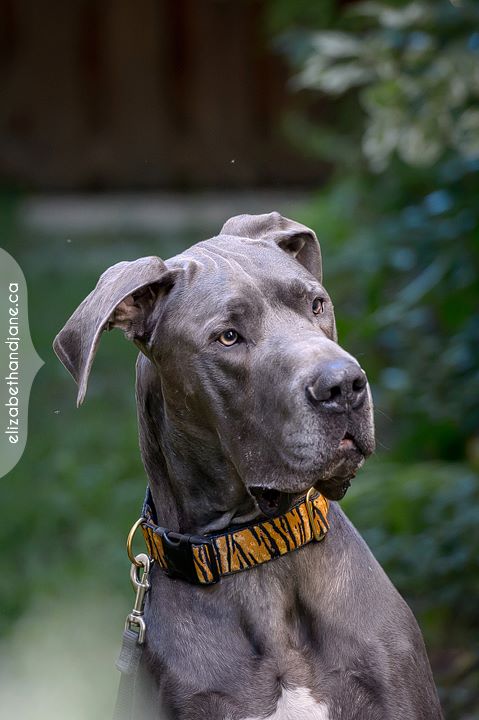 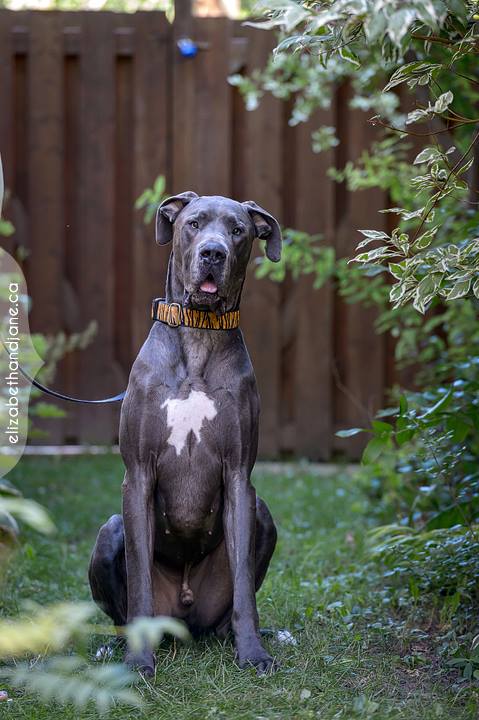