For all those that have followed this dynamo of a girl since her arrival to BHRR in the fall of 2011, you would have fallen in love with her spirit, heart and personality as much as we have! She was a HUGE presence in a ‘small’ package!

This girl was not a half measure kind of girl at all! She was brilliant, not above manipulating all that she could to get what she wanted and affectionate beyond words.

When this girl gave you her heart plus trust, you would be extremely humbled for she would have laid down her life for you.

She was a beautiful diamond…very much in the ‘ruff’ when she first arrived to BHRR. Anxiety issues, leash and other manners leaving much to be desired and she became a ‘lady’ in time!

Her radius curvus syndrome was addressed, a bloat survivor and nothing ever held her back!

She charmed, bullied and squeezed her way into the hearts of so many.

While those that seemed to want her had cats and/or exotics – she was NOT good with them – that right matched home for her never came along yet as it was with BHRR’s Dana, we wanted her, we adored her and we understood BHRR’s Boom.

For 4.5 years she lived with us moving from our rehab program to our adoptable program and then as her spondylosis worsened, she was moved to our BHRR Haven Program.

We updated her blogs for her fan club to be kept in the loop and I was so happy that she had an amazing BHRR ‘EXPERIENCE’ mini open house in January.

Come March, she did not have the best of PRIVATE BHRR EXPERIENCE, and on March 20th, at the get together for Sean, I was so happy that many could pass along their good-byes for we knew that her time was drawing ever sadly nearer….

She could not run like she once did, she did her wobble bobble trot and her balance began to not be as sound and so many commented on March 20th about how they could also see that while she was still having quality, that quality was diminishing….breaking so many hearts that day….

When her appetite, always a most healthy one! began to also decline, it was a big sign also.

BHRR’s Bloom, we adored you from Day 1 and I held you in my arms, loving on you and stroking your gorgeous blue fur as you were crossed over Friday night…almost in disbelief that this was the end….

An era has ended with the passing of BHRR’s Bloom. An enormous hole has been left behind….

You were so great with all the youngsters that came to BHRR and my own over the years. Could not have had a better dog watch over them and teach them manners and lessons. Incredible mentor and teacher you were to so many.

You had a huge mischievous side along with a no nonsense, ‘enough is enough’ side and we spent Friday driving to so many of your fav places so others could say their own good-byes and we stayed up all night Thursday so you and I could have one last sunrise together….one last small walk together and I worked so hard to keep my heart/soul from crumbling into million of pieces….

We took one final car ride together and this i the last photo I have of you….

After you were crossed over, we took our final drive home and you are now laid to rest beside BHRR’s Porridge and BHRR’s Ember at our Rainbow Bridge…when the weather gets warmer, we will plant a flowering bush in your honour….

I could not possibly count high enough the number of ways that I am going to miss you…you taught me so much, you gave me so much and I so wish we could have fixed your spine to have given you many more years of being YOU!

See you in my dreams…..until we meet again…

Thank you Stéphanie O’Bready for entrusting us with this magnificent creature…. 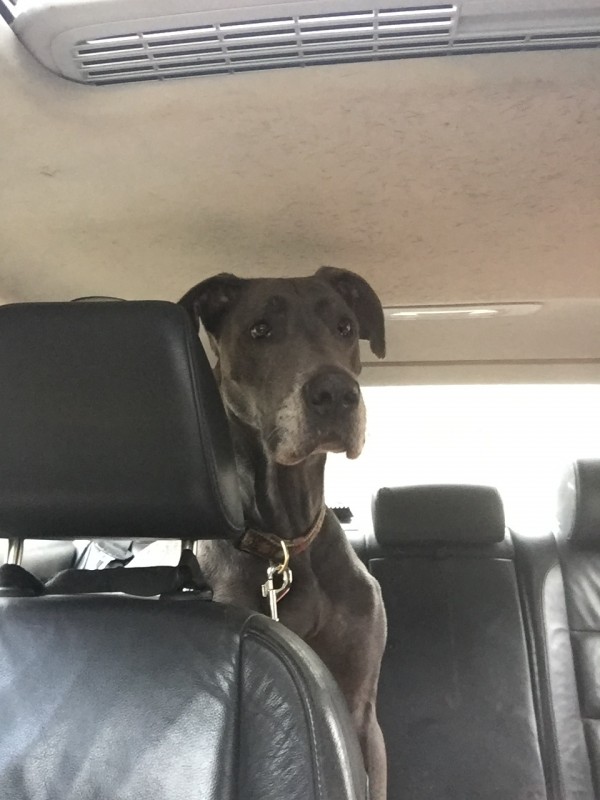