*the news was not good – one leg(left) may need a plate/pins as it had never healed from the ostectomy surgery his previous O. had done on it last November and I have the x-rays to show the area that is 'broken'/not yet healed/closed & the other leg most likely shall need another corrective ostectomy.*
We are awaiting word from Dr. Philibert for his expert opinion and recommendations.

The O. never did post-op 6 week x-rays from when they gave him osteotomy surgery in November of 2012 and Maverick has been literally walking around with his leg like this. 🙁
You can see how bowed his bones are….. 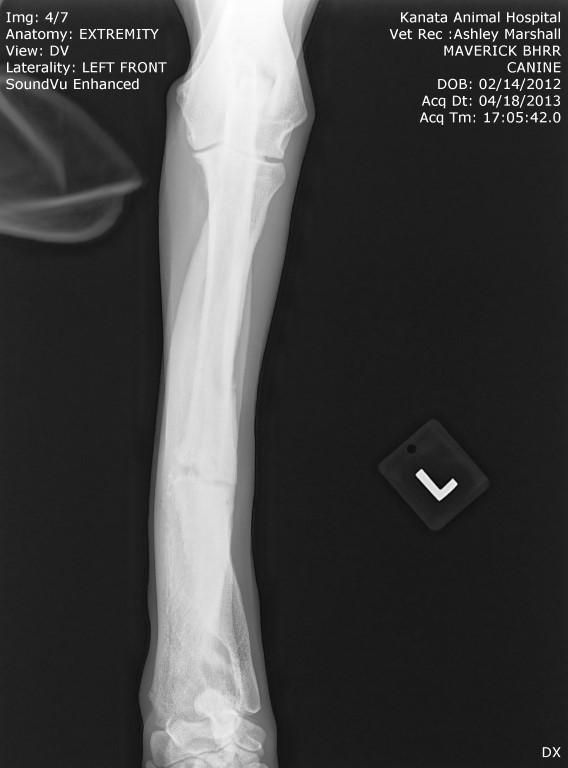 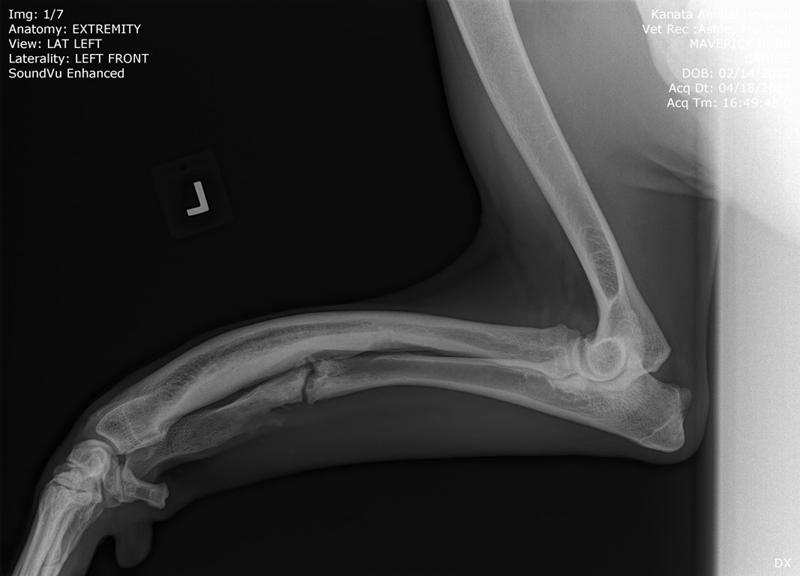 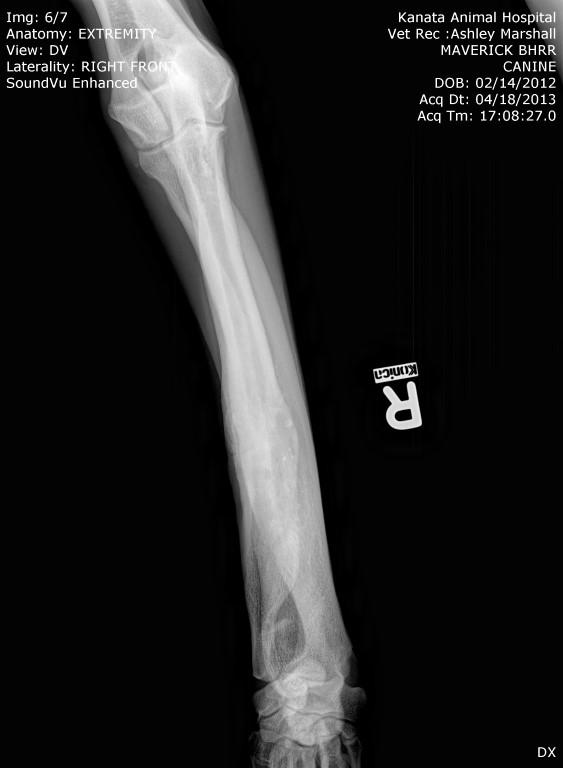 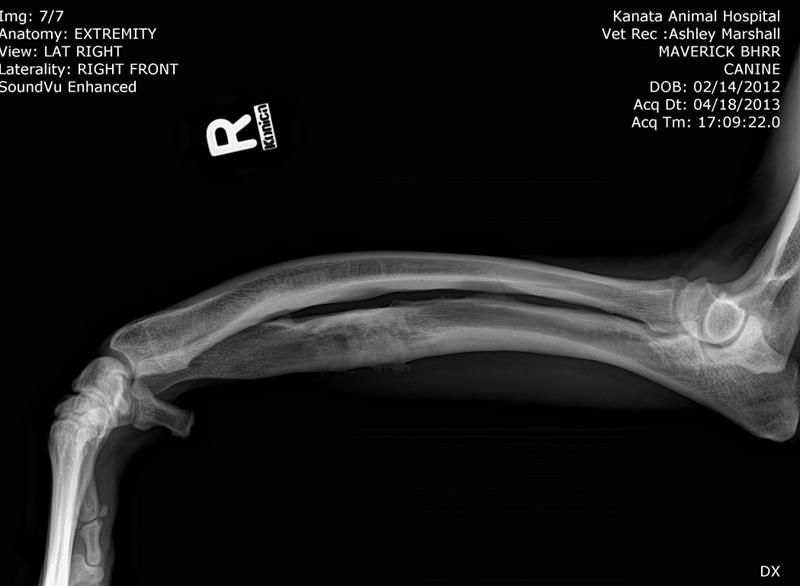