BHRR’s Potter came with me to Kinsley’s soccer game Tuesday night and he spent most of his time, snuggled on my lap on the chair! He did FANTASTIC yet again! I think he is becoming a ‘soccer’ fan between Mason’s game and now Kinsley’s! His leash manners continue to improve but when he sees another dog; WOW! He just runs right to the end of the leash and then stands on his hind legs and stares. He just loves other dogs. He has been superb around the guinea pigs here too. He has not had one accident in the house today and he is eating a bit better than when he first arrived. Getting him into the crate remains a bit of a challenge yet he is settling in better and better each time. I thought I would share some new pictures of him and how BHRR’s Dana legacy of the ‘heck with the leather couch’ rule lives on…sigh!!!! 😛 I also meant to post in my last Gwennie Novel that he is quite stiff in the hind end and if need be, we shall do some X-Rays. There was one elderly gentleman at the soccer game tonight who was just positively enamored with Potter and he said that ‘he felt Potter with the whole hip thing’ going on! Those two were so much fun to watch! The man called Potter a ‘mini horse’ so I guess he never met a Great Dane before! 😉 He asked if Potter would be in attendance next Tuesday and who could resist that kind of question!!! Potter has a huge fascination with balls and that seems to be the only toy, other than a cuz that he is interested in. I would like to keep my children’s soccer balls inflated, so I shall have to buy Potter his own collection! I also want to thank Sean for staying behind tonight and not going to Kinsley’s game to fix up one part of our fencing where my perennials live. Potter is small enough to go through to that area whereas the Giant Breeds cannot and he has ‘walked about’ three times and now, it is all fixed up and his one attempt to go through was effectively thrawted!!!! THANKS Sean!!!! 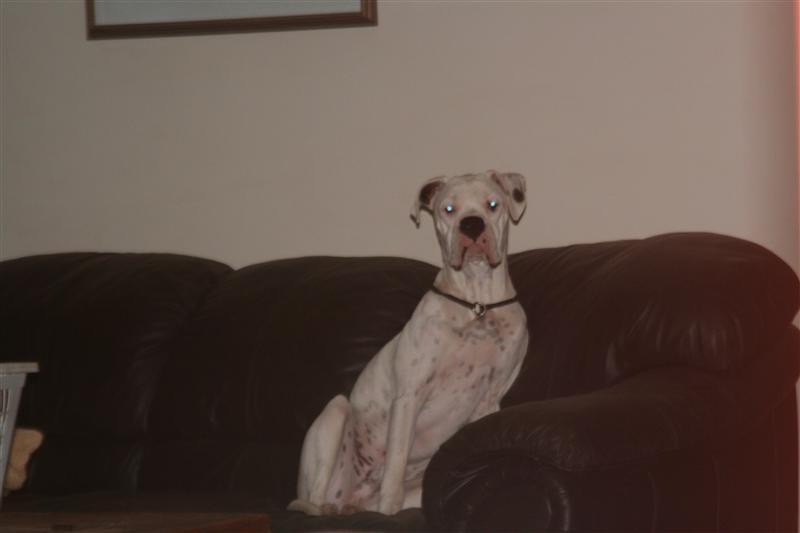 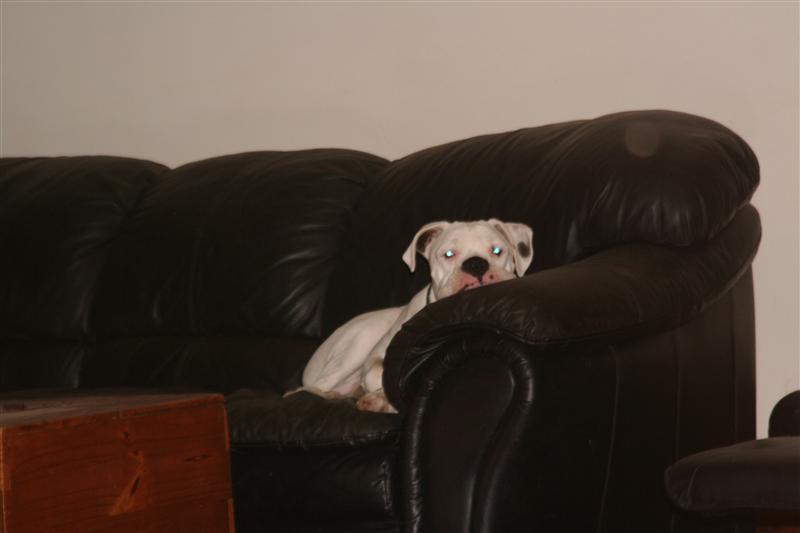