I would like to take this opportunity to introduce BHRR's Bean to all of you. I know that quite a few have already had the incredible pleasure of meeting and loving on him yet I know that so many others have not yet had that heavenly delight. BHRR's Bean is ONLY a 7 month old smooth coat male Saint Bernard(February 2nd, 2010) that was surrendered to BHRR on Saturday September 18th, 2010 with a knee 'concern'. Upon taking BHRR's Bean to the Vet with me tonight; a very thorough exam and 7 X-rays have determined that BHRR's Bean has terrible Hip Dysplasia, and in having a large buttress on that right inside leg has a unilateral luxating patella. Out of a possible Grade with 'IV' being the worst; it was diagnosed that Bean was a III. There is also a small area believed to have been the result of having had HOD(Hypertrophic Osteodystroph) at one point.  😥 From looking over the Vet records that we were able to obtain access to, this 'knee' concern has been known since at least August of 2010 and X-rays and surgical treatment was declined. He is also unaltered at this time, has not ever been on Heartworm preventative and is going to require extensive and very expensive surgery plus rehab if the Vets/Specialists determine if that is in his best interests to have surgery at all as quality of life needs to be paramount. At this time without any intervention, BHRR's Bean would need to be pts as no dog should live in the pain that he currently is under. With every step that he takes; that knee 'pops' out of place. 🙁 The leg is swollen and radiates heat. Bean weighed in at 52.1 KGs(114.62 pounds) tonight and by the time he is full grown, he could easily be 165 pounds. He stands 32" tall at the whithers. He also had a much needed manicure/pedicure tonight and was microchipped.

I have had a very lengthy consult telephone conversation with Dr. Liston of Liston Animal Hospital and due to the severity of BHRR's Bean's condition; he would feel more comfortable if a surgeon more experienced in this specific condition in Giants; do the surgery for he is worried about not quite getting it 'square' and then with the brunt of Bean's weight over time, undoing all that was done to save him. I appreciated the honesty and candour of Dr. Liston's comments and position. So, I am awaiting to hear from Dr. Philibert, an ortho specialist that I have consulted in the past, and just as recently with BHRR's Apollo and we will schedule BHRR's Bean's surgery ASAP. The estimate that we were given was close to $3,000 and with all that we have done with BHRR's Bean already, we are looking at Bills close to $5,000. Even if we were so 'bold' as to think that we would raise anything near to what we did last year at our upcoming 3rd ANNUAL BHRR Boat Cruise/Dinner & Live plus Silent Auction Fundraiser on October 2nd, 2010 due to the generous hearts of those in attendance; we would still be at least $2,000 short. So, I am finding myself in the position of begging and pleading and yes, with tears in my eyes to all to consider donating to help us save BHRR's Bean for he is ONLY just 7 months old and he is so special! BHRR was founded on the mandate that we would do *giant* things for *special* animals and BHRR's Bean is one of those and I know that he would be so indebted to all for their kindness. I believe that almost anything is possible and I am hoping that the fans and supporting public of BHRR will agree……….Please…..please…..please…. 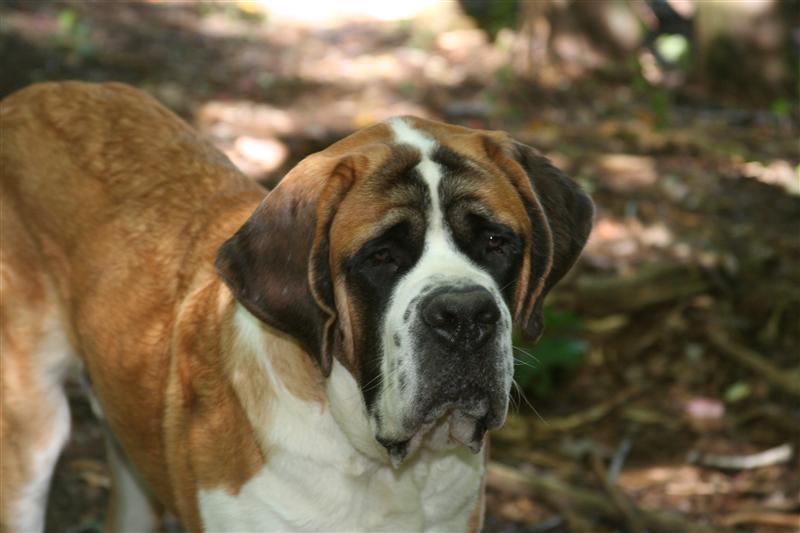 The *SAINTS* For Bean Fundraiser page shall be dedicated to the ongoing fundraiser to assist us with raising the necessary funds to pay for Bean's Vet plus Rehab Bills. One estimate was $5,000.

You can donate by email transfer to gwen@birchhaven.org or by PayPal(account is gwen@birchhaven.org) OR you can write a check/MO or Bank Draft out to ‘Birch Haven Rescue & Rehabilitation Services' OR to ‘Gwendilin & Sean Boers' for his Vet Bills with BHRR's Apollo in the memo section and mail to:

Update: October 1st, 2010 – BHRR's Bean's bloodwork has come back from when we took a sample upon his arrival to BHRR. He is also battling an infection and has been put on Clavamox 375 mg BID for the next 7 days.

Update: October 13th, 2010 – BHRR's Bean is going to begin some CWW(Canine Water Wellness) 'floating' sessions to try and give him some time with not having to weight bear on that luxating patella and hips. His first session is on Tuesday October 26th.