Since August 2011; ARC has been working on a hoarding situation in Montreal, Quebec. This all came together today; June 4th, 2012; when Animal Rescue Corps secured the surrender of 20 dogs being housed in a 1 bedroom apartment outside of Montreal, Quebec. The dogs are being transported to placement partners in the US and Canada where they will be placed in loving homes.

BHRR was contacted to assist early last week in preparation as a Rescue Partner of ARC and though, I was unable to be there hands on myself; THANK you Karen for being there as the approved BHRR representation to help bring these two girls safely back to BHRR!

We remain just honoured and privileged to have once more being asked to assist ARC(Animal Rescue Corps). For those that may not be aware; this is the amazing organization that did the historical precedent setting Operation Anishnabe Dogs: A Lasting Solution! event last November 2011; where BHRR's Atlas & BHRR's Veteran came to BHRR per their request. 275 dogs were assisted with their incredible efforts!

Please do consider supporting their life saving/changing missions of compassion!
All dogs are good with other dogs and children. All of the dogs seizured are between the ages of 3-5, both genders, none altered but shots are UTD. Some have minor medical issues (ear problems, needs dental) but nothing major. One or two are very shy, some are bonded pairs.
As a Giant Breed Rescue; we originally were going to take in the largest dog; a male; yet as it was hard to find places to put the bonded pairs and ARC did not wish to place them in shelters/pounds; BHRR was more than happy to take them instead when another group offered to take in the male. These two girls; remind me of BHRR's Peanut and BHRR's Gretta and just as with any other 'honourary' Giants that have come to BHRR over the years; we embrace them with loving, patient and giving arms.
WELCOME to BHRR our wee sweet ladies! Both are about 3; yet as we get to know them and handle them more; we can better determine their ages. They were listed as AlsatianX's. Possible Husky in there. It is of no matter for they are all 100% beautiful CUTIES! 🙂

ARC has given them their vaccines before they arrived to BHRR's care,they both need baths, grooming, heartworm testing, presurgical bw, to be spayed, heartworm medications, BHRR's Petal needs her one eye looked at and is having hair loss. 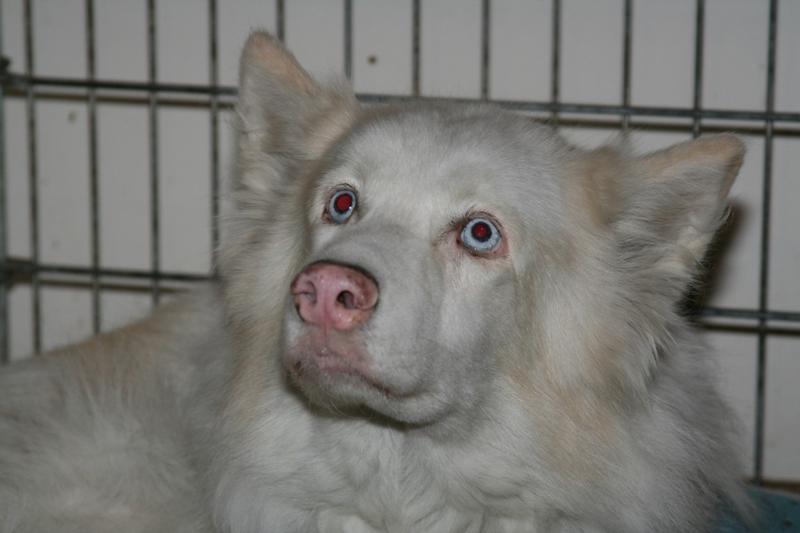 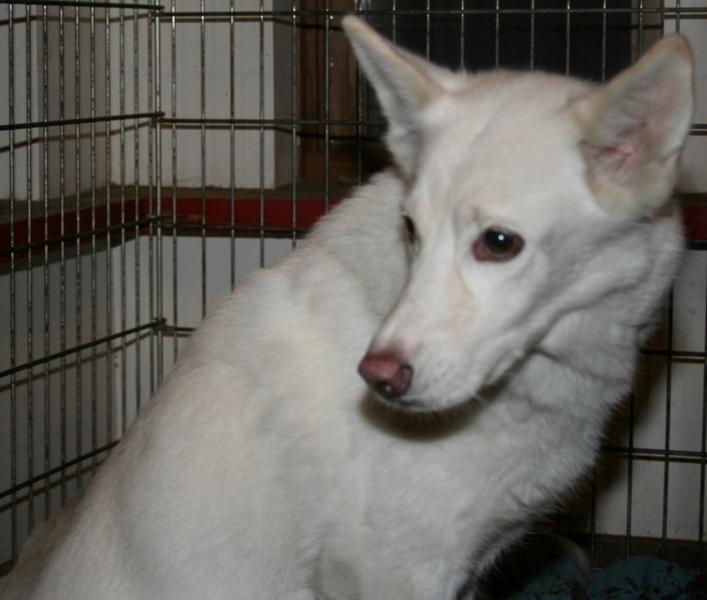