This blog is a LONG time in the making, I know! My priority is always to continue to be hands on with the dogs in need of BHRR and we have several right now in very big need and I do apologize that my blogs and photos take a 'back seat' during such times. 🙁

Re: BHRR's Veteran; he is doing great! His bff is BHRR's Goliath! A sweetheart that is also awaiting his own forever loving adoptive home still.

They will play so well together and have a lot of fun! He also loves playing with my bluez boyz and my mantle boy these days along with BHRR's Goliath and the 5 of them are a very close group of pals. 🙂

He had a great play date at the end of December and if I do receive any photos from that play date, I shall post some. 🙂

I am going to post three photos below from the community education and awareness event we did at B&F at the beginning of December for their Angel Tree and added quite a few more of those photos to his slideshow.

He is great with kids and his obedience has just come so naturally to him.

The only time I have ever seen him nervous was when we saw a native american walking out of Timmie's one day and by our car and I thought he might actually urinate, he was so worried. I just told him it was 'ok' and he settled down and we continued on our way through the drive through of the bank. Considering where he was taken from, understandable behavour and how I handled it was how he thus responded. He did belong to a drunk person when the 275 dogs were assisted last November by ARC in Quebec in the first nation community and he clearly has memories that still affect him. THIS is the only person I have ever seen him react to and his reaction was fear. Poor thing…..yet, onward and forward we went and he liked the treaties I gave him and the pat plus calming word and settled right back down; trusting that I would not let anything harm him.

He really is going to make a home a fantabulous addition with his affection, heart and love to give! NOT to mention how handsome of a silver merle GD he is! 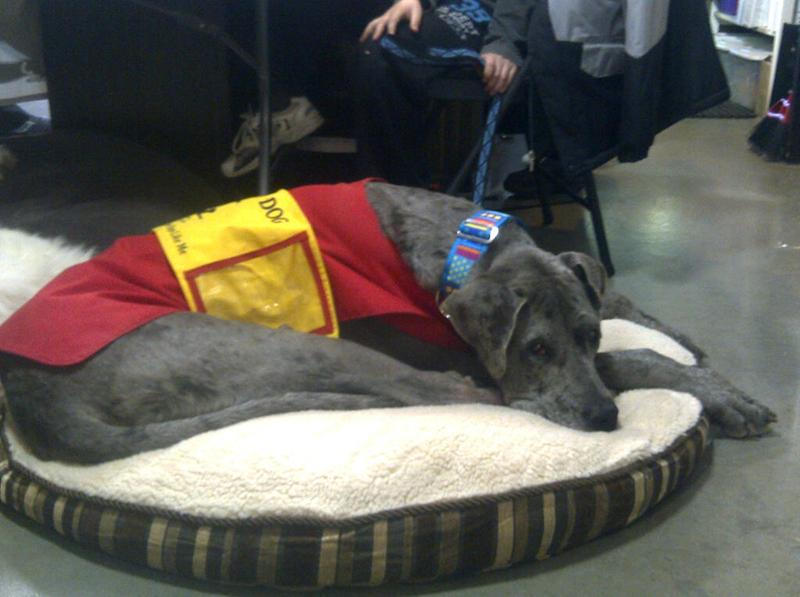 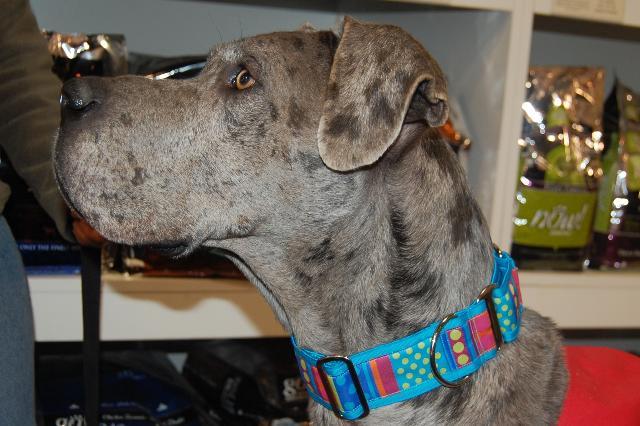 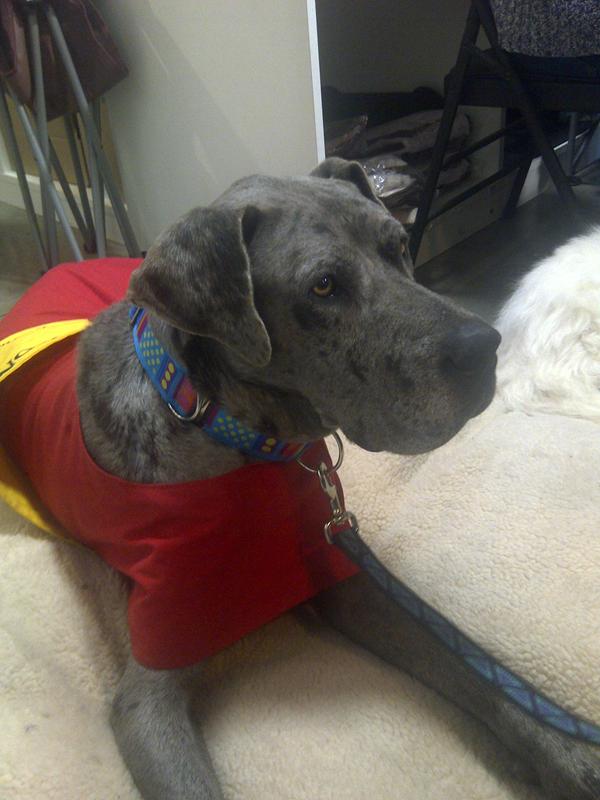