This is another blog LONG in the making!

We were originally thinking that he could possibly be ready back in August yet he began to enter a 'goober' stage of not listening and forgetting all the great manners he had learnt! LOL So, we held him here at BHRR and continued to work on NILIF and Gwennie's boot camp! 😉

This boy is now back in the game with his brain!!! It seemed to have left him for a wee bit but his brain has now been found again…. 😉

ONLY when BHRR's Beau just as with all of our animals; was ready would he be placed up for adoption. NOW, he is ready!

He and his sister have been a real pleasure to have around and this boy is a FAR cry from the one that first came into BHRR! He has just made huge progress in his rehab journey and I am proud of him!!

He LOVES kids of all ages and sizes and all adults and seniors! He gets along with other dogs and no longer has a need of a crate here. Often, he and BHRR's Rain(his sister) could be found resting in a crate together yet he has been eating and sleeping outside of a crate plus when we have to leave the house.

He can be a bit of a mischief maker in his own right. He is not one to 'start' things going rowdy in our home yet he is happy to participate at times and often likes to try and get one last poke or play shove in before the action stops.

He also LOVES when BHRR's Dana decides it is 'ice' time and is one of the first to sit in front of the fridge as she gets the ice maker going.

This boy is FANTABULOUS with puppies! OMG! The abuse he has taken from both JS and some puppy guests we have had here and also Brick as they loved to pull on that gorgeous bushy tail of his and how he has been so patience with them earns him a title of MR. SAINThood indeed!!! Magnificent he has been!!

He is playful when it is time and very well behaved in the house overall. He barely makes a sound and has become such a low maintenance boy.

Sean and I are going to miss this boy and his sister….we still call them our 'SAINT babies' even though they shall soon be one.

BHRR's Beau has made nothing less than a miraculous rehab journey with his mental and emotional rehab. THIS is the boy that took me over 1 hour to even touch when I first went to get him and you show him a treat and he is a friend for life to whomever drops by now. PROUD of you my 'beaubeau'. Just full of oozing pride for the giving of your trust and willingness to let people get close to you. He can be sooooooooooooo affectionate and he is no longer afraid to ask for loving.

He can still be a bit worried with the brushing yet has come to enjoy it for the most part and doing his nails no longer terrifies him. Not his most favourite thing in the world yet he tolerates it well and really enjoys his treats afterwards. There is no issues washing him either. He is very accepting of many things that once frightened him deeply.

I have needed to add photos for some time to his album and please find 5 more photos recently taken of this gorgeous boy!

He will do best in a home that has at least one other right matched personality fit dog(male/female does not matter), responsible / affectionate children are a bonus, a home that is prepared to spend quality time with him to continue him being social and interactive, a home that is going to make him a priority, one that is NOT going to leave him outside as all of our dogs are indoor ones(the amount of times I hear how a Saint Bernard should live outside is incredible….AND wrong…they are pack animals and should be with their families INSIDE), a home that works part-time, semi-retired, works from home, full-time(NO more than 8.5 hours away), a home that likes long nice walks or some hiking and will ensure to his mental stimulation needs.

NOT a lot to ask of the right matched home at all! 😀

He is good with cats too! 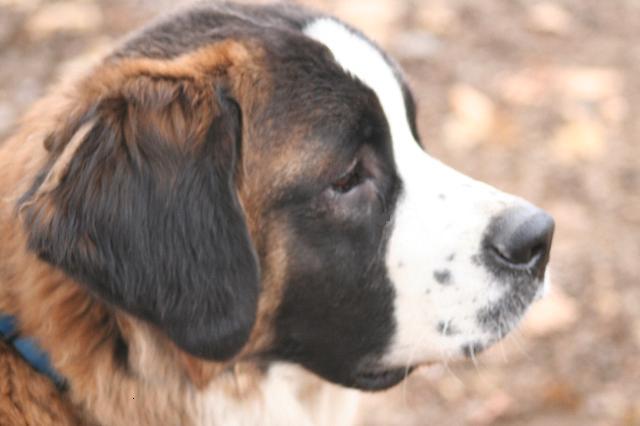 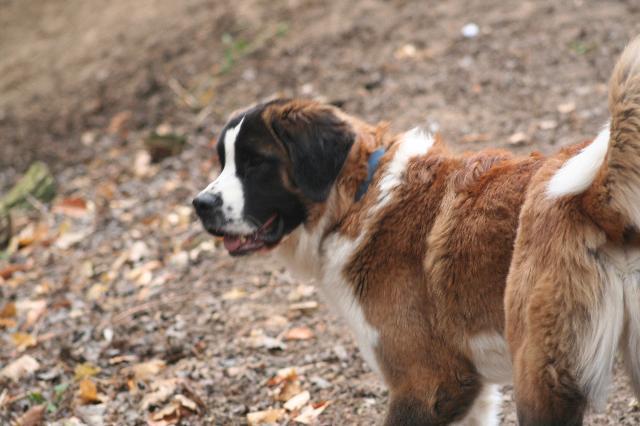