BHRR's Holden is NOW AVAILABLE FOR ADOPTION! Our recent BHRR "EXPERIENCE" Mini Open House was his 'final' test and he passed with flying colours! He was social, comfortable and quietly accepting of all that happened that day!

BHRR's Holden is not an 'in your face' kind of dog. He has faced much rejection in his life and we would love to see him go to a home that will be patient, understanding and continue building him up in social situations without setting him up for failure.

We would love for him to go to a home with a compatible dog; male or female is of no importance. His best friends here are BHRR's Benjamin, Bleach and Caffrey. His newest of bff's is BHRR's Apollo. He is playing and having a blast with the dogs.

He is very gentle in taking treats, is mindful of his manners and his leash manners are a dream! He is very smart and many a compliment came his way on Saturday re: his looks and temperament. When he had had enough of all the attention and activity, he just went calmly to his open crate and laid down. He was the one that was often in the background waiting for someone to notice him as he just let the others dogs mob and mill around the people. KUDOS to all that have read his blogs and understood that he really wants love too and make gentle, patient plus small gestures his way to give him love.

BHRR's Holden can give the appearance of being aloof or reserved yet if you understood Pyr's; you would understand that while they might 'appear' to be that way, they are actually quite affectionate to their families. He is extremely loyal to myself now that I have earned his trust and acceptance plus respect. This boy suffered so much in the way of how many people turned him away when he was a stray before he came across one or two that would throw him a scrap or two of food. Then when all the other dogs came to the abandoned property, it is clear to see from his body condition, that BHRR's Holden was not the one getting it all. He would have surely perished there if he was left and then when they were picked up by animal control, he was within one day of being pts before he was rescued.

So, it is now our responsibility to do right by him and a home that works part-time, is semi-retired or even that right full-time home would be a good match. He loves being around his humans and is still learning about asking for love when he wants it and not on humans terms. He is still hesitant more about men than women yet has made leaps and bounds in that area.

We hope that his right forever matched home can see beyond the 'facade' he has built up to handle rejection and get to know the 'real' him to the soft, kind, gentle, super sweet adorable boy he is inside. He really was a boy that when I first saw him, that I wanted to snatch him up and hug him close and reassure him that all would be ok now.

His eyes connect to a soul that has seen much and experienced much and it is clearly not all good….

The honeymoon period is now over at BHRR for him and it is good to see him stand up and push his friends around and not worry about being corrected in a manner any more than a tone of  voice. He has an impish side this boy and to me is a WOW DOG!

We would recommend being careful with stuffies around him!

I shall be bringing him in again soon to see how his weight is going but he is getting better and better!

Below is one picture from June 5th and one from June 21st of BHRR's Holden. 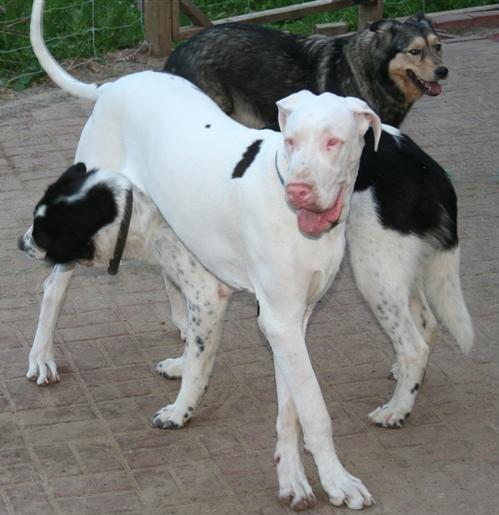 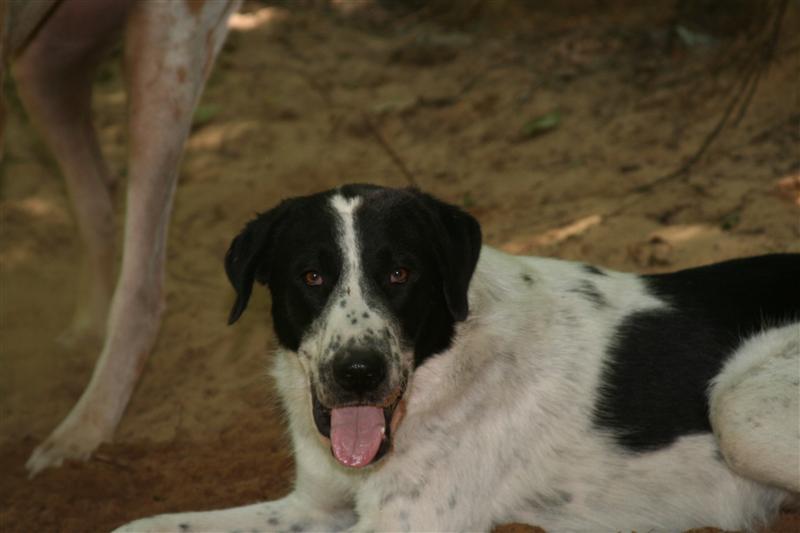