6 of The Bakers Dozen were at LAH today for their latest exams, to get updated weights and for vaccines!

BHRR’s Murray while still being weaned of off his pred  from his puppy pyoderma – now getting 10 mg daily – is finally healthy to begin his own vaccine protocol! YAY!

Unfortunately, there is no group photo as Sean forgot to get one and as I had to be at Alta Vista AH as BHRR’s Carlsberg(one of their litter-mates) had been admitted the night before through emerge there, I could not take one myself.

BHRR’s Juniper was noted as having some slightly swollen lymph nodes on her face and the Vet felt it was due to teething.

BHRR’s Murray is still unilaterally cryptorchid(three in this litter were – BHRR’s Fletchers dropped prior to his neuter yet BHRR’s Morty’s did not and per his Vet once he was in doing the surgery, it never would have as it was stuck in the inguinal ring). So, definitely a genetic component with three males all having an Un-descended testicle! 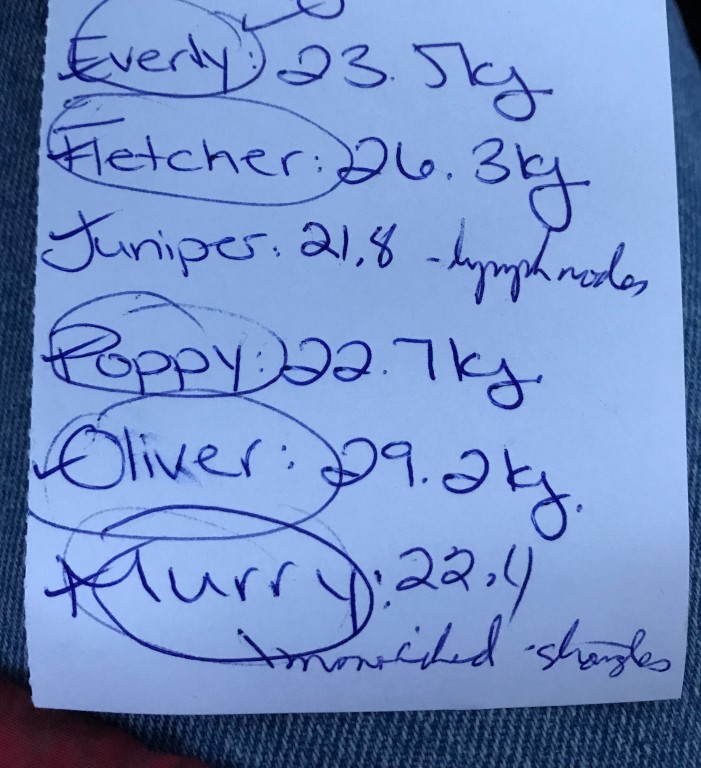