As I posted on the BHRR FB Group, seeing Ben when he was dropped off at KAH yesterday was like having that feeling of 'coming home'. It felt just so right and I literally welled up with tears that he is now here! He was a great car traveller home and the first dog he was integrated with was BHRR's Hailey. If ever there was a dog that could get another to play it was going to be her or my PPSS and as I was told that he played super rough, I did not want PPSS exposed to having his poor hip/knee hurt. However BHRR's Big Ben is not a 'rough' player, especially when it comes next to dogs like BHRR's Hailey! LOL I think he was not aware at one point what 'hit' him for he was almost dizzy with her zipping and zooming and zagging all around him outside with the occasional 'tag' on his body to play!!! He had a few play moments, then I took him in, settled him into a crate(AND this is where I noted the need for obedience, for he layed upon the tiled floor in the sunroom and would not budge). It was like he felt that 'hey, I weigh X and I am not moving and you cannot make me.'  BHRR's Big Ben does not know me very well at this point. 😉 LOL In just a few moments, he was setting into that crate eating a yummy treatie! He had a snooze and by the time I went to bed around 1:30 AM or so, he had been fully integrated with all the dogs. This dog's personality is GLORIOUS!

I switched him up to another crate(for practise) for his dinner and this time, instead of laying down; he decided he was going to back up to avoid doing what I wanted him to do. BHRR's Big Ben does not know me very well at this point. 😉 LOL In just a few moments….again, he was in the crate and having dinner. This time, what I did was that I got a leash, hooked it on; walked him to the masterbedroom door and then walked with confidence and purpose to the crate and the intent was for him to go in and he went right in. No hesitation and complete co-operation. Today, I have had no crate issues. 😉 I think BHRR's Big Ben is getting to know me a little bit better. 😉 LOL I do not believe in negative reinforcement, corporal punishment etc. in the training of ANY dog. I also do not believe in prongs or chokes and the choke that came with him has been removed.

On to some of the history of BHRR's Big Ben.

I have seen his ad on Kijiji since December of 2010; have known one of the previous homes he was in, and despite many passing along BHRR's contact info. plus BHRR stepping up on our own; the person who had him(a RVT to boot) refused rescue assisance. Their words were that they wanted to 'place' him on their own and had told others that they minimally wanted to make $$ back for at least rescuing him and having neutered him. That is not rescue, especially in that he was kept outside in this weather plus fed crap food and had untreated diarrhea issues. In December, an email was also sent out from this person who wanted GD Rescue to send already screened homes her way so that she could sell this Dane to them without much effort on her part to make $$. BHRR is not in the business of helping others 'sell' dogs, especially in situations like this.

Apparently, this boy has been kept outside in this weather, had frostbite on feet and ears and also chronic diarrhea. NOT to mention being frightened, confused and lacking proper social interaction. I keep telling people that NO matter the profession, abusers come in all shapes, professions and sizes. I am often told in reference checks, 'well so and so is a nurse, a RVT, a Vet' and it matters naught to me. Your profession is not validation that you will take proper care of your dogs. BHRR's Lexi and BHRR's Hailey, the domestic abuse case GD's came from one of the wealthiest homes out there and look at what happened to them.

We fast forward to last Monday when I received a phone call from another group who had brought in this Dane two weeks previously and needed some help for the foster home could not handle him. Loved him dearly yet was too much in size, they have a small house, full of puppy antics, lacking in obedience and wanted to play rough plus was so curious about their cat. I had suspected that it was this same GD(the world is small, the GD world even smaller and I have been in theses trenches almost 25 years now) and waited for the detailed information to come my way. I committed on the phone to assist when I could(we do have a pending adoption for BHRR's Frank at this time). Upon receiving the information that confirmed that yes, it was the exact same GD that I have worried about since last fall; I just had to have BHRR step up to assist ASAP. I sent much info. to this foster home re: this past history/background of this GD, including that he is not a PB; including the Kijiji ad etc. for the RVT had told this group that GD rescue was not interested in him. The group was also told by this person that the RVT was not trying to sell him at all. Yet, the truth has now come out and as I always believe in my heart that  the truth does prevail in time and many more people have had their eyes open re: this boy boy's tragic past.

I know of at least 5 HOMES and at least 3 NAMES this poor boy has had and he only just turned 1. It really upsets me to see situations like this. A name is an identity, a very important identity and it is so confusing to a dog to be uprooted to new homes and then to another name. Then people wonder why the dog is 'not listening' and thinks the dog is being stubborn or defiant. It makes the training curve so much longer and difficult in many situations. LORD knows how many names he really has had and if I am aware of 5 homes, I am sure there might be others that I am not aware of. NO dog deserves this.

Knowing that all of this has now come full circle and we can now assist this GDx that I have lost much sleep over, has me just filled with relief and joy!!!!

At this time, BHRR's Big Ben's frost bite is healing well, his diarrhea is much better, he has been put on Sentinel by BHRR; we are proactively de-worming him with Panacur, his flaking skin is much better(we have been giving him raw eggs/shells plus plain yogurt); he has had a bath plus nail trimming. His skin is already less itchy. He also needs more weight. His spine is bony and you can see more of his ribs than I desire to.

Additionally, I would love to do a DNA test on BHRR's Big Ben and I might just drum up some personal money to do that as I am doubting that he has Rottie in him(could be wrong for when it comes to mixes, they do not always visibly show signs of all breeds) but I see more Black & Tan in him(that nose of his was going a mile a minute on the way home!) than Rottie. YET no matter what he is, he is gorgeous, safe and will be done 'right by'.

Public thanks being sent out from the home that was temp fostering him for the other group for she donated a dog bed, a kong and a small bag of dog food for him. SO appreciative and it was such a pleasure meeting you. 🙂 She was so sad to see him go and as many know I have my own interpersonal space issues 😉 ; yet;  I just had to give her a hug of comfort. I also invited her to come out to our February BHRR's "EXPERIENCE' Mini Open House to visit and see first hand what we do here and to love on BHRR's Big Ben.

BHRR's Big Ben's fast and closest friends already are Sir Maestro and Bleach. He will spend hours and hours playing with them. He is loving the 2+ acre fenced in yard yet what he is loving most is that he is allowed inside when he wants to come in. He is still pacing a lot but is now wanting to lay down more and more and he had a GREAT sleep last night. Only some very mild SA whining but I popped another treat into his crate and then he was good for the night.

He has proven himself to be housebroken to date and as of this afternoon was finally more comfortable about drinking water and though he is nervous about drinking when other dogs are also drinking, he will get there. We 'share' in our home. We were told that he had toy resourcing issues yet to date, none of that has been seen, but it is very early on and I cannot wait to have this rehab journey with this boy. He is SWEET, gentle about taking treats(though will not eat them in front of you), so honest about his not wanting to listen and there is a big personality just waiting to pop out of this one and I am excited to learn all about him! AND gosh, he is one nice boy!

I cannot wait for the day when he is comfortable about asking for love and knowing that he is not going to be hurt in the asking for it. Those moments in the rehab process always just melts my heart. 🙂

Below are two photos from today. Not the best for he is alway on the go right now. BUT when he naps, he is napping really well. 😉

Sooooooooooo much to write re: much about this boy yet I shall save that for another blog.

I am going to summarize this blog by saying that even though he has only been here since Saturday, I feel like he has always been here and it feels 'right' and 'good' and Sean feels the same! He has just settled in perfectly and meshes with everyone. He also reminds me somewhat of BHRR's Mr. Parker Paws and apparently also does for Sean for both us us have called him 'Parker' by mistake. 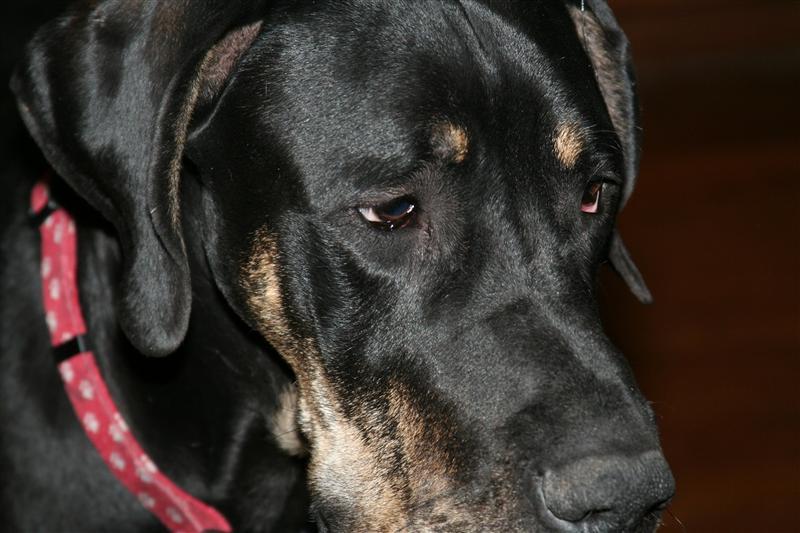 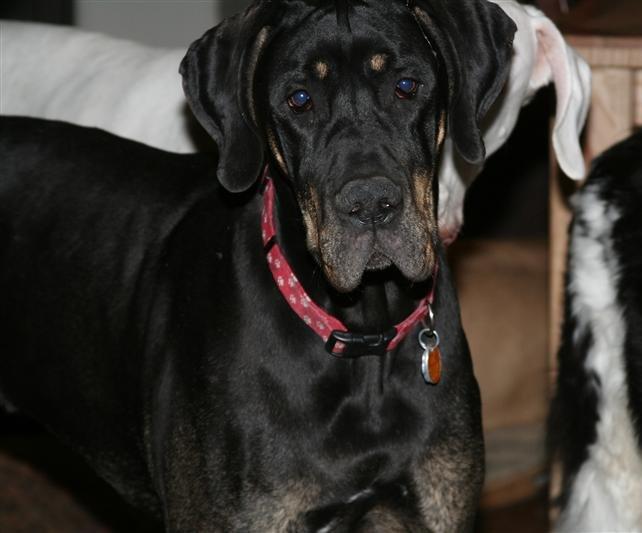