Update: December 16th, 2010 @ 6:20 PM: As of last night, I was able to pull his IV line and I am adding 2 photos below from December 14th, 2010. One thing that Dr. Liston did point out that I have not yet posted was that in the one X-Ray taken of BHRR's Potter; you can see arthritis in his spine. Dr. Liston says that this is very common in Boxers and that he has seen some Boxers whose spines are completely fused. I was able to see this X-Ray for myself when I was at LAH on Tuesday.

Last night BHRR's Potter slept in our bedroom. THIS was the first time since Thursday that he has been able to go into our master bedroom. All I can say was that it FELT so good!!!! 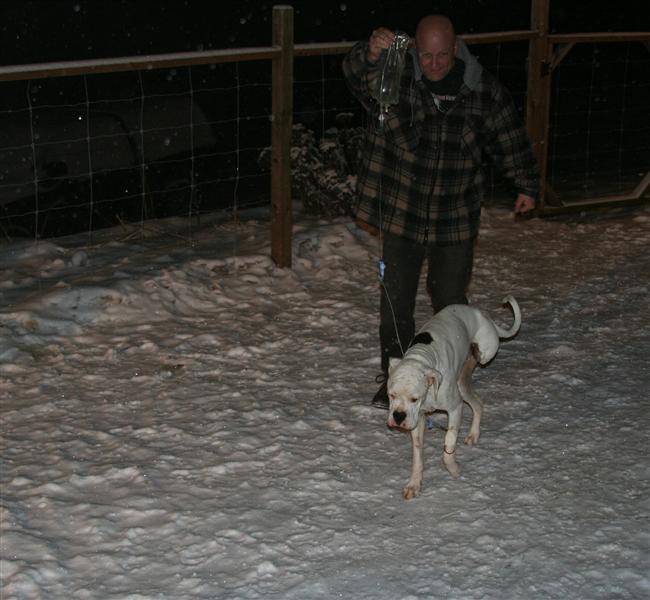 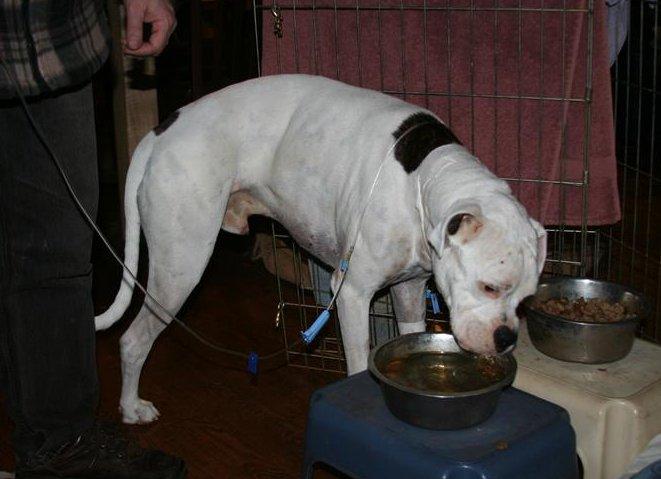