Today, I received an email in respect to the following:

BHRR’s ??? – Male blue with white GD, intact and “had no issues with him in the shelter. He’s been an easy keeper and is a good boy for staff to handle”

He will have a new name for a new beginning.

This is the special boy that we have been working on since the 29th of December. Age not yet known and does not matter. His nose is raw right now due to stress…

What we do know is that the owner used to allow her grandchildren(one is 13) to lay on him, sleep on him, climb all over him and ride him like a horse – yes, totally unacceptable and at one point he was unsupervised with the teenager and an incident happened. No adult was present at the time and what is the real story??

According to the shelter, he is an easy keeper, no signs of any aggression, and a good boy to handle.

AND, during the time this boy has been at the shelter – the home got themselves a new dog and yes, the O. allows the grandchildren to do all the same things to the new dog.

The Shelter believes that he deserves a chance in an experienced GD Rescue/home and we have worked with this shelter several times in the past and we are more than happy to step up….

We are working on a temp foster for either BHRR’s Dyson, BHRR’s Ivy, BHRR’s Leroy per our request posted earlier for approved temp fosters and we have one application received for a possible approved adoption and so, we have committed to assisting this boy.

ETA is as of yet not known BUT we are working on it! 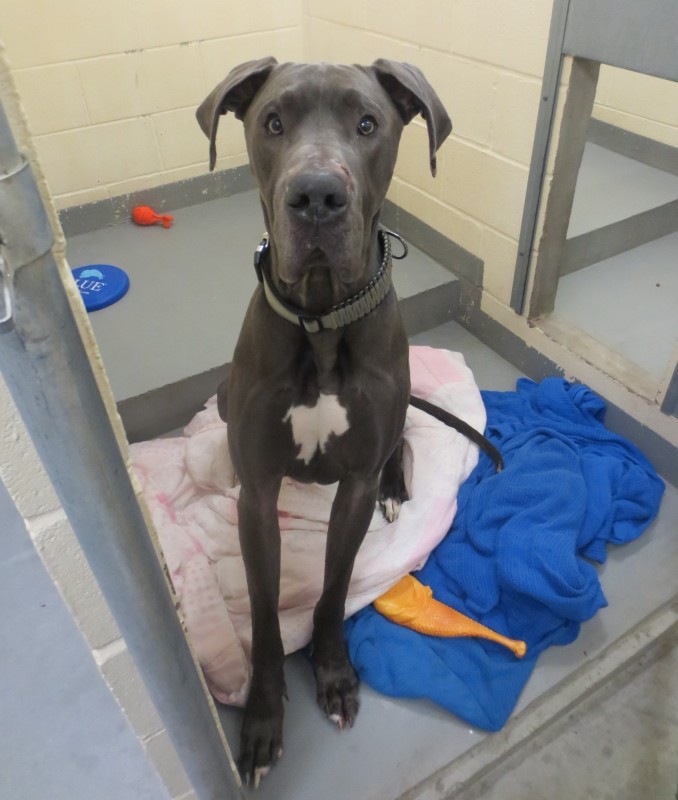