Somone is hanging at KAH today AND is full of so much in good news that he is bursting!

He has put on just shy of another 4 kgs and now weighs 101.64 pounds. He has now put on 33 pounds since he first arrived emaciated to BHRR.

He is healthy enough to receive his Rabies and DAPP and, in three weeks he shall repeat the skin scraping and if he is still all clear on the mange, he will be given his boosters and, be ready to make a special announcement.

The Vet has taken him off the Ivomec and he is going to have a chewable tablet of Bravecto that lasts 3 months instead as studies have proven that there is a great efficacy level for the continued treatment after the negative skin scraping. We could have kept him on the traditional method of the Ivomec yet, it tastes bad and he has been such a trooper since February when he began it.

He is off with me tonight to do a home-visit as a great experience for him and, he wants to thank Wendi for the loving when you came to KAH!

He has come so far in such a short time and his journey with me is quickly coming to a close…he is a huge fav at KAH and many of us are going to well up with the best of tears when it is his time to go to his right matched forever loving adoptive home! 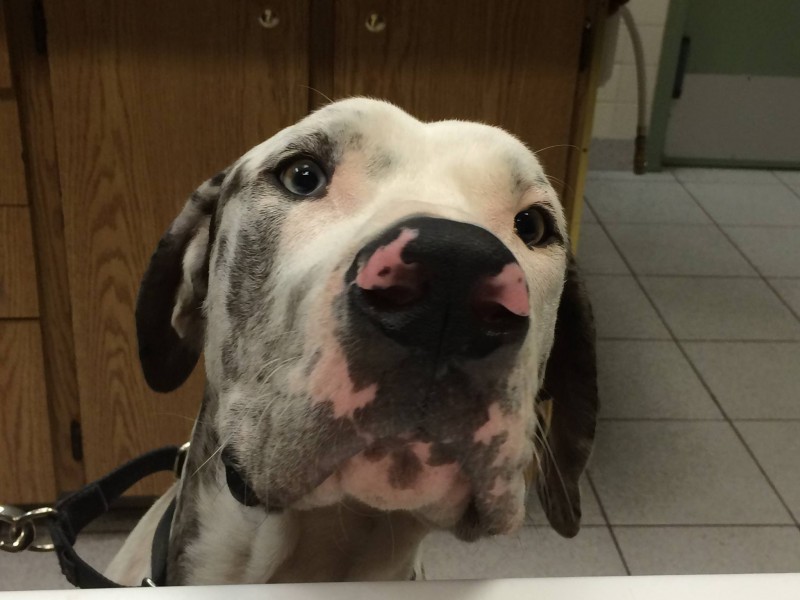