BHRR’s Griffin was at the Vet tonight and weighed 72.82 pounds. He has put on almost 20 pounds since he first arrived to BHRR, 3.5 weeks ago.
He is a wonderful honorary giant of BHRR and, he had a thorough exam, did a heartworm plus tick borne panel including his pre-op blood work and, his Vet agrees he is about 8 months of age. Well less than a year yet, over 6 months.
Not the best photo yet, he is a cutie no matter what!
His vet noted the vulgrus in the one front leg and, he is not limping, sore, no heat and, we will examine further under sedation and do x-rays if his Vets feel necessary.
We were advised after he arrived that someone on his transport noted ‘swelling’ in one front leg and, it was looked at the day he arrived and, nothing has changed since then.
He was quite a good boy overall at the Vet.
He had his boosters tonight also.
Still had moments where he barked to get attention and people had to be asked not to give him treats to reward this negative seeking attention behaviour. It is a big bark on a little dude!
He made friends fast and, his leash manners are coming along! Many folks were so enraptured by his stunning markings and wire hair spread throughout his body.
He is going to be neutered next week along with one of my Texans, ‘Zero’. 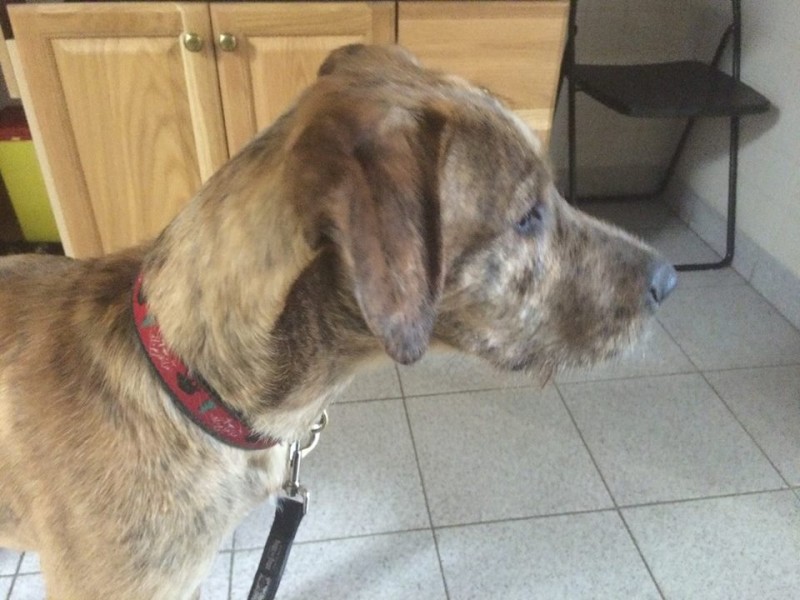