Tonight's CUTENESS Factor!
February 26th, 2015
Skor & BHRR's Herbie – The Love Bug – Two very special Great Danes!
They are having a post-dinner snooze.
You can see BHRR's Gretta behind in the crate relaxing after her own busy afternoon at CWW.
The Vet said last night that he did not look as red/raw as he did when he first arrived and, that was wonderful to hear….
I will bring him in weekly.
We switched him from FROMM Whitefish(did not like) to the FROMM Salmon. He is eating it so much better. 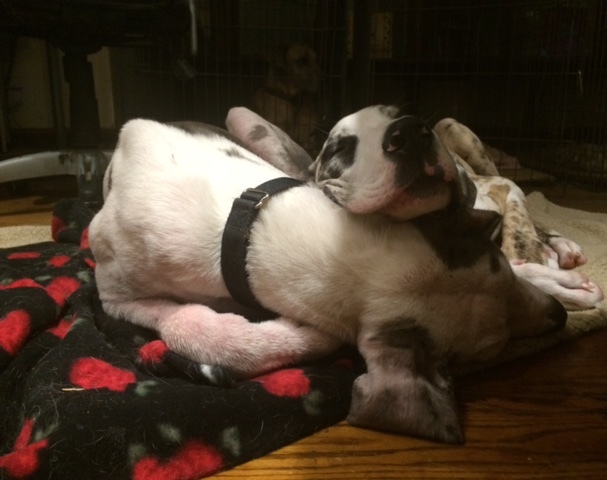