This is not an easy blog post to type. 🙁 BHRR's Nessie remained on antibiotics for over 4 months and, her leg/foot appeared to get better yet, could never quite get there and, then, would get worse and, slightly better and worse again. The other leg, responded fantastic and, there have been no further problems. We kept her on an extended period of time per the one Vet as, the cellulitis was being so persistent in resisting treatment yet, the c&s testing showed that the bacterium was to be sensitive to Clavamox and Doxy both.

So, I realised that, I was looking at something far more than chronic and intensive than, aggressive cellulitis. One of her Vets at KAH put her story plus photo's on the VIN(Veterinary Information Network) while I sought further opinions outside of KAH.

Below are lots of photo's from May 13th, July 15th, and July 25th(this visit with another Vet Hospital, Dr. Liston & consult with specialist Dr. Javinsky). 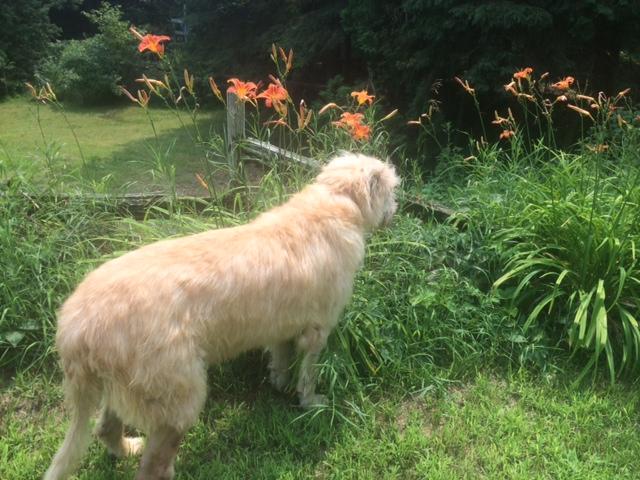 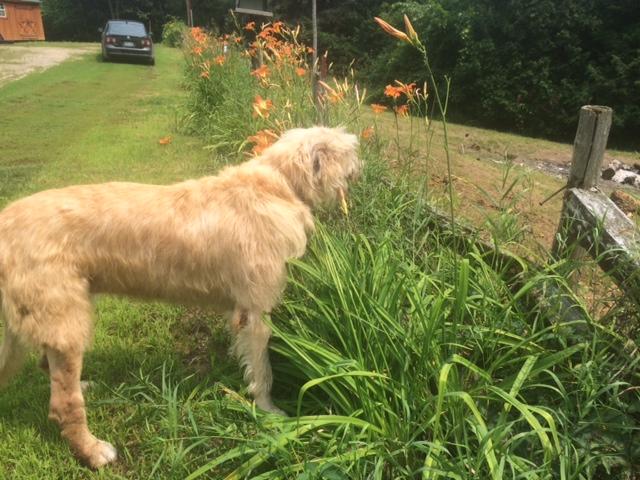 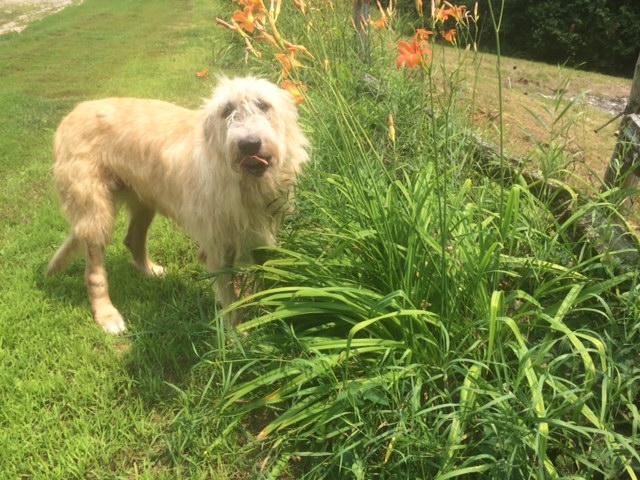 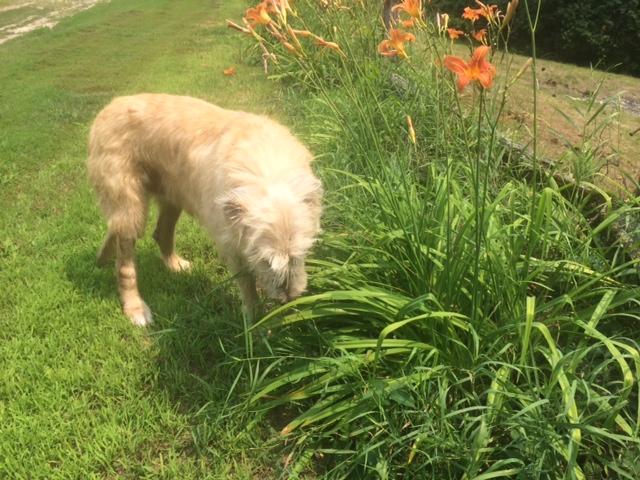 She had a Vet team of 4 at KAH trying to continue to figure out what was happening and, for a new look on things.

Dr. Liston reviewed her miles and miles of files and test results and, there were two things(interestingly enough, those were the exact two things, we found out later that the specialist on the VIN network suggested), he felt it could be. He disagreed from her team at KAH that a biopsy should be done as, he felt that there was virtually nothing to biopsy and, that we were not looking at a skin situation. The specialist on VIN(will have to get their name from the records), did recommend a skin biopsy and, the next step plans with Dr. Liston on July 25th, 2014 was as follows. The specialist was in agreement with Dr. Liston that, we were not looking at a condition of only cellulitis. We were looking at something far more serious and, gave me credit for continuing to try and figure things out for BHRR's Nessie for we have/had done so much for her over the past year and, have given her a great quality filled life. She has been to community education plus awareness events, went to Alcatel-Lucent last December for a lunch hour as part of www.Juliashelpinghand.ca  and, walks/hikes and, car rides and memory moment experiences etc. Her emotional and medical welfare were being addressed and, her structural obedience really saw her settle into a great dog. She came to work with me more than once to just hang!

Her thyroid testing had shown a level of 18. Quite low normal. One of the things that was presented by both Dr. Liston and the VIN specialist was Thyroid Lymphangitis .and, the other condition was Vasculitis. Both Vets, and Dr. Janvinsky concurred, had the following to impart as to their positioning.

1) As her thyroid was a low normal, detailed thyroid panel on Friday July 25th and, the recommendation was to keep her on her antibiotics until the results came on on the Monday.
2) If her thyroid was normal, then we were most likely looking at Vasculitis and, sadly, in animal medicine, there are no medical surgical options for veinous surgeries to make her better. AND, the rationale behind, this possible prognosis is that before she came to BHRR, she had bloated more than once, had a pexy surgery, had more than one obstruction and, when she was surrendered to us in August of 2013, she had an obstruction and was bloated. All of these bloats takes a huge toll on the heart and circulatory system and, being a giant breed dog, her system was greatly affected. AND, after she was surrendered to BHRR, we suspected that she may have also had Wobblers, we ruled out Addison's plus Cushing's and did receive the diagnosis of Wobblers. This, also greatly affects the circulatory system and, being a giant breed dog, even more so. So, this poor dog was being really whammied. AND, she was approaching age 5, not, being the most healthy or strongest of IW, her system was more sluggish than a younger, more healthy dog, and, being a giant breed dog, she was even more affected with the aging process.

All of us crossed our fingers that she fell into situation #1 and not, situation #2.

The results came in on Monday July 28th, and, sadly, her thyroid was completely normal. 🙁 One Vet and, two Specialists confirmed that BHRR's Nessie fell into #2 and, that, while the antibiotics were trying their best to control the cellulitis infection, it could no longer completely resolve things this time around. The blood was pooling, and not being able to circulate properly, was a breeding ground of bacteria and, even, in trying to keep her leg/foot shaved and clean, for, when it would 'track' and 'ooze', it was never healing. We were in fact, slowly losing the battle and, the situation was getting worse.

AND, most incredibly through all of this, BHRR's Nessie was happy, no fever AT all, eating, and drinking, and, doing her wobbly bobbly trotting and, being so affectionate. AMAZED were all the Vets involved, which were now 7 on her team, that included two specialists.

As, I listened to all that was being said my way, I knew that I had to keep quality of life prevalent and, it is hard. I have known this IW since she was a young pup. We have spent thousands and thousands of hours and, money and time and love and effort trying to make her world 'right' and, in the end, we were going to lose her. I was frustrated. She had so many medical issues when she was surrendered and, the toll by then on her body, just could not be reversed. As she aged, (AND, to me 5 is middle-age, not old by any means for an IW), her body was having a harder time. 🙁

I had a tough decision to make and, as, I talked to the Vets, asked more questions and, got their own professional input, it echoed my own thoughts and fears. Stop the antibiotics, keep up with the Deramaxx and, love her for as long as we can. 🙁 🙁 The medications while not, healing her, were doing some good yet, were slowly losing efficacy and, being on the antibiotics for 16+ weeks, was more than long enough. They were causing her to have some diarrhea and, were going to begin to cause damage to her internal organ function.

So, we, plan on giving her day by day loving and, quality of life and, she went back to her perma-foster for a few weeks, for them to say their good-byes also(she had been back with me since March 2014 as, we worked to figure things out for her) and, then come home to me and, I would cross her over. BHRR's Nessie has been back with me since late last week and, I almost let her go on Monday yet, I wanted(selfish perhaps) some more time with her and, for her to be with all her doggie friends for a few more days.

She is schedule to be held in my loving arms and crossed over when I work tomorrow – Thursday August 21st, 2014. It will be one of the longest and, most agonizing days of my life. The BHRR's Nessie that I know and love is not as well as she once was, you can tell that now being off all antibiotics, that she does not feel as good and, is not as energetic or happy. She has spent yesterday and today, laying on her favourite spot on our hill(just as many others before her have done – BHRR's Maggie May for one) watching and, enjoying her friends. She was not as playful as before I sent her back to her perma-foster home yet, you can tell how much she loved being back with all her buds and, us…….

There were so many stories and updates on her blog that I never put in as, we had to go legal per threats made our way by two in-laws(MIL and sister of the MIL) of the real O. of her that signed her over to us, in the presence of a licensed Vet and, had been given options discounts plus payment plans for them to keep her and, were told to think about it and, they took several hours to do so – left the Hospital and, came back. They had made it clear the day she was admitted to KAH, that, they would put her to sleep this time if she had an obstruction, were expecting their first child and, BHRR offered to take her the next AM, when things were not improving for this lovely IW after a night on fluids and, the barium series the next am, showed that things were not motile like they should be.

Yet, while, I did not post a lot on her, throughout her time with BHRR, I took photo's and video and, will fill in more of her journey and amazing life in our Haven program once, my heart lessens in pain.

She would have made a great therapy dog….I am finding myself gasping with air, even typing this blog. 🙁 🙁 Having just let one of my blind/deaf Great Danes go on July 8th, there shall be another raw gaping would blown into my heart and soul tomorrow. 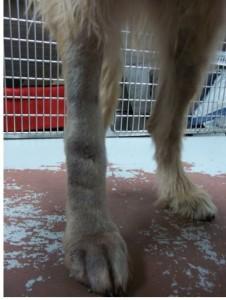 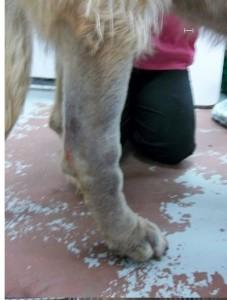 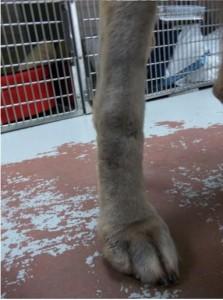 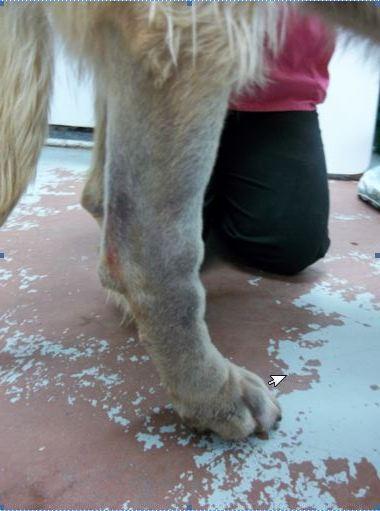 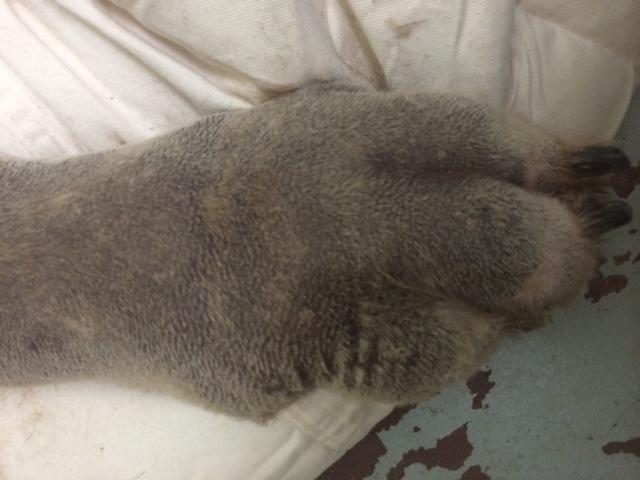 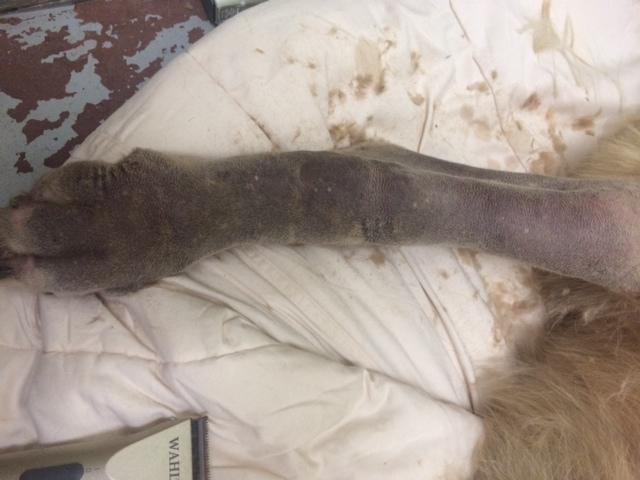