Remember this once terrified – head down, tail tucked, terrified(remember the video's of him cowering under a desk while at the shelter?! ) emaciated Great Dane that only weighed barely 96 pounds?!!!
LOOK at him now!!! No longer emaciated! Head up, relaxed, curious and, he does the best windmill of tail wags!
**He needs a quiet home, and, one that shall continue to keep building upon the strong foundation laid at BHRR.
This was taken at KAH on Friday June 27th, 2014!
STILL AVAILABLE FOR ADOPTION!

BHRR's Canvas now weighs 55.1 KGs! 🙂 He did so well at the Vet. He was very brave and proud of him!!!! Below are some photo's of him! Heart and lungs are great and, the Vet LOVED how far he has come in rehab, both emotionally and physically. We work to keep making him the best dog he can be.

He received so many compliments on his glossy coat, tons of muscle mass and, how handsome he is. 🙂 He was not comfortable enough to take any treats from folks, yet, he was no longer that catatonic dog that first arrived to BHRR.

I ended up not bringing him to the hv as, I needed to see how BHRR's Groves did on his own as he, would be the only dog in the home. BHRR's Canvas got to hang out at KAH while we were off doing the home-visit. 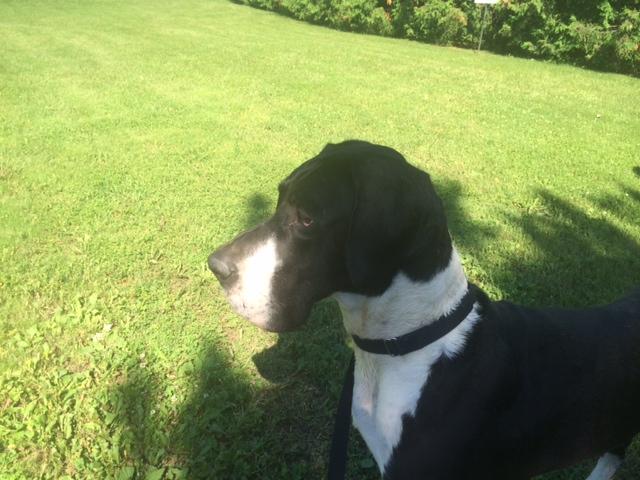 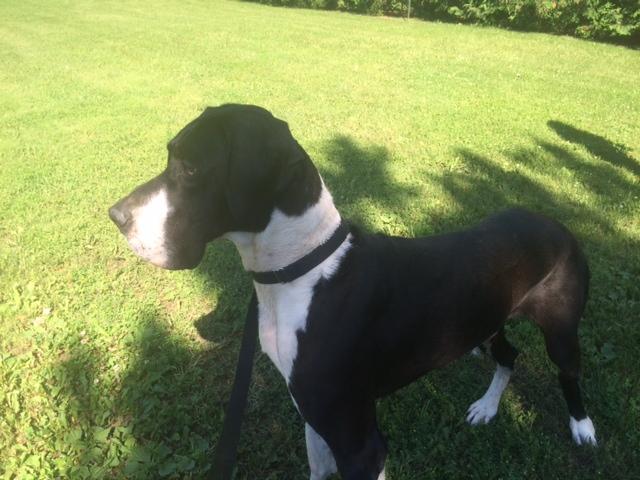