I have added 2 new pictures of BHRR’s Koop to his slideshow #15 & #16. I am so ‘diggin’ this boy! He is sooooooooo affectionate and it is so hard to take pictures of him for he likes to lean right up against me outside or inside! LOL AND if the playing gets too rough with the other dogs, he will also come and lean on you! Koop’s tail is forever wagging and wagging some more. He is such a happy boy. I am thinking that within the 10 -14 days(would like to see him here at least a month from his arrival on March 23rd, 2010) and when he is fully healed from his neuter; that he shall be placed up for adoption. What this boy needed first and foremost is structure, training and consistency that had a routine. He is SOOOOOOOOOO delightful and sweet and since Saturday night, he has not been using a crate at night. I do use one during the day and he is almost always quiet now in his crate, just when I first get home or some squeaks first thing in the morning. He has proven himself trustworthy to date yet at only 7 months, I am not going to ‘set’ him up for failure and yet continue to give him opportunities to make the right choices. He is so good about taking treats from your hand and is not a resourcer over anything to date. He shares so well with the other dogs and his ‘initial’ bravado is just that, a dog that felt he had to step up to take the leadership role and most dogs do not want that role and truly, what he really wanted was a ‘true’ leader to trust and guide him and he is so settled now that he has a clear understanding of what is expected of him. He is that perfect combination right now of personality and confidence without being over the top. He is such a kind and truly gentle boy in so many ways. His ‘recall’ is doing really well too! I am not yet ready to trust him off a leash though outside! 😉 He loves men and women equally and gosh, with the obedience classes that he will be required to take upon his adoption per our adoption contract, he is going to make an inredible addition to someone’s home. He has the best personality and I would like to see him in a home with at least one other dog; male or female is of no matter as long as the other dog is a best matched fit for BHRR’s Koop. He has deeply benefited from having the other dogs around at BHRR to learn and be taught important rules of the house. One of his new best and closest friends is BHRR’s Shiva! They romp and zoom and have a grand ol’ time! His other closest buddy right now is BHRR’s Ava Marie. He seems to instinctively understand that she is not as mobile as his other close playmate BHRR’s Shiva and they just mouth wrestle and play while she lies down. IT is positively precious to watch them. 🙂 I also have yet to take a picture that does this boy justice!!!! He is gorgeous!!!!! 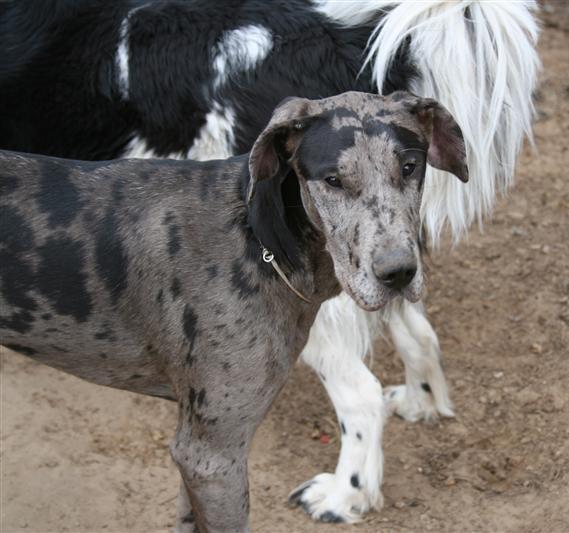