Ideally, we would love to see him in a home with at least one other like minded best matched personality fit dog. He can go to a home that works ft, pt, from home, semi-retired etc. ANOTHER wonderful versatile BHRR doggie!

He is great with all people and when it comes to all dogs, if you are calm and confident, so, is he. We do not know what his ‘X’ breed is….we, are looking at doing a DNA test to rule out PB, to make sure that he would be placed responsibly if so – out of the province of Ontario.

He will resource and, has come a long way with ‘sharing’ water and toys. High value items, such as smoked knuckle bones are not given to him around other dogs. He had some fear when he first arrived and when he first arrived, in unfamiliar stressful settings would do a fear growl ONLY at some other dogs(never humans) yet, as mentioned above, if you are calm and confident, so, is he and he has not had any of that behavour in many many many weeks.

He is eager to please, very obedient and has come to several of our BHRR Community Awareness and Public Education Events – PV Stittsville for the ‘THANKS FOR GIVING’ event in October and on November 30th at PV Hazeldean AND just this past weekend, he was back at PV Stittsville for photo’s with Santa!

He will go to an experienced dog home. Not necessarily, an experienced Neo, or Boxer or whatever his breed combination are type of home. Some even say Neo/GDx.

He is 100% housebroken. He was about 12 weeks around October 1st, 2013. He is just over 5 months now. He is neutered(The shelter did a pediatric neuter prior to him coming to BHRR), utd on vaccines, microchipped, de-wormed, on revolution and has had obedience work plus has been fully assessed/evaluated.

He is a wonderful boy! In the right hands, he shall continue on that route. He is SO happy…that butt wags ALL the time! 🙂 He is a HUGE fav at BHRR and has fans all across the globe! 🙂 This boy is very special to several of us for it is very strongly believed that he was saved in by an incredibly beautiful rescue angel who had crossed over recently. If it were not for ‘her’ and, that many people believed they saw ‘her’ on the ramp ‘looking for a specific on this earth rescue angel'(they worked very closely together) that led down to where the dogs are kept prior to being gassed, this boy would not be here today. Believe in these words or not, for me, to know that it was not one or two or three that saw this RIP person on this ramp of the shelter that she worked at for 26 years, looking and asking people that had not yet known that she crossed over for this other person, is up to you. 😉 🙂

All, I know is that I had to name this boy after this wonderful soul. The last dog that BHRR brought in that she saved in life was BHRR’s Flint and, we have the first dog that she saved in death, and, he is her namesake….read this blog and call all of us crazy, yet, I will not question the fates that brought everything into alignment and that this puppy is now saved.

Below are two photo’s of him from November 18th, 2013. There are some holes in his blog history posts to date(ie how he came to be at BHRR etc.) and I, shall add through time ASAP and one has to go right to the bottom of the page and read in chronological order to read all of his blogs. I do not wish to hold him up from being placed up for adoption any longer as I work to get the blogs updated. He battled Giarrdia and is now ‘clear’ and, can go up for adoption! 🙂 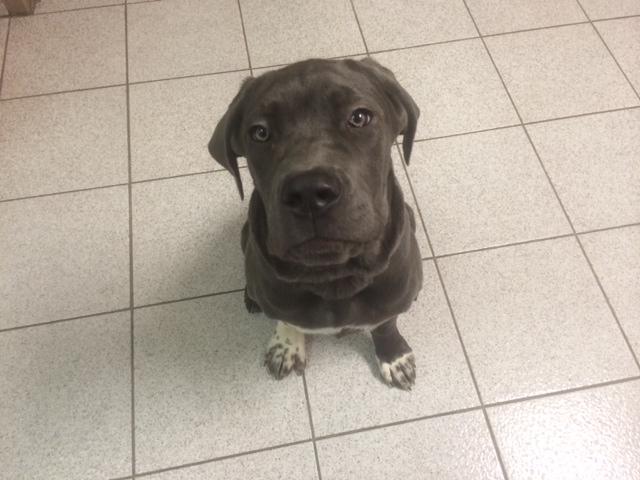 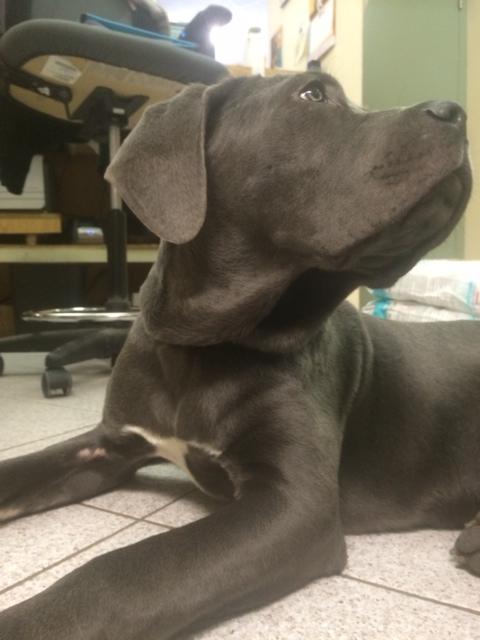