Rest in Eternal Peace…. ? – October 7th, 2013
M&M(Magical Mastiff) BHRR's Titus, the Neo ~10.5 years of age
We were first contacted to assist this fine older gentleman in April of 2013 and bring in to our BHRR Haven Program. We did not have a spot at that time and we put him on our waiting list and hoped we could assist him very soon….
He arrived to BHRR on May 11th, 2013 and had per two Vets/Specialist both from Toronto and KAH:
"He has a variety of musculoskeletal issues. He is dysplastic in both of his hips and elbows as well as having arthritis in his spine."
We were advised that we would most likely 'lose' him in a matter of weeks yet, with proper care that involved alternative therapies such as hydrotherapy, massage, acupuncture and chiropractic treatments in addition to proper nutrition and exercise, the muscle mass plus tone he developed and how much stronger his poor neglected and abused body became….
AND, the dog that was not expected to live past the end of May, GAVE US just 4 days SHY of 5 MIRACLE MONTHS of such personality, heart, soul and kindness and love….
HE had a real 'soft' spot for BHRR's Zara, a fellow Neo here at BHRR!!
HE had such presence and character….he would 'tell me off' if I was late with his supper or that the water bowl was not full enough for him(HE loved a very full water bowl and snorkling and splashing and splishing and sharing!).
AND, the ice cubes…like a kid in a candy store with ice cubes!!! Became a total pup!
He was said to be not good with other dogs, well, many, can attest to JUST how good he was with other dogs and I am so happy that quite a few people attending our recent BHRR 'DINE WITH THE DOGGIES' Event, could meet him…what a ham!
He showed such trust towards the human race who had done so wrong by him….
I could write SOOOOOOOO much, yet, the tears are welling all over again….
THANK YOU MY "TIGHTY MIGHTY TITUS" – for gracing our home and heart…four just shy of a miraculous FIVE MONTHS!!! YOU are so missed by a village and all your BHRR family!
As always, I have learned so much from the dogs that cross our doors and heart, and, you have given me many life lessons……I am richer in the being touched by you…..I sure am going to miss that cute long stubby tail wag and whole butt wiggle of happiness you would give us….. 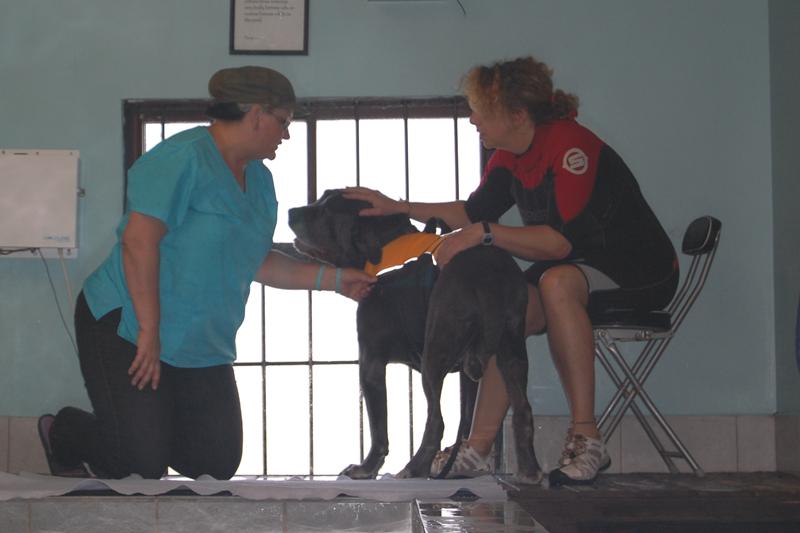 BHRR's Titus – Summer of 2013 at CWW(Canine Water Wellness) – I will miss how he used to look at me and it would melt me to my soul
*photo's courtesy of M. Aris 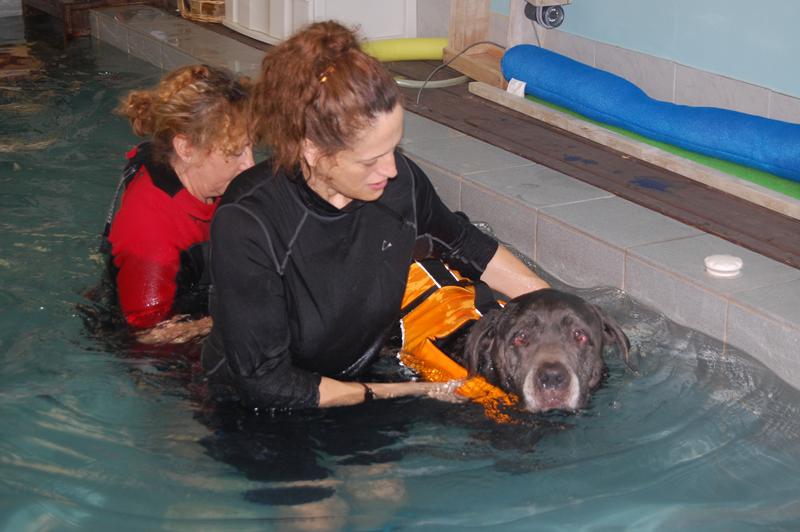 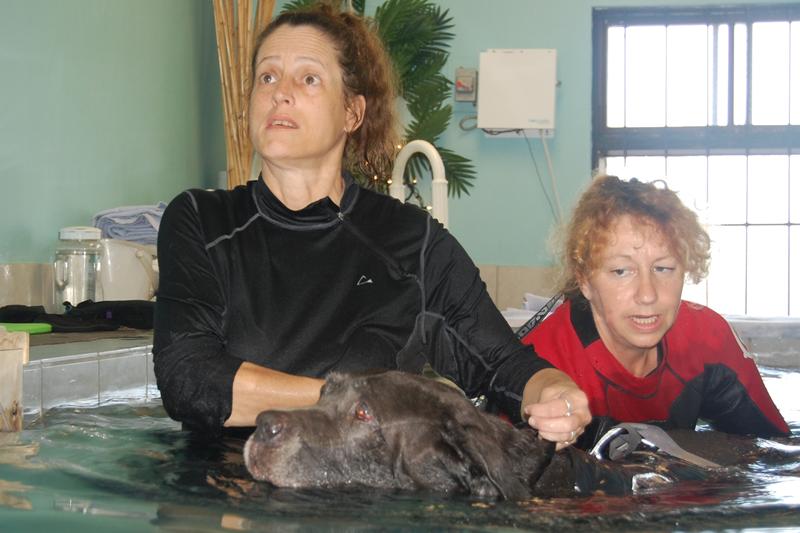