UPDATE: per a post made on BHRR’s Breen’s facebook album, he had to have his x-rays under sedation rescheduled due to an emergency that came in when he was at the Hospital.
He came to work with me today and we did no less than 8 x-rays on elbows, knees and hips plus shoulders and spine.
Per his one Vet, they described his hips as ‘smashed femoral heads’ and he has a fractured right hip(unknown how long it has been there), partial cruciate tears and his right elbow also has dysphasia.
These are his initial review results. His one Vet is reviewing much closer and they shall be sent to Dr. Philibert to review and also discussed with ortho specialists on VIN.
At this time, he does not appear to be a candidate for CWW and we will be discussing his case further with Vets like Dr. Gumley(I used to also work with his now ex wife) to see if we can do other forms of alternative therapy for him.
A FHO surgery also has not yet been ruled out at this time.
We shall see what all the experts combined in addition to his dedicated Vet team at KAH come to for a best move forward plan treatment plan based upon my criteria of quality of life first and foremost……I will post his x-rays too.
He is on Deramaxx and Gabapentin and has already put on almost 5 pounds. Still painfully thin and we do wish to keep him on the lean side.
He will so require a dental….he has worn and chipped teeth. I did bloodwork including a heartworm test as well. When he was under, two of us took a few moments to just trim off those final few matts left. He has been so good in allowing me to groom and bathe him and get rid of most of his matts and now, he is all clear! His nails are nice and short from him be ok with me trimming them to date and so, we did not trim them while he was under.
Neutering him and vaccines are going to wait for now….he is not strong enough….
He has been dewormed and is on revolution and WHO did not love this boy today!! He is a charmer and very worthy of all of the love and attention.
We know his bills will run into the thousands and thousands and thousands and we knew this going in and we are determined to do what he needs and to give him the very best….
My only wish would have been that we were now spring. Winter is going to be hard on him with the cold and increased risk of slipping of falling.
Keep him in your blessings and thoughts and he does have an account at Kanata Animal Hospital under ‘Breen’ for Birch Haven Rescue & Rehabilitation Services.
Wish I had better news…… 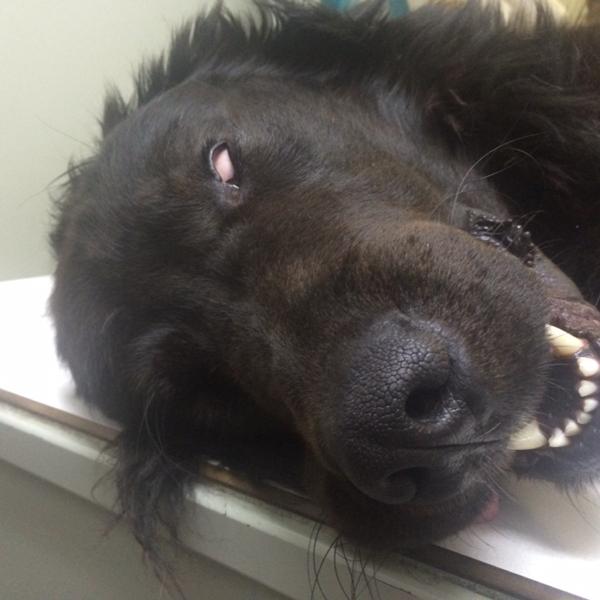 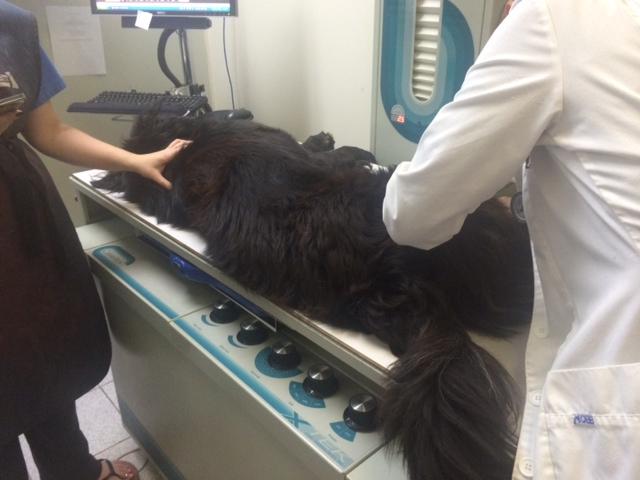