We were contacted earlier this week about an ‘urgent’ ABD(American BullDog) in SWO that needed a Rescue. We waited to see if Bullies in Need could assist and when they responded saying sorry, that they were not in a position to help him; BHRR stepped up. With the help of two very wonderful BHRR Volunteers; BHRR’s Jax shall be here on Sunday night. It was most concerning to learn that our first message to our network asking for help with Jax was not received by many and yet our second request got through – thank goodness- and I have been working almost nonstop over the past 24 hours to try and save this boy. He will not be available for adoption anytime soon. Here is the information that was sent to us on this boy and I have posted two pictures of him below. The shelter is doing X-rays today and will let me know their findings. He is utd on shots and is on flea preventative. I do not know at this time if he is neutered.

Jax is a 9 month old American Bulldog, surrendered to by owners who only had him 1 month claim they do not have time to care for the dog. The dog presented here non weight bearing on the right front leg. After exam our vet feels there is paralysis of the nerve and thinks that amputating would be the best option for this dog (radial paralysis). However we are not equipped for this sort of surgery on such a large dog (65lbs and growing, very tall!).

The following is information from the previous owners:
– lived with a cat (in an apartment) was playful but could be rough
– seemed good with other dogs but did not live with any
– good with their 10 month old child
– had pancreatitis a few months ago on gastro diet
– housetrained
– was allowed to sleep on bed but was also crated when away
– seemed to bark a lot when no one home (neighbors told them)
– knows some basic commands 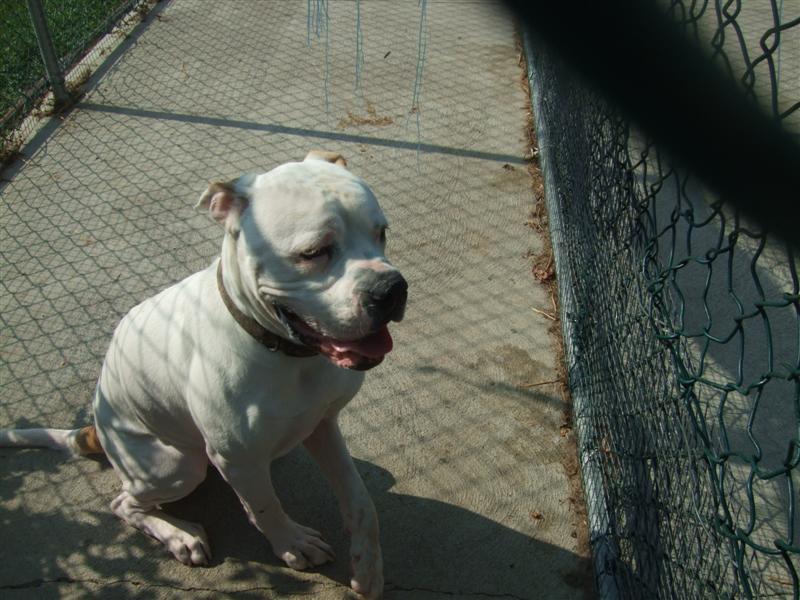 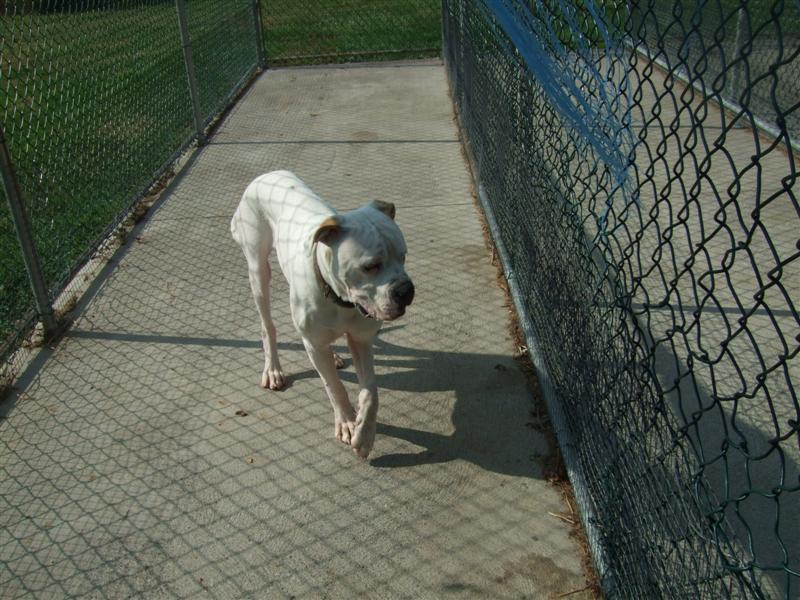 For those not familar with the breed; here is some information on the American BullDog:

The American Bulldog is a loving gentle family companion, good with children and other pets, yet at the same time, fearlessly determined. It has been known to display heroic acts of courage in protecting its master.  Height: Males: 22 – 27 inches; Females: 20 – 25 inches. Weight: Male: 75 – 125 lbs.; Female: 60 – 100 lbs.

History/Origin:
Bulldogs in England were originally working dogs who drove and caught cattle and guarded their masters’ property. At one time, the breed was used in the grueling sport of bull baiting. With the outlawing of the sport in England in 1835, the original type of Bulldog disappeared from Britain and was replaced with the less athletic dog we now know as the English Bulldog. Yet the original Bulldog was preserved by immigrants who brought their working dogs with them to the American South. By the end of World War II, the last remnants of the working English Bulldog were disappearing in the U.S. Thanks to the breeding programs of John D. Johnson and Allen Scott, the breed was brought back from the brink of extinction. The American Bulldog was recognized by the United Kennel Club in 1999 in the rare, working class.  Information from bulldogbreeds.com