BHRR's Velvet is moving to an ADOPTED status! 🙂 She went up for adoption on the 7th of January and now is ADOPTED.

She came with me to do a homevisit today and this home shall adopt her in April of 2013. It will be the same home that adopted BHRR's Maggie May! 🙂

We believe that a home should adopt one dog at a time(we have very rarely – ONLY three times in 17 years adopted two dogs at the same time – and in two cases it was a bonded pair that needed to stay together – did not come in together yet, they bonded at BHRR and needed to be adopted together) and we believe that homes should adopt one dog first and get all settled and then come back for another one.

SO, they shall come back in April and adopt BHRR's Velvet.

Below is a photo of BHRR's Velvet from our traditional Christmas Even photos! I shall take a photo of her and her forever loving family when they come to get her in April.

We learned today that she was great with chi's and cats! 🙂 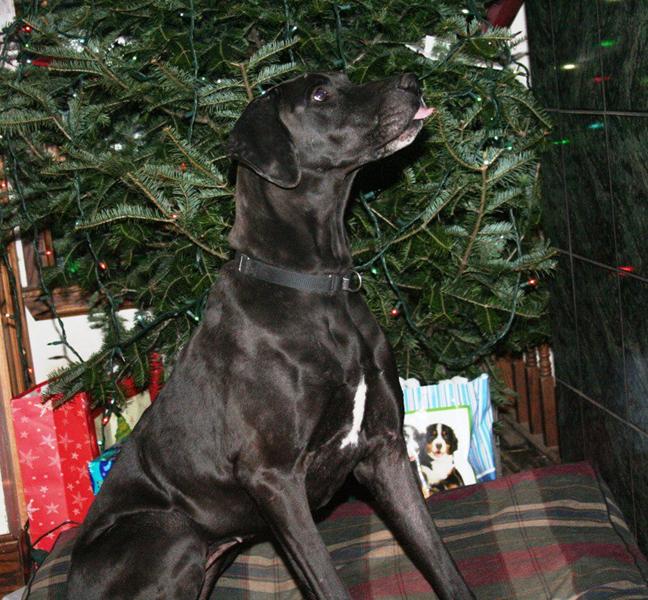