I just realised that I do not have a picture of Porridge posted(yet many know him very well!) and below is one of him not all that long ago. As most know, I remain hesitant in posting too many pictures of him for obvious reasons. THIS is not a colour to be coveted by all. He continues to fare well. He stands just over 39″ to date and it is becoming more and more challenging to feed him as he has to be for he is so tall(my giraffe). Many a Volunteer has arrived at our home to find me standing on the side of my raised ensuite tub on my tiptoes(I am almost 5′ 8″); feeding Porridge as he needs to be fed straight up. What a sight and pair we must make! 😛 We still receive many inquiries on Porridge and he remains in our BHRR Haven Program due to his megaesophagus condition and just as with KB/JB; I would like to take the opportunity for humane and public awareness plus education(and just as with the osteosarcoma information; I shall add this under our “Health” Section under the tab of ‘Other Places To Visit” in our menu bar); to post information on this condition; so that people can better understand what it is it that Porridge lives with every day of his life. Just as a fact, most Breeders – even those that many would consider reputable/quality – will PUT down a MegaE dog.

I think I first need to explain the difference between ‘vomiting’ and ‘regurgitation’ of which the condition MegaE causes.

Most people do not realize that there is a difference between these two actions. Vomiting is an active process. There is gagging, heaving, and retching as the body actively expels stomach contents. Regurgitation is passive. For whatever reason, food is swallowed from the mouth but never really goes anywhere beyond that point. Food sits in the esophagus until it simply falls back out the mouth at some point. In the dog, megaesophagus is the most common cause of regurgitation.

The esophagus is the tube connecting the throat to the stomach. When food is perceived in the esophagus, a neurologic reflex causing sequential muscle contraction and relaxation leads to rapid transport of the food into the stomach, like an elevator going down. Other reflexes prevent breathing during this swallowing process to protect the lungs from aspiration.

When these reflexes are interrupted such as by disease in the esophageal tissue or nerve disease, the esophagus loses its ability to transport food. Instead the esophagus loses all tone and dilates. Also, the reflex protecting the lung is disrupted and aspiration pneumonia commonly follows.

Most cases involve young puppies (Great Danes, Irish setters, Newfoundlands, German Shepherds, Shar pei, and Labrador retrievers are genetically predisposed). In these cases the condition is believed congenital though it often does not show up until the pup begins to try solid food. Congenital megaesophagus is believed to occur due to incomplete nerve development in the esophagus. The good news is that nerve development may improve as the pet matures. Prognosis is thus better for congenital megaesophagus than it is for megaesophagus acquired during adulthood with recovery rates of 20-46% reported in different studies. Most puppies are diagnosed by age 12 weeks though mild cases may not be clearly abnormal until closer to age one year.

In adult dogs, diseases including Cancer that cause nerve damage can lead to Megaesophagus. Myasthenia gravis is considered the most common cause of canine megaesophagus and is one of the first conditions to rule out. Myasthenia gravis is a condition whereby the nerve/muscle junction is destroyed. Signals from the nervous system sent to coordinate esophageal muscle contractions simply cannot be received by the muscle. Megaesophagus is one of its classical signs though general skeletal muscle weakness is frequently associated. This condition is treatable but special testing is needed to confirm it.

Scarring in the esophagus (as would occur after a foreign body episode or with damage to the esophagus from protracted vomiting) may be sufficient to interrupt neurologic transmissions or even narrow the esophagus so that food cannot pass through it. (Such a narrowing is called a “stricture.”) Technically, this is not a true megaesophagus as the muscles are working normally; there is simply an obstruction present. Special balloons can be inserted in the esophagus to dilate the narrowed area but some residual regurgitation is likely to persist. Tumors of the esophagus may have similar effects in that they, too, can cause obstruction.

Addison’s disease (hypoadrenocorticism) has also been associated with megaesophagus though this would be a rare cause. This condition represents a deficiency of cortisone production by the adrenal gland. This deficiency alters the metabolism of esophageal muscle. Diagnosis and treatment are not difficult

Many of the above conditions are treatable and it is important to find a cause for megaesophagus if it is at all possible to do so. Despite all the diagnostic tests, unfortunately, the majoritiy of megaesophagus cases are “idiopathic” which means that no underlying cause can be found. The patient is usually age 5-12 years in age and a large or Giant breed dog and must be managed as they are. To minimize the effect of gravity on the food (and thus minimize regurgitation) one must train the dog to eat in an elevated position.This can be hard work. Treatment requires dedication and commitment and still may produce poor results. Be sure your veterinarian has answered all your questions about this condition.

Aspiration pneumonia is treated with fluids and antibiotics as is any other bacterial pneumonia, though these individuals may re-aspirate at any time and require treatment all over again. Hospitalization may be required. 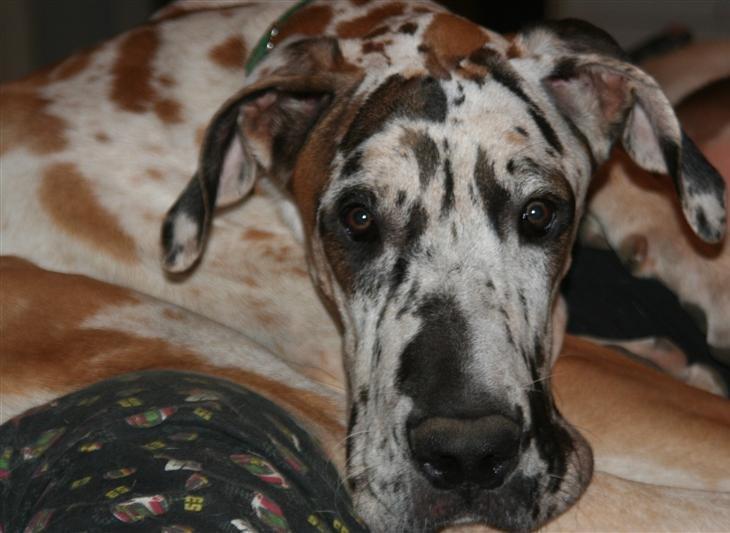