BHRR's Cosette has her ultrasound today to help determine if she has been spayed.

After a mild sedation, she was placed on her back and in shaving her(did not need much); her Vet suggested to shave her higher as she thought she saw a faint line. So, higher up she was shaved and sure enough, there was a very faint line. An old one that suggests that she was spayed quite young and was higher than one would normally expect to find a spay incision.

Her Vet still did an u/s to help confirm the spay and we are a THUMBS up!

Below are two photos taken from today.

Once she puts on a bit more weight and she is also coming with me to our next GD & Honourary GD walk/hike this Sunday; for another social outing; she will be placed up for adoption.

I would really close to 110 pounds right now.

She was so super sweet to everyone…..such a pretty 'wee' giant girl, inside and out! 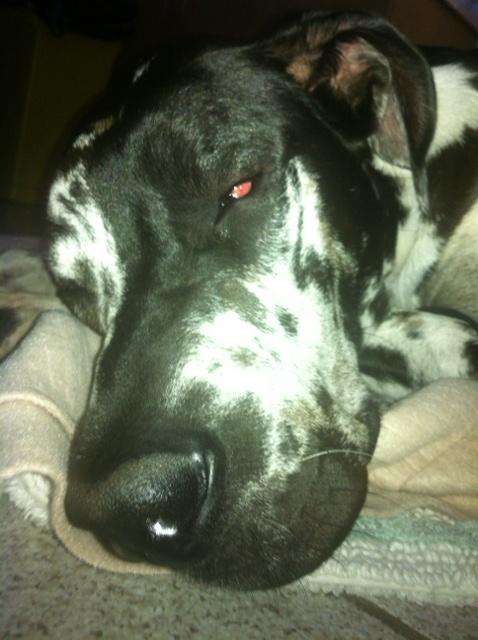 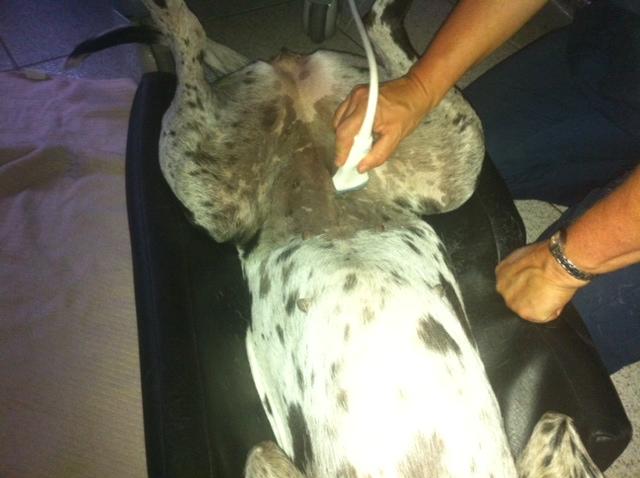