BREAKING NEWS JUST IN! BHRR's Bloom's DNA results FINALLY in! BLOW me way! LOL I thought she was for sure a GDx, possibly with a PitBull and wanted to do the DNA testing to be sure that we adopted her out appropriately as we have the Breed Ban in Ontario BUT she is 100% pure 'teacup' Backyard bred Great Dane!

For the first time in 16 years we did a DNA test on a dog and we have waited with much anticipation for the results and BHRR can now place her up for adoption shortly!

When I received her first gorgeous photos, I was thinking pb GD or GDx and it mattered naught to us what she is really but; when she arrived to BHRR; she is different in person.
Her height is barely mid-thigh and that is the top of her head; her tail, back and butt are also 'atypical' for a GD yet; as we all know bybers breed them in all shapes, sizes and colours.

AND the only reason I did the DNA testing was that 'if' she was part of a breed banned in Ontario; that our group was responsible and showed proactiveness in placing her properly.
I could care less if she was part unicorn!! BHRR committed to her; rehabbed her through her surgery and now can move towards placing her up for adoption!! 🙂

Below are two copies taken of her DNA paperwork! LET there be NO doubt that she has had DNA testing done! 🙂

AND who knew that 'Adele' was the number one name for Female Great Danes!!! 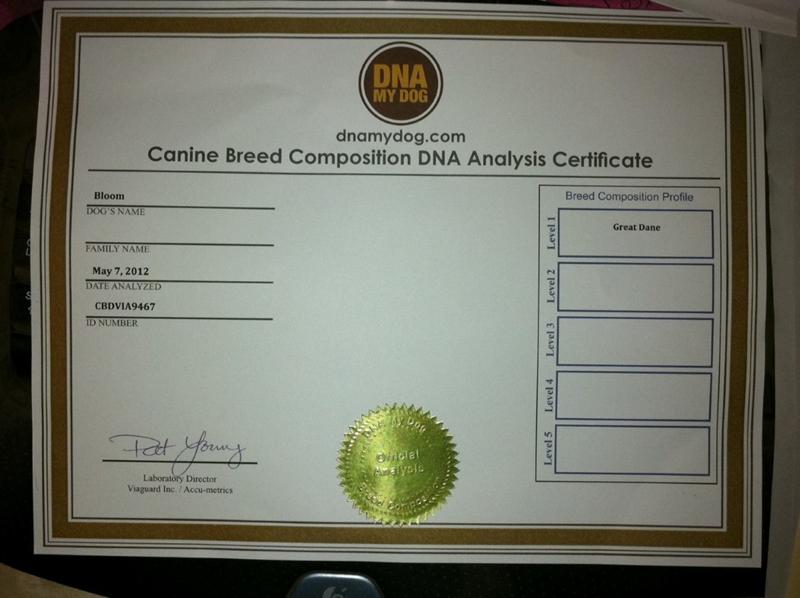 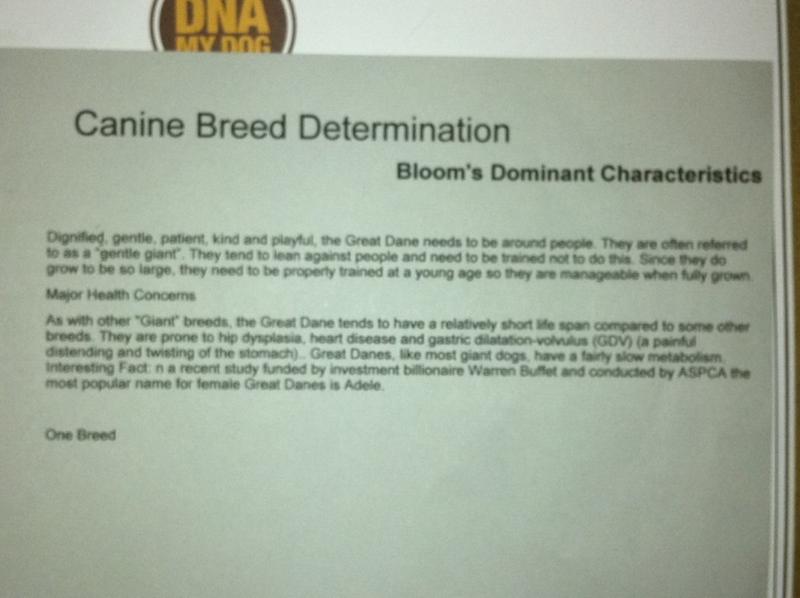