Here is a photo and some observations from BHRR's Cobalt's temp foster mom when she had him during two weeks in March while I had to be out of the country! 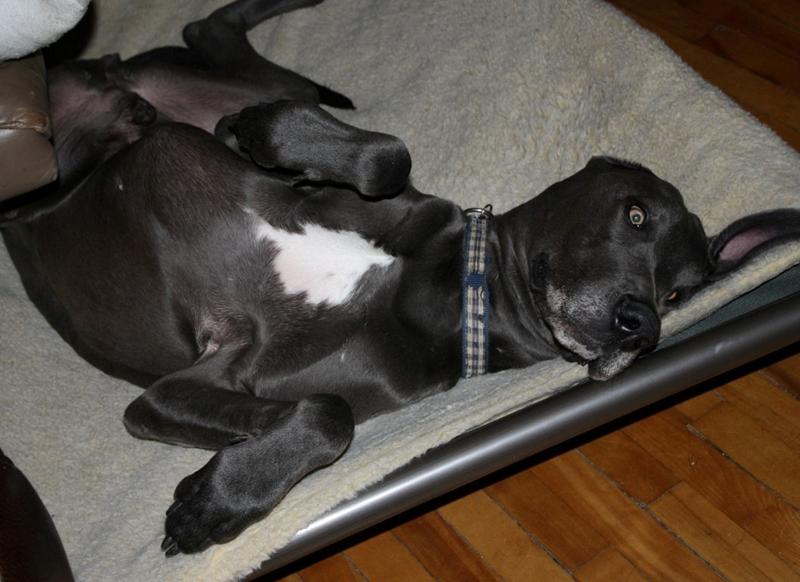 UPDATE: May 10th, 2012: I can vouch that BHRR's Cobalt is good with older cats. He has not been tested with younger cats.