Her weight was 85.14 pounds so she is coming along really nicely!

We also did her nails while she was under sedation plus microchipped her.

The Vet feels that her leg is healiing really well, slow but sure and she is to remain on crate rest until March 2nd, 2012. From there, we shall be able to begin to give her more house freedom yet outside shall remain on leash only! No playing or romping or zooming, especially with this snow/ice! This leg is going to need another 3 months of very careful monitoring and per the Vet, the cold shall continue to most likely make her leg feel sensitive due to the metal plate/screws. So far, she does not seem bothered yet BHRR's Bloom is not bothered by much! 😀

We shall re-evaluate again in March her progress.

She is such a trooper!

I took a small poll of those I work with as to their own thoughts re: her breed(s) and everyone is in agreement of the two possible breeds she most likely has in her; and one or two also mentioned Weim. Interesting! That had crossed my mind at one time too, yet, I am going to wait and see what comes in from her DNA testing.

We area also in agreement that she is a very social fireball of a dog! LOL

Her leash manner were SOOOOOOOOOOOO much better. We are getting there! 🙂

She was also very quiet in the back run as we waited for the sedation(Dormitor) to take effect and then after she was given the Antisedan after the X-rays were done and she was back up on her feet. 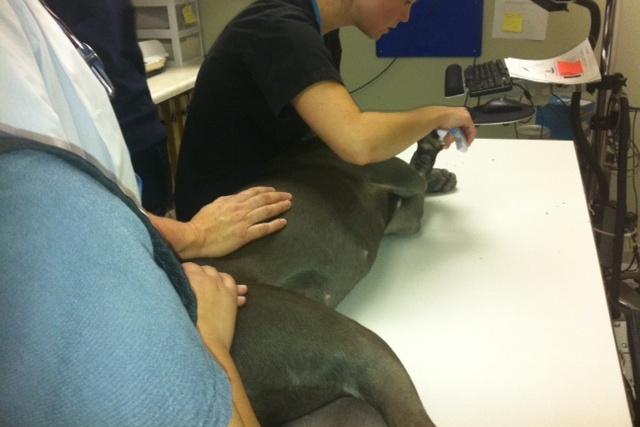 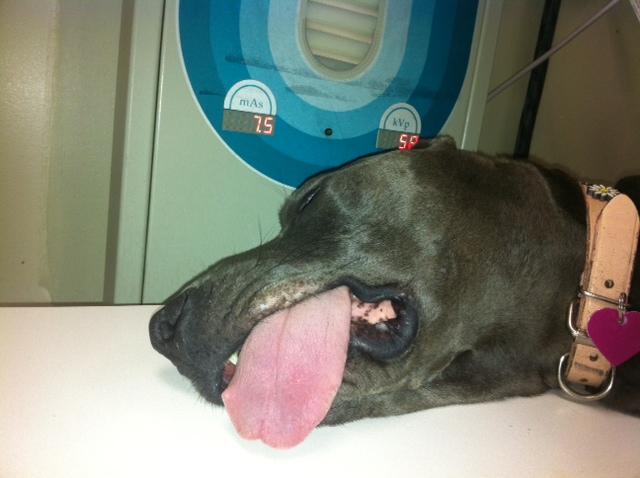