BHRR’s Murray was at KAH for a recheck and pre-operative bloodwork in anticipation of being neutered if he was deemeed healthy enough. He remains cyrptorchid. He is getting ready to reduce his Pred to 5 mg EOD. He has been on Pred since November 2nd, 2017.

His Vet remarked on how much better his skin looked and noted that his lymph nodes are about 1 cm. So, still swollen. He was given the thumbs up to reduce his Pred to 5 mg EOD.

Isn’t he so handsome?! 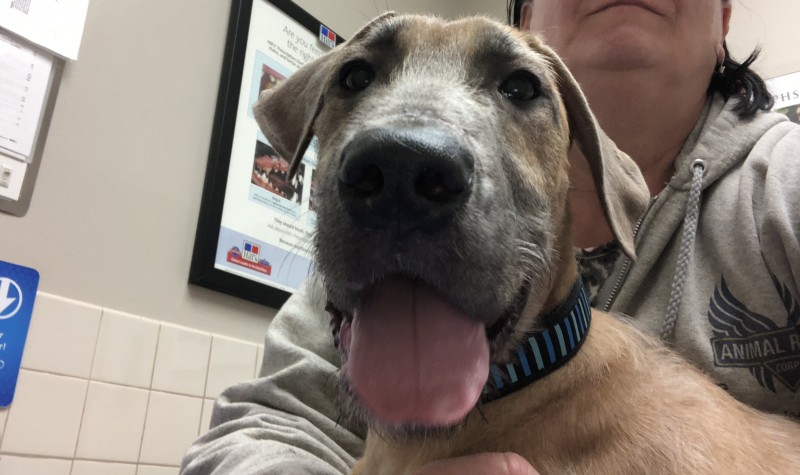 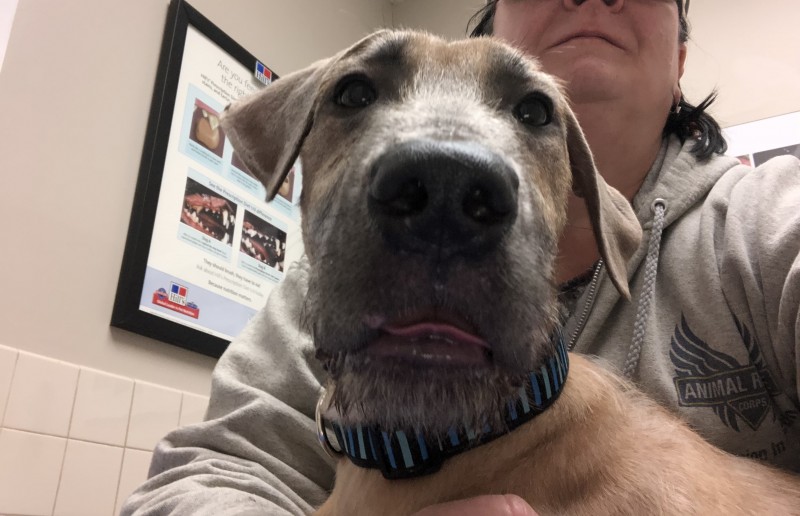