This BBBBB had his second surgery today at LAH to see if we can get that one eye fixed once and for all!

Dr. Liston called me to say that his several further attempts today to ‘tuck’ that third eyelid of BHRR’s Ryder’s back down did not work….it just kept rolling right back up.

So, Dr. Liston did some research and wanted to try cauterising several area’s to then ‘tighten’ things up. If that failed, he would have no choice but to remove the third eyelid as was discussed previously.

Dr. Liston says there is also a malformation of some sort that makes his third eyelid almost too big for his eye.

Dr. Liston feels that the cauterising should work and now we are on our way home after this surgery. His eye is incredibly swollen which Dr. Liston told me it would be and would remain that way for a good 5 days or so.

We have more eye drops – maxitrol to use three times a day for a week and we will monitor.

He is so handsome regardless of his swollen running eye and still dopey from the anesthetic! 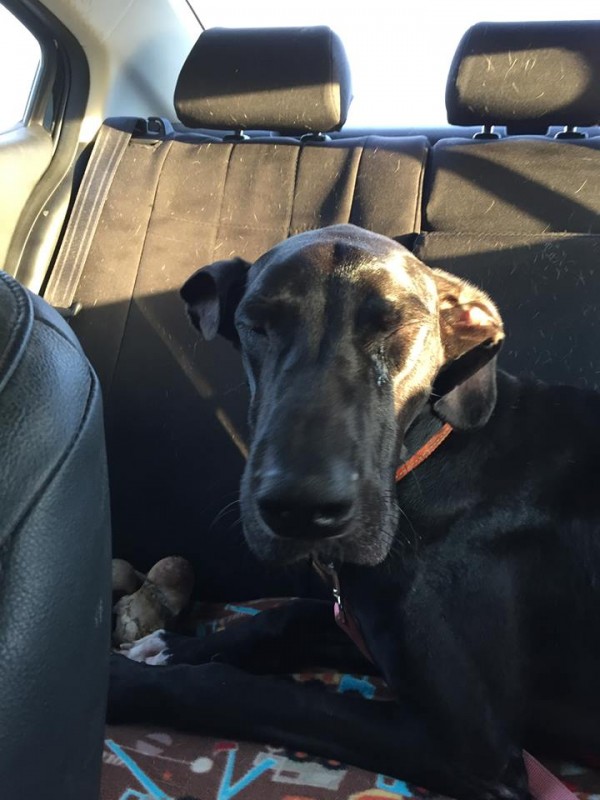